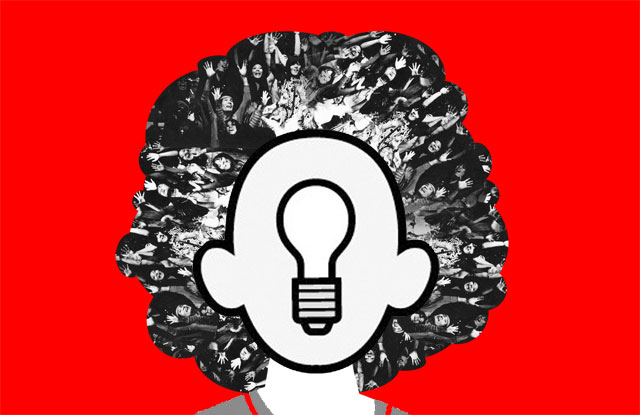 』 would have greatly simplified the mischievous first-year language student’s mission to quickly and thoroughly learn copious profanity in his newfound tongue. But even with such a memorable lyrical assault on bourgeois sexual values stricken from the first fifteen minutes of the stage show, the Japanese Hair still invited angry crackdown from authorities. On February 26, 1970 — just one day before the final performance of the Tokyo run — local fuzz arrested several members of the cast for smoking “dope.” (Oh, they could have so eloquently acted out American hippies had they not been impaired by the effects of demon cannabis!) Needless to say, “Hashish” did not make the final playlist either.

As stated by Julian Cope in his authoritative guide to Japs and their rock, Hair played a critical role in the development of 1970s Japanese underground music. Listening to the 1971 cast recording, however, does not so easily communicate the musical’s gravity; in fact, it’s a bit of a drag. As one of the few people on earth equally obsessed with the nation of Japan and the 1968 Original Broadway Cast recording of Hair

, I have to sadly report back in lexical description of body language: shrug.

(For those who’d like to form their own opinion, the album may or may not be available for download here and here. I wouldn’t know about such things.)

What went wrong? First and foremost, the female vocalists’ lack of talent defies all logical explanation — especially when compared to the charismatic and adept male leads Kahashi Katsumi (aka Toppo from The Tigers) and Minoru (Terada) Domberger. The compromise between original material and Japanese localization also seems fundamentally out of balance. The main producer Kawazoe and the two leads personally adapted the book and plot to fit a Japanese background — Berger becomes a “college dropout” rather than a high-school dropout, etc. — but then went ahead and employed a few African-American ringers to satisfy the musical presuppositions of American racial diversity (and carry everyone else’s load on the major chorus work.) Dropping the needle on the entry grooves, the last thing you expect is Off Broadway’s Chet Fortune launching “Aquarius” (mp3) in native English. Once the local backup singers pop in, however, it’s like you accidentally opened offTunes and can’t Force Quit. To add insult to injury, Verse Three involves Ms. Fortune singing the translated Japanese lyrics with lazy American vowels. This may be a long 49 minutes.

“Donna” (mp3), however, makes up for the previous harmonic and linguistic failures thanks to an extended call-and-response ooh-ooh-ooh-WAH! and serious pep. With openers “Sodomy” and “Hashish” redacted in order to protect public morals, the song list feels spare almost immediately. Despite having black ringer Isaac Clay at beck and call (who, no surprise, gets to sing the line “I’m black” on “I’m Black” [mp3]), the Japanese production regrettably removes all the (incredibly-good) “black” songs like “Colored Spade” and “Abie Baby.” And I guess the producers were not comfortable with large groups of Japanese women lusting after either White Boys or Black Boys (or mixed media), so we lose “Black Boys/White Boys.” The localizers don’t earn their lunch money until loyally translating the extended word jam in “Ain’t Got No Grass” (mp3) that ends with four words never again uttered in succession: 「ニッポン／スペイス／アストロ／キリスト」.

Other songs are not so fun. The catchy 60s chant:

What do we want? Freedom!
When do we want it? Now!

This clumsy translation is an apt metaphor for the entire effort: the Japanese version of Hair takes a musical that elegantly voiced the promise and despair of the American counter-cultural experience in the late 1960s and files down the corners to uncomfortably fit within the tight grid of a bento box. This, however, describes the pattern of Japanese “cool” for the decades that followed. Instead of identifying larger concepts of “youth fashion” or “counterculture” overseas and then championing location innovations within these spheres, both the Japanese media complex and the elitist upper middle-class trend-setters choose to celebrate their inclusion within a cross-cultural international “cool” through the superficial imitation/consumption of Western imports.

There was lots of real-life counter-cultural activity that did not fit into the categorical molds of the “Hair” song catalog. There was a violence in the streets! Rival factions of Marxists and Trotskyites and Revolutionary Marxists with Stars on Their Helmets and Revolutionary Marxists Without Stars on Their Helmets trying to kill each other with long wooden sticks. However, the lack of cultural self-confidence — combined with the (imperialist?) power of Western rock, fashion, and drugs — made Japanese middle-class kids ultimately prefer to play-act fantasy drop-out Vietnam draftees — ignoring the speed freaks, airplane-glue-huffers, and lower-class dandies littering the streets of Shinjuku. Or to offer a more critical reading, those with exclusive access to foreign culture (celebrities, the wealthy, the educated elite) chose to centralize “pop culture” around importation rather than extrapolation to maintain a power based on discrimination through cultural capital. (When less-privileged consumers bent the usage of Western conventions to fit their own social needs — i.e., the Yankii, the Kogyaru — the style council always disapproved for as long as possible.)

There was a constant need for imports in the late 1960s since anything with value originated from overseas, and a commercial structure consolidated to both satiate and guide demand. These structures of Japanese consumer culture, however, generally doom the initial ideology at the heart of any product, whether punk or hip hop or Surveiller et punir

. For its one-sentence tagline of being the “Tribal Love Rock Musical,” Hair is an extremely ambivalent examination of the whole hippie affair. No song may have ever so pointedly critiqued liberal hypocrisy more than “Easy to Be Hard.” This ambivalence was generally gutted in the process of commercialized export/import. Yes, Hair riled the authorities (so did the much tamer Beatlemania only three years earlier), but the “radical” production was essentially a top-down affair. The lead actor was still a member of The Tigers — a massively popular proto-idol group (with male members nicknamed Julie, Sally, and “Pee.”) Hair opened at the Tōkyū Theatre in Shibuya — inside a department store! As much as the “drug bust” sealed the musical’s narrative as “rebellious,” the handful of joints seems quaint when compared to the heroin/cocaine pipeline that flowed through the Lennon/Ono and Jagger/Richards projects overseas at the same time.

So, the Japanese Hair is not as good as the American version? The Japanese didn’t “get” it? These simple conclusions do explain why the album does not have an audience today, but do not justify this previous exposition. Although generally lacking any inherent qualities as a cultural artifact, the staging of Hair still retains a historical significance for two reasons. One, it signals the inclusion of Japan within currents of international youth culture as an equal. Okay, Japan is still adopting overseas culture wholesale, but by the late 1960s, cultural elites are doing it in more-or-less real-time (and even getting high and arrested for getting high!) In 1969, however, the commercial complex was not “mature” enough to start pumping out mass youth culture that could be of any interest to non-Japanese (or even the elitist Japanese.) Hair shows exactly why Japanese cultural histories (the “Top 100 Japanese Rock Records,” for example) generally have to skip the 1960s — a period which still provide the values and norms of American and British youth culture.

Second, Hair demonstrates the most important function of imported counterculture in Japan — it was not a vessel of ideology but a nexus where future talent met and stars demonstrated the potential of “anti-social” culture to the commercial complex. The Japanese recording’s strongest point is the tightness of the band, directed by foreigner Daniel Hurd and featuring talented musicians such as Kosaka Chu (ex-Apryl Fool), Okada Paul (ex-Carnabeats), and drummer Ishikawa Sho. Executive Producer Kawazoe went on to produce Yellow Magic Orchestra among other acts. This pattern of being “in the know” about the latest foreign underground culture may have formed a discriminatory cultural capital, but brought together a small community whose lineage is responsible for most of Japan’s enduring pop cultural achievements.

Now that Japan has gained a pop culture confidence, there has been renewed interest in adding back products of local social dysfunctions to the cultural canon (i.e., the Yankiis). We foreigners tend to denigrate the trendy Japanese embodiment of pre-fab Western counterculture lifestyles, because obviously, we would like to discover something new rather than inferior versions of what we know. But Japanese cultural enthusiasts have always felt the exact same urges, and therefore, overwhelmingly preferred imports to local versions. This forced consumption/embodiment itself to be the central action: the “production” of derivative elements/artifacts based on these imports automatically created inferior “local” culture. Terayama Shuji’s 1970 production Throw Away the Books, Rally In The Streets/『書を捨てよ、町へでよう』is essentially “Hair for the Japanese ’60s” but you rarely hear anyone gushing about its importance. Hair may not be useful today for capturing the mood of thinner-huffing Fūtenzoku squatting out in Shinjuku’s parks, but the whole point was to simply be in “Be-In.”

Posted in Music, The Past 10 Comments »