Performance of East-West Discourses in Tanizaki's "In Praise of Shadows" 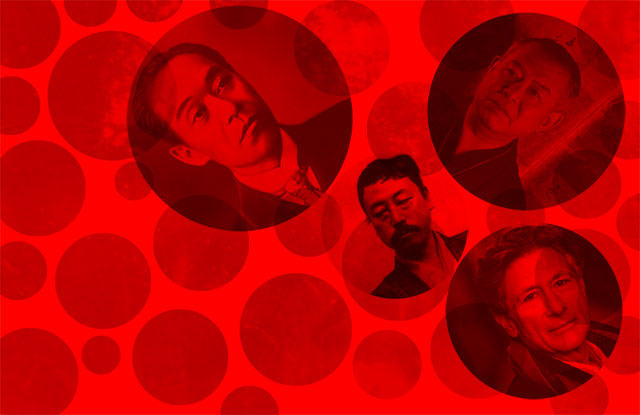 When Edward Said sent shock waves through the academic world by adding “-ize” to the word “Oriental,” writers and scholars everywhere were forced for the first time to think long and hard about the way they represent “the other” (i.e., non-Westerners). No one wanted to be branded with the new label of “Orientalist.” But what Said failed to identify in his study (in his defense, it was beyond the scope of what he set out to do) was Orientalism’s mirror phenomenon, Occidentalism: the East’s construction(s) of the West and, by extension, itself.

With the discovery of this new phenomenon, critics of Said were free again to voice their objections to his ideas — why worry about being called an Orientalist, they asked, when Orientals have been orientalizing themselves all along? As recent scholarship has shown, many of the stereotypes Said viewed as creations of the Western imperial imagination seem to have been, in fact, jointly created. Alastair Bonnett takes it one step further in his The Idea of the West: Politics, Culture and History

(2004) and argues that the notions of both “East” and “West” may largely have been inventions of non-Westerners themselves. The case of writer Tanizaki Jun’ichirō (谷崎潤一郎) (1886-1965) can be seen as further evidence in support of Bonnett’s argument. Tanizaki’s famous essay “In Praise of Shadows

(1933; translated by Edward Seidensticker in 1977) is an excellent example of Tanizaki performing, and ultimately subverting, the two major East-West discourses.

Before I address Tanizaki’s essay, let me first identify the two major East-West discourses of the day. The first saw Asia as inherently inferior, backward, and existing outside human history, while the West was seen as a beacon of light at history’s center. This mode of discourse was exemplified by Fukuzawa Yukichi 福澤諭吉 (1835-1901), who promoted a Western-style nationalist agenda that sought to position Japan toward the West and away from Asia and its negative stereotypes. Fukuzawa’s ultimate goal was not to imitate and join the West for its own sake, however, but rather to become independent and autonomous from it. The only way this was possible, he argued, was through the creation of a modern nation-state.

Fukuzawa helped create and propagate many of the Orientalist stereotypes about the East, as evidenced by his many disparaging remarks about Asian, and particularly, Japanese culture, which he saw as backward, passive, and weak. He was especially critical of the Chinese influence on Japanese culture, which he held as responsible for Japan’s low international status at the time. He saw a “static and passive” China to be representative of Asia as a whole and urged Japan to move away from the lagging East in order to fulfill its “new destiny.” In his essay “Good-bye Asia” 「脱亜論」 (1885), he urges the Japanese to shed their passive “Asiatic” traits and abandon “our bad [Asian] friends,” so that they may advance through the creation of a modern, Westernized nation-state.

Although a fervent nationalist, Fukuzawa ended up “deploy[ing] a form of Orientalism in which Asia [was] cast as a separate and primitive realm, to be distinguished from both the West and their own nations. […] Rather than importing or translating a ready-made idea of the West, Fukuzawa actively fashioned a certain representation of the West to suit his own (and, in large measure, his social class’) particular political ambitions” (Bonnett, 70). Again, the driving factor behind Fukuzawa’s push to westernize was the desire to stave off subjugation. In this sense, like Tanizaki in “In Praise of Shadows,” Fukuzawa can be seen as consciously manipulating East-West representations for particular ends.

This first discourse eventually evolved into a counter-discourse that reconfigured the East in terms of spiritual purity and the West in terms of materialism and moral decay. Japan’s jingoistic and racist rhetoric of the 1930s drew from both the Fukuzawan discourse and the counter-discourse, merging them into a single anti-Western Occidentalism that served to bolster the justification for the Greater East Asian War (大東亜戦争). This counter-discourse was exemplified by Okakura Kakuzō 岡倉覚三 (1862-1913), a Japanese scholar who was instrumental in propagating the view of Asia “as a space of spirituality” (80). Tanizaki’s “In Praise of Shadows” can be seen partly as a parody of Okakura’s writings, most notably The Ideals of the East 『東洋の理想』

(1904) and The Book of Tea 『茶の本』 (1906). Okakura argued that Easterners were innately concerned with the Ultimate and Universal, while Westerners cared only for Particulars — a very dubious claim given that Confucianism tends to be an anti-Idealist and pragmatic philosophy. His notion of an Asia unified under the banner of “spiritualism” too was hard to swallow for those who saw India, Japan, and China as historically and culturally distinct entities.

The case of Okakura is one of the many examples of self-orientalization that challenge the notion that “Asian spirituality” was “essentially a Western idea.” Rather, the Asia-as-spirit concept was manufactured first by modern Asians, within the discourse of various projects of modernization (Bonnett, 96). “Asia is better understood,” Bonnett writes, “to have been created, re-invented and re-valued by Asians themselves” (81).

It is these two East-West discourses that Tanizaki subverts by employing a self-orientalizing first-person narrator to ruminate on the subject of “Eastern aesthetics.” His central argument in “In Praise of Shadows” is that the East — though it has recently lost its way — has traditionally valued shadows over the glaring lights that boorish Westerners so admire.

Whenever I see the alcove of a tastefully built Japanese room, I marvel at our comprehension of the secrets of shadows, our sensitive use of shadow and light. […] The ‘mysterious Orient’ of which Westerners speak probably refers to the uncanny silence of these dark places. And even we as children would feel an inexpressible chill as we peered into the depths of an alcove to which the sunlight had never penetrated. Where lies the key to this mystery? Ultimately it is the magic of shadows. (20)

According to the narrator, evidence for the Eastern man’s innate love of shadows can be seen in numerous places: traditional architecture, washitsu rooms with their dark alcoves, the dark, earthy beauty of the noh theater, the inconvenient yet aesthetically satisfying toilet facilities and appliances, ink brushes, Chinese paper, lacquerware, and the lovely “grime” of Eastern jewelry. Japanese food also utilizes contrasts of light and is thus “to be looked at” and “meditated on” rather than eaten. The female puppets of bunraku too — with their blackened teeth and stock figures and faces that can be barely seen amid the shadows — suggest that beauty is not a thing in itself, but rather “the pattern of shadows, the light and the darkness, that one thing against another creates” (a notion altogether different from Aquinas’s “radiance, harmony, and wholeness,” which he held to be the three requisites of beauty). Nor are shadows limited to the spatial world, for the pauses (ma) that are so important in traditional Japanese music are in a way temporal shadows.

Why this love of darkness? Tanizaki’s narrator explains:

In my opinion it is this: we Orientals tend to seek our satisfactions in whatever surroundings we happen to find ourselves, to content ourselves with things as they are; and so darkness causes us no discontent, we resign ourselves to it as inevitable. If light is scarce then light is scarce; we will immerse ourselves in the darkness and there discover its own particular beauty. But the progressive Westerner is determined always to better his lot. From candle to oil lamp, oil lamp to gaslight, gaslight to electric light — his quest for a brighter light never ceases, he spares no pains to eradicate even the minutest shadow.

What are we, the readers, to make of all this? Traditionally, there have been two ways of reading “In Praise of Shadows.” The first is what I call the “nescient reading,” which is the out-dated, once-conventional interpretation that professors today try to steer their students away from. According to this reading, Tanizaki’s “essay” (the word “essay” is not an entirely appropriate translation for the Japanese literary genre of zuihitsu 随筆, which typically allows for more fictive elements) is naively read as the author’s treatise on a dubiously broad and ahistorical “Eastern aesthetics,” and the points presented in the text are all taken at face value. What the careful reader notices as satire (e.g., when the narrator, echoing the fascist propaganda of the 1930s, extols the “superiority of the Japanese toilet”) is missed by the nescient reader, who unquestioningly accepts the assumptions of the two Orientalist/Occidentalist discourses (“dark East” versus “bright West”; “spiritual East” versus “material West”). Today, very few read “In Praise of Shadows” in this way, and I venture to guess that those who do are in Japan where there is still a market for this sort of self-orientalizing.

The second reading is the “ironic reading,” which sees the work as Tanizaki’s satire of the described East-West discourses of the day. This way of reading the work paints Tanizaki — who was not known for his resistance to the war — as a principled critic who defiantly mocks his age from behind the mask of his narrator. Readers from this camp put great emphasis on distinguishing the narrator from the author himself and insist that Tanizaki believed very little, if any, of the points articulated by his narrator. Instead, they argue, Tanizaki uses the narrator only as a prop to undermine the very rhetoric espoused in the essay.

But to Tanizaki’s credit, neither the “nescient” nor the “ironic” reading is wholly sufficient by itself. While certain sections are obviously intended to be humorous, the work seems to be hinting at something more than strict parody, and the way the work simultaneously demands multiple interpretations is a testament to its resilience. Tanizaki anticipates both the “ironic” and the “nescient” readings, and navigates carefully between the two. In the end, his readers are not sure whether to take the work as a parody of Orientalism/Occidentalism or as an Orientalist aesthetic treatise; and it is this resulting confusion that attests to Tanizaki’s ability to transcend ideology. For on the one hand, it is hard to say that Tanizaki is entirely insincere — a glance at his body of work shows that he later employs much of what he advocates in the essay. In his A Style Reader 『文章読本』 (1934), too, he talks about the importance of “shadows” and obfuscation in literature: 「余りはっきりさせようとせぬこと」. Moreover, it is hard to believe that his entire “return to Japan” (「日本への回帰」) phase was mere farce. On the other hand, it would be equally difficult to argue that “In Praise of Shadows” should not be read, at least in part, as a satire on the essentialist claims of Orientalism and its mirror, Occidentalism.

In the end, Tanizaki leaves his readers in a state of aporia — irresolvable paradox — which is perhaps the ultimate aim of art. The best we can do at this point is to accept the work as a kind of half-parodic, half-sincere monologue that performs all of the discourses mentioned above without advocating (explicitly or implicitly) for any of them. Thus, the case of “In Praise of Shadows” presents a challenge to Said’s argument that Westerners are to blame for the East-as-shadow/East-as-spirit stereotypes and lends further credence to Bonnett’s theory that it was the non-Western world that willfully invented and manipulated ideas about East and West for political — and aesthetic — ends.

Posted in Conceptions of Japan, Fiction and Literature, History, Politics, The Past 31 Comments »