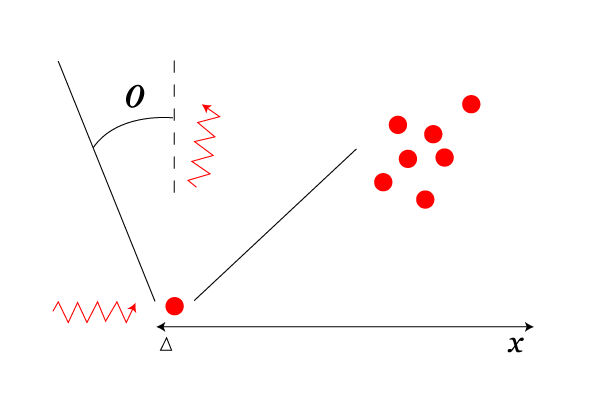 The greatest challenge in any social analysis is linking the macro (the big ideas, narrative, mass patterns, cultural phenomenon) with the micro (individual people, individual cases). A “trend” becomes visible in the movement of multiples, but often no specific person perfectly embodies it. In fact, many birds-eye observations will turn out to be a misunderstanding of the participants’ actual behavior and intentions. Sociologists (either academic or armchair) generally have to try to etch out clean trend lines that “average” a wide distribution of numerous data points. In other words, a particular individual may not singlehandedly tell the story of a trend but his/her point on a graph, when averaged with others, will contribute to a broader understanding.

Social analysis in Japan, however, can often be incredibly easy, as individuals’ behavior and attitudes almost perfectly correlate to central trends. Take the interview subjects of Amanda Kaiser and Kelly Wetherille’s interesting WWD interviews with girls in Harajuku linked above. (And bravo for not just focusing on the Stefani-approved candy-junk fashion girls who have become a minority in recent days.)

The first “girl,” Yoshida Ami, seems to tell a story of diverse style influences and mixed fashion items. If you know, however, that she is a Sweet reader — which she does not state but most certainly is — than you know that all of her self-descriptions adhere without exception to that particular style group. Rinka is the main cover model for Sweet. The transition from “gaudy” to “simpler” fashion is a mark of Yoshida’s movement out of more gyaru-influenced fashion to Sweet‘s adult gyaru/good taste hybrid. And this style group’s favorite brand of the last few years has been Miu Miu, which, of course, she loves. Also note that Sweet is the most popular magazine of the moment.

Meanwhile less-fashion ambitious Kurosu Risa, who spends little each month on clothing, shops at popular low-price street-casual brand Lowry’s Farm (part of the Point empire.) She, no surprise, does not like designer brands. Comme des Garçons offspring and Takemoto Novala fan Shinohara Aya has moved out of her hardcore Lolita days and on to what brand: the brooding, cute, but affordable Sunao Kuwahara. (Although her outfits in the picture look much more relaxed.)

The point of this exercise is to say something slightly obvious but important: In Japan, you can often judge a book by its cover. Consumers embrace a total, well-defined “taste culture” in which to consume, and once inside that group — usually defined by a specific magazine — they buy goods very faithfully to that culture. We should also remember that there is a certain predestination in which “taste culture” consumers gravitate towards. There are high correlations between the working class, non-Tokyo lifestyle and gyaru culture. And similarly, the girl in WWD whose mother worked at Comme des Garçons did not become a gyaru but an indie girl. (I would wager that no CdG employee’s children have ever become gyaru.)

In some cultures, following the script too closely can often mean being branded as a “soulless” stereotype. (E.g., the oft-berated “fashion punk”) But in Japan, there are few negative social repercussions for this behavior. In most cases, being serious in Japan means living to the script perfectly rather than taking the “spirit” of your chosen culture and spinning an individual take on it.

What is also interesting about this WWD article is the issue of capturing the actual “micro” in surveying/interviewing. People tend to give the interviewer, especially for articles that will be publicly distributed, an ideal representation of self rather than something brutally honest. No one, not even in Japan, ever says, “Oh this? I just bought this because everyone else was buying it.” In the U.S., where consumers actually do follow set social patterns and industry trends more than they would like to admit, the fashion crew will massively play up their most obscure influences in these kinds of interviews and deny any sort of social pressures/trends in making fashion decisions. They try to out-do each other in order to establish proof of individual will. These WWD Harajuku girls, in contrast, are not doing much work to sound like they are not just cut from a mold. Maybe they are downplaying individuality out of modesty, but for collecting information about the market, it’s usefully honest.

This all means that Japanese consumers are often much more predictable than in cultures where society requires a certain amount of chaotic extrapolation of cultural themes or has less strictly-defined culture groups. Once a macro principle is established in Japan, the individual data points fall very close to the trend line.