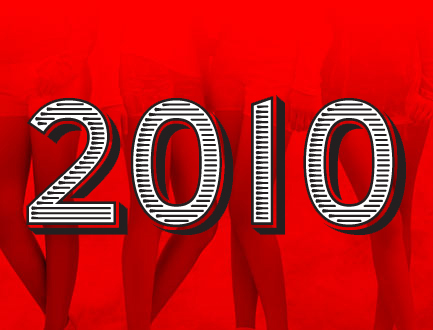 In the last half-decade, Tokyo shopping building Shibuya 109 has slowly but steadily taken back its place as the most central site of Japanese female culture. But in its recent reincarnation, Shibuya 109 has become the primary clubhouse for delinquent provincial girls to celebrate their own culture in the middle of the capital rather than a place to for the bridge-and-tunnel set to breathe in metropolitan values. And in general, the stereotypical 109 girl has always been obsessed with extremely local culture over anything with a hint of international flavor.

So how odd is it that in late November the giant poster for gyaru style bible Popteen gracing Shibuya 109 was taken down and replaced with a Christmas-themed illuminated advertisement for the Korean pop group Girls Generation (SNSD, 少女時代). This music group’s explosive rise over the last three months has become national news in both Japan and Korea and signaled the start of a second hanryu (韓流) boom for Korean pop culture. The first hanryu, of course, involved lonely 50 year-old Japanese women fawning over the idealized Korean gentlemen in Winter Sonata and boy bands like Toho Shinki (aka TVXQ). This time, however, it’s young Japanese girls flocking to formerly consumer-unfriendly, Korean-ethnic neighborhood Shin-Okubo to buy Girls Generation CDs and posters.

While the Shibuya 109 takeover is meaningful in terms of pop cultural hierarchy, we should note that the Japan-obsessed gyaru have not suddenly abandoned their heroes Hamasaki Ayumi and Nishino Kana to bow down to Korean goddesses who look nothing like them. From what I have seen, the core Japanese fans of Girls Generation have been “normal” girls without much subcultural leaning (black hair over chapatsu), and at least in my immediate circles, the Korean group has also attracted a few post-hipster girls looking for something to replace their semi-ironic appreciation of Arashi.

The Japanese idol factory, although subdued in recent days from the music market’s staggering decline, still manages to launch dozens of new young female singers and girl groups. So why have Japanese girls suddenly gone crazy for a nine-girl Korean act? The nationality aspect of Girls Generation’s success is certainly unprecedented, but that is not where the distinction ends. The Japanese industry has always told us that consumers like barely-trained, not-too-good-looking, off-pitch idols, but it turns out Japanese consumers may have wanted something completely different the entire time.

SNSD members sing and dance with a military precision. Their latest singles — produced mostly by European producers like DEEKAY and Alex James from Blur — sound slick and modern in comparison to the stagnant and repetitive J-Pop idol sound. Unlike sexy rivals KARA or hip-hoppers with ‘tude 2NE1, the Girls Generation girls are sweet and un-threatening, yet style icons with slender legs up to here. And some of the girls, especially Yoona, can be said to be more attractive than the average female, which used to be the reason these singers were called “idols.”

So with all these rare gifts, Girls Generation have worked to tap a latent demand in young Japanese consumers, finally providing the aspirational superwomen who have long been buried under the needs of gyaru’s “just like me” icons and the otaku’s desire for helpless — and intentionally not too attractive — little girls.

In Korea, Girls Generation were originally marketed to men. This may seem unbelievable, but Korean males have evidently have fallen pray to the weird fetish of enjoying attractive, slender, and sexy women in contemporary outfits and chic haircuts.

The new dominance of idol collective AKB48 on the music market suggests that the Japanese male music consumer has been infected with a quite different disease. This giant 48-girl group, formed in 2005 but reaching peak popularity this year, is the latest brainchild of pop Svengali Akimoto Yasushi. This is the man who brought you the ’80s spectacle of mass girl group The Onyanko Club — a huge number of wholly uncharismatic young women whom he had sing unabashedly dirty lyrics for a snickering male audience. So Onyanko started the “idol collective” trend, but we didn’t hear much from the concept until Morning Musume and all its various spinoffs in the late 1990s and early 2000s. Yet Musume’s producer Tsunku’s spin on it was to take out the direct sexuality and make it infantile and creepy, theoretically to make it marketable to a young female audience. The idea of very average looking girls, however, stayed core. (Or more likely, a truly exceptional looking idol becomes a model and solo artist, and all the agency leftovers are formed into collectives to provide the management company a paycheck.)

The Morning Musume empire flamed out at some point after monopolizing the charts for a few years, but AKB48 has worked to bring the idol collective into the 21st century by targeting it almost exclusively to the otaku male. The genius marketing idea of AKB48 was to take the girls directly into the heart of Japan’s last remaining dependable consumer group — the otaku in Akihabara — and through daily shows at the theater there, make the men fall in love with them (and just maybe, then buy several dozen of the same CD single to boost sales.) AKB48 thus had to tone down the high-school sexcapade lyrics “I want to have sex before my friends do” and “we really shouldn’t be doing this before class, teacher” of Onyanko, but compared to Morning Musume, Akimoto pulled the lever marked “Eroticism” up a few notches on the mixing board when no one was looking.

The end result is that there is not very much content in the AKB48 oeuvre beyond the super-deformed sexuality. In order for the otaku to not get too confused, the songs had to stay close to the highly-synthesized and bouncy anime theme song genre. And the girls had to fit the stereotypical “little sister” mold of modern day moé. The music is a casualty of the process: the songs are a zombie rehash of J-Pop conventions without any distinguishing characteristics.

The AKB48 videos — recently freed up for wide viewing on YouTube — do not work hard to cover up the “let’s seduce 37 year-old nerds with diminutive young girls” angle. The video for “Ponytail to Shushu” has a two-minute, music-free Austin Powers inspired preamble with the girls stripping off their clothes but miraculously saved from exposure to the audience by camera-blocking props. Finally a chihuahua comes in and chases them into the shower, where they all get drenched — in slow motion. Then a song starts, and the male viewers rewind and watch the locker room scene frame by frame to see if they can’t catch a stray sliver of a breast somewhere. Oddly parts are filmed at a direct low angle (“dog’s eye view”) — a kind of anti-Kubrick vertical squashing to emphasis the girls’ stocky legs and miniature frames.

Likely by accident, the girls of AKB48 have turned out to be much better looking than those of Morning Musume. Maeda Atsuko probably was never in the running for a solo career but passable as the “cute one.” The nerd blogs, however, have been confused that AKB’s Itano Tomomi has turned into a full-scale babe. It must be plastic surgery, they exclaim, not understanding the basic biology that 19 year-old women just tend to be more attractive than 12 year-olds. This just happens to go against their entire dogma that women over the legal age “smell bad” and “become hideous monsters” after their teen years.

The Chosun Ilbo took note of the J-idols vs. K-idols battle in its September article “Why Japanese Girls Go Mad for Korean Girl Bands”. No one can resist explaining the entire thing through the widening gulf between Japanese men and women’s sexual idealization.

There should be no doubt that AKB48’s primary audience is Japanese otaku men (the high-earning salaryman has little time for this dilly-dallying). Yet as the group grew in popularity, they did attract a base of 12 year-old girls who look up to the group as peers. The same thing happened with Onyanko. In classic Japanese style “patriarchy marketing,” you first sell to men’s libidos and then young women will eventually figure out that they are also required to follow. Girls Generation messes up this whole process, however, by offering an alternative that appeals directly to young women — and also, scares the living daylights out of otaku. (I can imagine an otaku nightmare where those Korean Rockette legs chase them through Akihabara and kick them into submission.)

Whatever the case, we now have (at least) four parallel tracks of J-Pop, none of which intersect nor come together to form informal conglomerations of “mass market hits.” Otaku and elementary school girls have their S/mileage, AKB48s, and SKE48s; gyaru have their one-step-from-mizu-shobai “trauma-kei” Eurobeat Avex stars; backwater teen girls have their Johnny’s idols; and so-called “normal girls” in their late teens and 20s have awoken as consumers to embrace Girls Generation. Needless to say, none of these acts are “musicians,” and creating “good songs” is not really part of the business plan. Sexual longing has always played a big part in pop music, of course, but it seems now that it’s the only remaining reason why someone would shell out ¥3000 for a CD. Good at least to see the market opening up a bit to offer a diversity of options for aspiration.