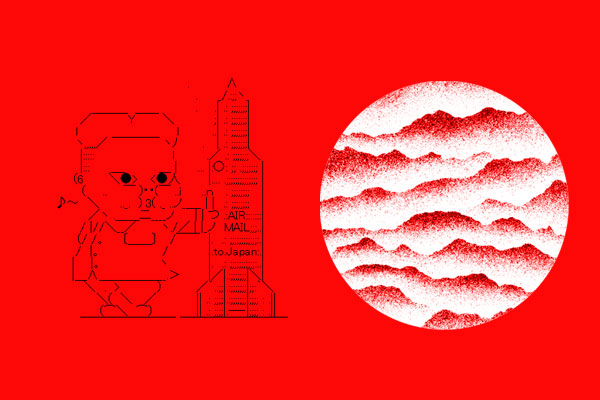 Highly popular blog and 2ch aggregator Alfalfa Mosaic serves up a mix of posts on otaku culture, teenage idols — and conservative politics. We try to figure out what this means.

The Internet bulletin board 2ch has long been the “heart” of Japanese web culture. The primitively-designed, text-based site is almost impossible to navigate for casual readers, yet remains responsible for generating most Japanese language memes.

Even with more professionally-produced content on the Japanese web in recent years, 2ch still controls web culture beyond the BBS: Ranking site Authority.jp lists two 2ch aggregators Itai News (#3) and Alfalfa Mosaic (#5) in the top five most influential Japanese blogs. These blogs locate popular threads on 2ch, pull them out of the notoriously hard-to-read BBS format, and publish them and the best comments as easily-digestible RSS-feed blog posts. Itai News publishes only a few posts a day, mostly centered around bizarre and depressing news items that are currently engaging and enraging 2ch readers.

While similar in content to Itai News, Alfalfa Mosaic — named after a plant virus — covers a wider set of topics, primarily focused around otaku culture. The site offers around 30 articles a day and is an easy way to catch up with the current interests and topics of 2ch-reading otaku. The site, however, is also famous for its right-wing political bent. In this, Alfalfa Mosaic’s “taste culture” — defined as “clusters of cultural forms which embody similar values and aesthetic standards” — seamlessly combines the otaku love of manga, anime, lolicon, and games with populist right-wing politics.

Despite a slew of topics that mainstream society would consider “marginal,” Alexa has the Alfalfa Mosaic listed as the 117th most visited in Japan, close to mass media sites like Oricon or Hot Pepper, and even higher ranked than Rocketnews24 or ZakZak.

Instead of just asserting the otaku-right wing mix as fact, however, we thought it would be more effective to a list out the blog posts themselves. See the Appendix below for a complete list of three days of posts. Analysis follows right below.

The next most common category could be broadly defined as politics. The current controversy is the universally conservative worry about welfare benefit fraud (i.e., the Komoto Junichi incident). Alfalfa Mosaic readers also are interested in China, North Korea, and South Korea — usually highlighted in negative news about the countries. (Taiwan, in contrast, is commonly portrayed in a positive light.)

The third most common category is weird and current news items. This is the bread-and-butter of blogs around the world, and most of the posts are things that would be found on similar sites in other cultures: funny cat videos, animated gifs, bizarre happenings, etc. Most overlap with Itai News is in this category.

Finally, there are many articles covering women and sex. Readers adore idols, AKB48, voice actresses, animated female characters, women who look much younger than their age, and women with large breasts. References to real life adult women are mostly negative — portraying them, for example, as gold-diggers who are marrying for money.

What conclusions would you draw from this data set?

Just from an Occam’s razor approach, the cultural mix of Alfalfa Mosaic suggests that the men who want to read a site about little girl anime and gaming also want to read about right-wing political content. We should understand that there is a sub-section of the web population interested in both topics.

But the otaku are apolitical! They are just ignoring or tolerating the right-wing stuff on the site.

Compare this to massively popular U.S. West Coast Boing Boing, which combines science geekery, bizarre (but mostly positive) news, and DIY crafts with vaguely liberal and libertarian politics. This formula is highly successful on the English-language web, and there would be nothing controversial about saying that Boing Boing readers skew Democratic. If someone posted an article about “games that girls like are boring” on Boing Boing, both readers and editors would revolt. If that comparison rubs you the wrong way, similarly-formatted and often juvenile male-driven 4chan is home to much more libertarian and anti-authoritarian causes than conservative ones.

So you are making the ridiculous claim that all otaku, lolicon fans, and moe fans are right-leaning?

Of course not. Not all otaku read or contribute to 2ch, and we should not confuse the two groups. There is, however, an intersection between these two groups that is large enough to boost Alfalfa Mosaic into high page views, and we should assume that some relatively large percent of moe fans either hold or are comfortable with right-leaning political views.

This is an important point. The themes skew right but posts rarely advocate voting for conservative politicians or activism within the political process. The recent 2ch support of LDP politician Katayama Satsuki for welfare fraud audit is an interesting exception. There has also been pro-Ishihara Shintaro sentiment for wanting to purchase the disputed Senkaku Islands.

In general, 2ch’s brand of conservatism is mostly an identity politics based in populist resentment against other minorities — women, zainichi Koreans, Asians, gays, new religions, the poor, outcast populations — who are seen to be given an unfair attention from the government and society. They are obsessed with the idea of a conspiracy where broadcasters like Fuji TV are “forcing” (gori-oshi) Korean content onto the Japanese public. 2ch posters see themselves as the protectors of traditional Japanese values, the arbiters of “common sense.” They are the very angry “silent majority.”

In the realm of domestic politics, this translates into being against expanding the welfare state but since 3/11, they have also become anti-TEPCO. In foreign affairs, they are strongly against North Korea and China, as well as suspicious of South Korea’s recent economic success.

But aren’t most subcultures in Japan politically conservative?

The best comparison for otaku, however, may be with other consumer segments, which are almost wholly apolitical. Fashion magazines do not have anything that could be construed as “political” content.

Are you saying that moe media has conservative themes?

The creators of so many classic anime and manga media series come from a background in left-wing politics! Otaku can’t all be right-leaning.

Yes, but Alfalfa Mosaic is not particularly interested in the anti-war messages of Gundam and other classic anime. The curation focuses on series featuring adorable little girls, nominally not made by the great post-Leftist manga writers. We’re also talking about the consumers of moe content — not the artists themselves.

So are you saying that moe makes you conservative or that conservative politics make you want to read about fictional little girls?

I don’t think these two interests share a causative relationship. I would suggest they are correlated, but even if you don’t believe that, they do appear to sit happily within the same subculture.

Explaining the link between the two requires some level of psychological analysis, which gets messy when you assign motives to an entire segment of people. That being said, being openly interested in “little girls” — especially when done in tandem with berating feminism and modern Japanese women — suggests the desire for more traditional gender roles, male dominance, or at least a disinterest in maturity among the opposite sex. Hard not to see this as a reactionary position in the context of the female gender’s steady (but slow) progress in the last half-century.

Why should I believe this analysis from just three days of posts?

After three years of reading the site, I found these random three days of posts to perfectly fit site’s basic content pattern. I recommend that you read Alfalfa Mosaic on a daily basis to get a rounder picture of the site’s particular interests.

Who reads Alfalfa Mosaic though? People in Tokyo? Outside of Tokyo? How old? My otaku friends in Tokyo never talk about right-wing topics.

That is the missing piece here. Google Insights for Search suggests that many of the readers may be proportionally higher from non-urban regions, such as Yamaguchi Prefecture. There is likely regional bias in the attitudes reflected in the site, which may be driving a some of the conservative worldview. That being said, this site is still very popular when viewed across the entire Japanese web (although losing steam), and we should still count non-Tokyo moe otaku as representative of moe otaku.