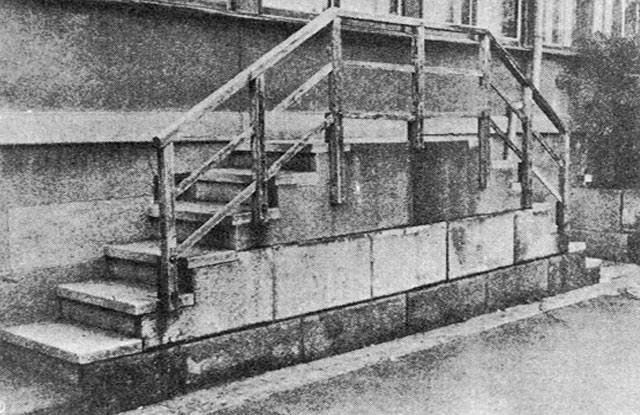 There’s a cherished brand of city-strolling in Tokyo. I’m not talking about the Tokyo Walker magazine variety of weekend consumer trails that lead you on a curated tour of the city’s newest select shops and trendy dining options. Nor the retiree’s version either — best represented by the magazine Sanpo no Tatsujin (roughly, “Strollmeisters”), which takes a more historical-tourist approach, revisiting dead artists’ former residences and prowling grounds, hunting down venerable soba shops that are renowned less for their food and more for the wonder of their continued existence. Nor do I mean a kind of flaneurship for dandies. To “burabura” means to wander aimlessly and take in the sights, on a path usually not decided on in advance.

In prewar Tokyo, the term “burabura” was almost exclusively associated with the pleasure and shopping quarter of Ginza — to the point of spawning the phrase “ginbura.” Ginza anxiously tried to emulate the languid café life of Paris boulevards and the urgent rhythms of booming New York. Intellectuals and writers gathered in replicas of European coffee shops called kissaten and enjoyed “ginbura” rambling up and down the long, straight gridded streets. The neighborhood today remains one of the few areas in the city that resembles the geometry of Paris and New York. Even after the war, right through to the 1960s, Ginza and nearby Shinbashi were still predicated on a foreign conception of leisure. Ishii Teruo’s film Sexy Line

, for example, with its swaggering Nouvelle Vague camerawork, faithfully captures that urban rogue spirit. The film tracks the hardboiled detective’s capers as he weaves in and out of cafés and underground bars, hurtles down warrens of narrow alleys, all closely matched to the swing and flourish of a jazz soundtrack.

Since the Ginza culture found little precedence in local Japanese history, and the flowering of café “culture” ended up leaving European veneers all over their city. Ginza denizens refashioned the atmosphere of the neighborhood to reflect a foreign image without much regard to what was there before. They nad free license to carve out new pleasure quarters, especially after the native versions (like the Yoshiwara red light district in the east of the city) were leveled after the war — both physically and morally.

Rebuilding was a heady time for Tokyo, especially in the run-up to the 1964 Olympics, but intellectuals were worried whether there was any meaning being created at all in the slapdash layout of the re-planned city. The pace of the renewal was disorienting; while it all looked “cinematic” in the movies, you sometimes couldn’t tell if the current state of the city was getting closer to completion or getting demolished once again. 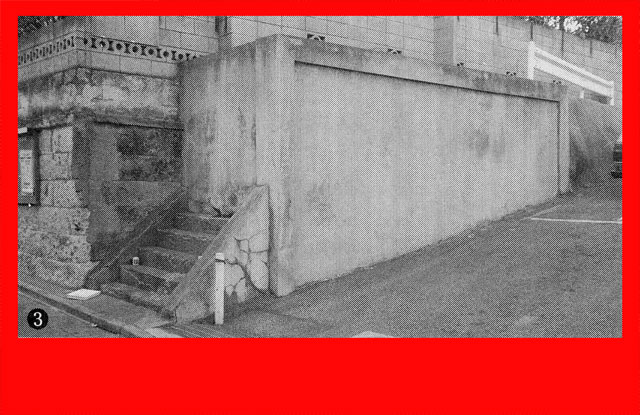 Amid the impatient rhythms of Tokyo’s regeneration, the artist Akasegawa Genpei formed the High Red Center in 1963 — a kind of neo-Dada avant-garde collective that positioned its mission somewhere between detective, explorer and natural historian. The group peered curiously at the spectacle of the street in the city’s neglected corners. Rejecting labels of “creator,” “artist,” or even “producer,” they merely collected, salvaged and recorded — savant scavengers who documented their hoardings. In a patchy reconstruction period with fraying edges, High Redders patrolled the fallout, scouting around for leftovers and trophies. They documented not just urban collapse, but also the off-chance that “artworks” were up for grabs.

One of their more prized “original” “works” was a photograph of a “junsui kaidan“ (純粋階段), or “pure staircase” (as seen in the main image at very top). This staircase led up about eight steps, flush with the façade of the building, and then led right back down again. In other words, the Pure Staircase provided no access to a destination, but only circular passage. It was a joke podium, an ironically functionless tool. Concentrating mainly on unintentional architectural follies, Akasegawa pointed to the scrapyard textures of postwar Tokyo, accidental ruins in a city with no time to prune its weeds and clean up its crevices.

There were eaves where they didn’t belong, left in situ after their original buildings had been demolished. There were shutters that shuttered nothing, rolling uselessly down a wall instead of some open portal, again because someone had forgotten to de-install them. There were railings derailed from the sides of the staircases they used to help to frame. There were disused doors that looked like doors from the outside, but which were blocked up with concrete from the inside. Akasegawa called these things “Tomasons”: blips on the built landscape that looked slightly out-of-phase — beautiful, useless objects emptied of their original intent or function.

(“Tomason” was the name of a foreigner who used to play baseball for the Yomiuri Giants. He ended up being reduced to reserve player and benchwarmer — a disappointing investment, given his previous track record. Akasegawa borrowed his name to designate a useless object, a white elephant.) 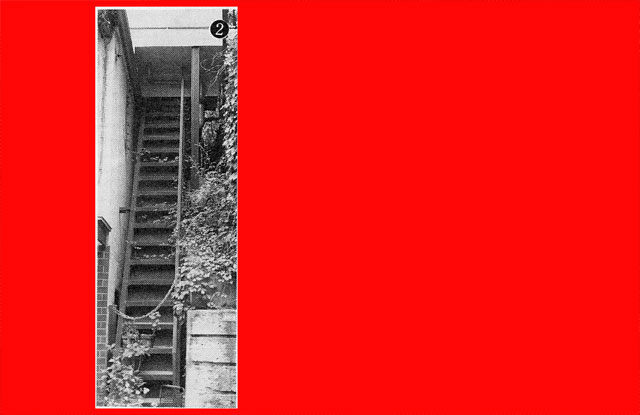 Akasegawa was not interested in restyling or romanticizing existing landscapes. He didn’t even want to make “art” as such. And he definitely didn’t want to rescue it from the street and place it in a gallery. With as little interference and input as possible, he merely looked (“gaze” would be too strong, too proprietary) on these unpromising materials and spontaneous assemblages of reusable fragments. Perhaps he admired the street, seeing as how it could cough up things that might have been labeled “art” in other contexts, contrived by other artists who operated consciously.

Like survivors of the reset-button in a cyberpunk computer game, Tomason-hunters retrieved what they could from the rubble scattered all over Tokyo — a city that was stranded, as Akasegawa claimed, “in the valley midway between decay and resurrection.” Tomasons were tokens of beautiful ruin in a city given over to constant and wholesale refurbishing. Because Tokyo featured a peculiar kind of ex nihilo (de)construction, conventional “artistic” criteria were neither relevant nor possible. In place of harmonious urban design, Akasegawa and his counterparts used their Tomasons to locate the aesthetic of fast-forwarded urban re-growth, a category of phenomena that he claimed was “beyond art” (超芸術) precisely because its beauty was unintentional.

Maybe there was special pathos in this. Before Tokyo there was Edo — an intricately layered city of waterways and alleys — but this city had been destroyed by bombings, earthquakes and over-development. When the old order vanished, another hidden one, with a less explicit logic, took its place. Tomasons were a visual reminder of this spatial disorder, and of Tokyo’s organic growth. Like random weeds that suddenly overrun an un-gardened plot, or the ivy-invested facades of derelict buildings, Tomasons signaled urban neglect, but also the accidental beauty of a makeshift (mis)arrangement. 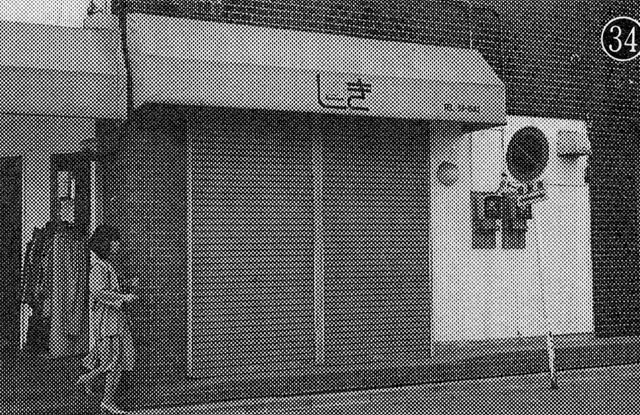 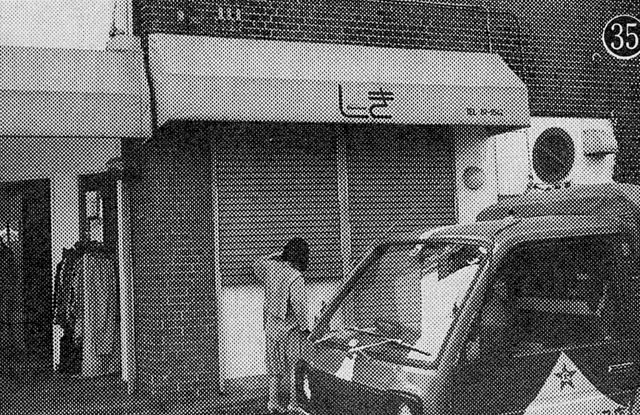 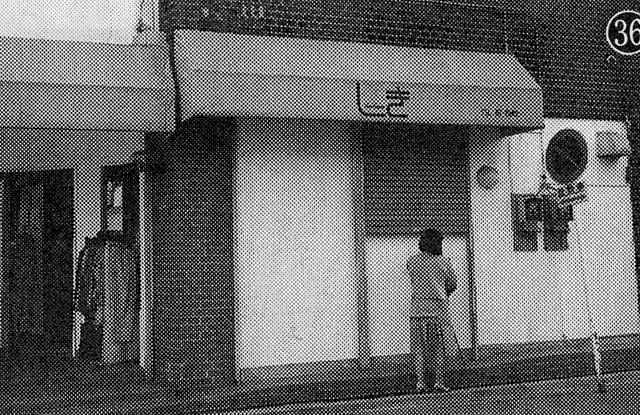 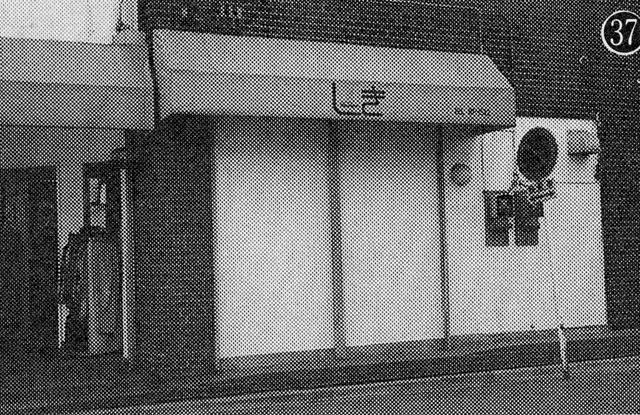 Later, Akasegawa formed the group Rojo Kansatsu (路上観察, “roadside observation”) with architectural historian Fujimori Terunobu, based on the same principles of observation and recording. The group trawled the streets, looking for striking juxtapositions and the delights of serendipity. In contrast to High Red Center’s street antics, however, Rojo Kansatsu practiced quietist contemplation. The founders claimed that the “works” they discovered were more like outcroppings, fungi sprouting after the rain. Taking shape without conscious artistry or deliberate authorship, these objects therefore could not be appreciated as “art” per se. Despite looking like a spontaneous urban “installation,” none had been intentionally planted. One well-known image from Rojo Kansatsu is a rusted-over derelict bicycle overgrown with weeds and creepers. Much like that woolly concept of wabi sabi, the Rojo Kansatsu ethic is a primer on looking with new eyes and framing random experiences. In the early Nineties, the collective published a starter handbook for the budding observationist called Introduction to Roadside Observation『路上観察学入門』

Fujimori has since become professor of architecture at Tokyo University. In April 2007, he had a solo exhibition at Shinjuku’s Opera City gallery, where he directed his old scavenging instinct to larger scale commissions, like elevated teahouses on stilts with pond-rush roofs, “living” buildings with plants sprouting through gaps in the roof, and guerrilla private residences made out of scrappy organic materials nestling quietly in concrete Tokyo. He’s not quite the prankster or flaneur he once was, but instead of memorializing the waste in urban redevelopment, he seems to be applying that sensibility to architectural commissions that channel that spirit of bricolage.

Darryl Jingwen Wee was born in 1981 in Singapore, graduated in French from Harvard College, but soon tired of Foucault, Deleuze et al and turned to Japanese architecture, art and film. He now works as a translator and freelance writer in Tokyo.

Posted in Architecture, The Past, Visual Art 5 Comments »