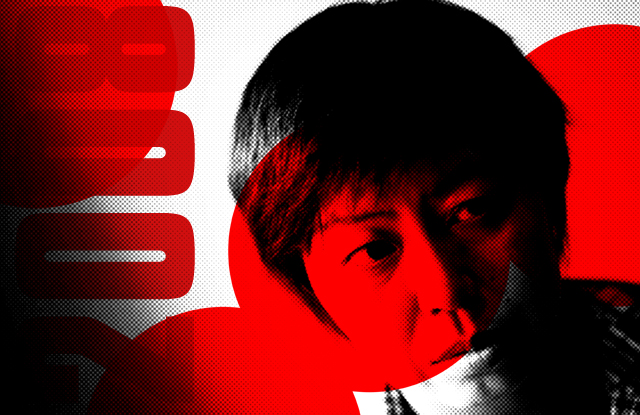 The hype at the time claimed that Toki dared to explore the soul of modern China: Patriotism! Tiananmen! Diaspora! Mixed emotions regarding Japan! As a Chinese citizen who writes in Japanese, despite it not being her native language, Yang was positioned as naturally hip to such topics and uniquely placed to explain them to a Japanese audience.

And you have to remember that this was during the lead-up to the Beijing Olympics, when a string of torch relay-related incidents reminded the Chinese people that they were neither universally loved nor considered the good guys in re Tibet or Falun Gong, and reminded the rest of the world that whatever disagreements the Chinese people had with their government, they were fiercely patriotic and did not in any respect consider themselves the bad guys in re Tibet, Falun Gong, or anything else. Despite the flood of long, pompous pieces in the English and Japanese presses about China and its people, folks just couldn’t wrap their heads around the journey from democracy-or-death in 1989 to respect-the-torch-or-STFU twenty years later. Clearly the standard narrative about China had been wrong. What a relief that this new author Yang was here to explain it to us!

But in reality, as reviewer upon reviewer noted, the book deals with these political issues only obliquely and superficially. It is a tale about post-Tiananmen China and its diaspora, but the story is told from the perspective of someone whose involvement was fairly minor and who isn’t prone to much self-reflection anyway. Right from the start, we know that the main character Haoyuan’s family has a history of being screwed over by the government. Does this bother Haoyuan? Does it affect his budding patriotism or shape his later passion for democracy? We never really find out. And this is apparently the part most closely based on Yang’s own life!

The entire first half of the book reads like a fairy tale, clear and smooth; Haoyuan’s move to Japan is like a prism which splits the pure white light of the China story into the moral rainbow of the Japan story, where Haoyuan finally begins to meet people who are capable of telling a lie. The story does get more interesting at this point, but we still get frustratingly little information about how Haoyuan feels about meeting folks who are using the democracy movement for personal gain instead of Serving the People. In the end everything is tied together with a moral: Haoyuan’s child calls Japan home, and maybe Haoyuan does too. To the extent that Yang wanted to tell a mellow story about how family is what’s really important in the end, she is successful, but the chorus of voices complaining that it wasn’t exactly the story they wanted to hear is understandable too.

The other objection to Toki was that it was insufficiently “pure” — as in junbungaku, “pure literature”. Some analyses attributed this to Yang’s being a non-native speaker of Japanese. However, arguments about clunky sentence structure and the like aside, it seems more likely to me that the naive and unsophisticated style in Toki is a conscious approach to the characters and their own political activities. Certainly Yang’s earlier works Wang-chan『ワンちゃん』

and Rōshojo (『老処女』, “Old maid”) demonstrate her ability to write a story about an isolated person tortured and finally driven insane by the unfairness of society, as the requirements of pure literature dictate. (In all seriousness, Wang-chan had far more rounded characters than Toki and was more enjoyable on all fronts. Recommended.)

Popular and critical response to Toki aside, Yang’s achievement as the first-non-native speaker to win the award is significant and will be remembered. The countdown to Japan’s Nabokov has begun.