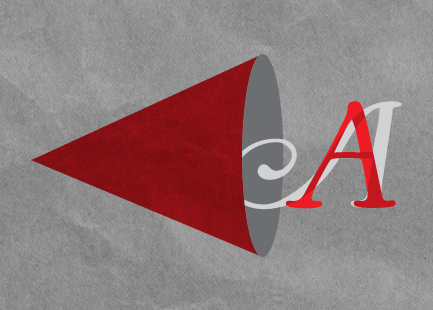 A translation of Mori Ōgai 森鴎外’s Honyaku ni tsuite 「翻譯に就いて」 (“On translation”), published in 1914 for a collection of essays by famous writers on literary technique.

I have been asked to write something on translation for this book. It appears that I am considered a major figure among translators. Very well — but on the other hand, there are those who put it about that my translations are almost entirely erroneous, that I have no talent for translation, and that my translations have no value.

It has become fashionable of late for translators to bring their work to my home and have me write an introduction to it. Even those with no connection to me whatsoever come to make these requests. Some even admit that they do so despite reservations on their own part because the “vulgar masses” trust my introductions. Some only use my introduction after altering individual characters to meet some mediocre or even erroneous stylistic standards. It seems to me that many of those who request introductions from me are the very same people who claim to find errors in my own translations.

When I do examine some word or phrase identified as a flaw in one of my translations, I find myself in agreement only very rarely. Translation of novels and plays is not philological research. One’s work is not completed simply by translating each word individually and arranging the results in lines. And so complaints that words not in the original were added deliberately and accusations that words in the original were intentionally left out do not distress me in the slightest.

The real-life example of Nora

Complaints have been voiced of late about Nora, my translation of Ibsen’s A Doll’s House. Here I shall discuss two or three of the most ridiculous examples.

The term used for the boy whom Nora has carry the Christmas tree home I translated denbin 傳便. This is an error; it should rather be what was once called a kobashiri 小走, a “messenger boy” in the West of today — so I was informed, with a knowing look. But the first city in our country to have “messenger boys” was Ogura Kokura in Kyushu, and this is where the word denbin was first coined. Ogura is a queer place in general, and one which also saw the first appearance in Japan of the advertising pillars known as “Litfass columns” in the West. As for what a kobashiri might be, I do not know. In old Edo there were men known as tayoriya 便屋 [“letter carriers”], but these were not the same as denbin.

Writing of Nora’s house, I mentioned a zenbō 前房 [literally “front room”]. This is actually something like a corridor, people told me, or “a small sitting room by the genkan,” or the genkan itself. What’s more, they took care to preface these remarks with “in the houses of Norway…” That the zenbō is something like a corridor is true in all the countries of the West. Every country, more or less, has a word corresponding to zenbō, and I have used it with this meaning for some twenty or thirty years. To translate “door to the zenbō” as “door to the genkan,” as I was urged, would be rather odd. Genkan, they say, originally referred to the gate of a zen temple. In a personal home, it is the front entrance. There may be a door in the genkan, but surely not a door to the genkan. And as for “a small sitting room by the genkan,” such phrasing is sheer self-gratification.

The sweets that Nora eats I translated makuron マクロン. Write rather amedama 飴玉, I was told. Advice like this simply boggles the mind. Tins of almond macaroons have been shipped here in great number so that you may buy them at Aokido whenever you please. Reflect, if you will, on the difference in situation between a woman of the West eating a macaroon and a child of Japan eating an amedama. I recall one scene in a novel by someone-or-other wherein two female university students in Paris’s Latin Quarter munch on macaroons as they trade stories of heartbreak. To switch those macaroons for amedama, of all things — well, it would certainly be comical. The gist of such teachings is that item should appear in translation as appropriately chosen items unique to Japan, but as for myself, I strive to avoid things unique to Japan, the better to produce an extraordinary effect. Furthermore, we only consider here cases where there is an appropriate corresponding item. When uniquely Japanese and inappropriate items appear, the results are quite unbearable.

These past few days have been uncommonly hot. I have been unable to write anything worthwhile. Besieged nevertheless with demands to write, to write, I dashed off this trifle. Please be assured that no offense is intended.

Posted in Fiction and Literature, Language, The Past 23 Comments »