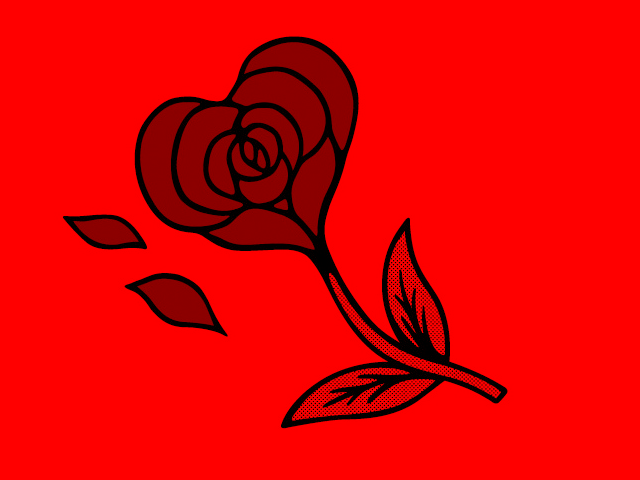 A lot of mysteries with this interview — is there really a Satoh-san? why does he speak such colloquial English? why is he giving away all of the industry’s secrets? — but I would like to assume the information is being presented in good faith. This is a must-read article, in any case. We at least learn the kinds of things we should be looking for in order to verify the industry portrait contained within.

There are a few points that match up the Visual-kei “con” well with patterns of the larger Japanese music industry that we know exist:

• Total management company control of artists. In both Visual-kei and idol worlds, the companies hire talent as salaried employees and determine every part of the total package. While this is seen with manufactured pop stars in other countries, it is disappointing to learn that even the crazy indie rock bands in Japan are basically cookie cutter. This also proves again that the business model is forcing super fans to buy the music as one more character good rather than creating “good” songs that appeal to a wider audience. In other words, companies abuse the culturally Japanese praxis of demonstrating loyalty: consumption. The system does not just de-emphasize musical talent, but also de-emphasizes good songwriting and production. No one needs to even try.

• The entertainment industry is a massive tax-evasion scheme. With the arrests of Rising (now Vision Factory) CEO Tetsuo Taira and Avant-Garde CEO Makino on tax evasion charges in the last decade, it is clear that the entertainment business allows for — and according to Taira’s court statements, requires — massive tax evasion. Satoh-san in the interview states in concrete terms how the practice works, with padding receipts between companies as a way to launder money. A few famous indie fashion brands got in trouble for something very similar back in 2005, so this not just the music industry. Since most of this is happening on the jimusho side, major labels from giant companies (Sony and Toshiba, etc.) may not be directly participating in this. But it would be a big surprise if they did not know it was happening. The other big question is why the Japanese government allows this to continue, thus robbing itself of huge tax revenue.

• The false appearance of corporate diversity. By changing the name of labels and management companies, the Visual-kei market appears to fans as if it has healthy competition. In reality, one company basically funds the entire operation. This is also how the alleged Burning “Keiretsu” is purported to work, although with no actual above-the-board evidence, we have to trust industry insider accounts. A scan of the Oricon pages will show hundreds of little management companies, but in reality, they are all organized into larger groups led by a central management company. The only way to prove the links is to look at publishing and corporate records, but most of the super secret connections exist in a plane totally unaffected by official documentation.

• Industry practices as “secret knowledge.” The most disappointing thing about this Visual-kei interview or any insider entertainment industry gossip is that it must remain in the gray zone of knowledge. There is often circumstantial evidence that supports the ideas — for example, Suzuki Ami did disappear suddenly after a “successful” legal battle with her management company — but we never have the mass media or government giving us concrete proof that something illegal or unethical is afoot. The closest we get is the arrest of jimusho managers as the police cannot hide the arrest. But the mass media, greatly dependent upon talent for profit, would not dare expose the entire industry. Those arrested are just “bad apples.” How the Japanese entertainment industry works is full of rules and regulations that can never be made public. So we are stuck having to read suspicious accounts in third-rate publications that often do not mention full names in order to protect themselves from libel. Wikipedia Japan refuses to consider this information in its articles. The truth is essentially cast out to media limbo, while the tatemae facade remains the most legitimate narrative of how Japan works.