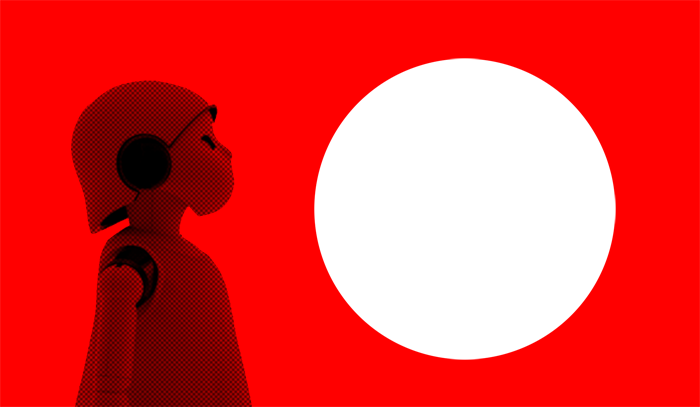 As part of the Infiniti Brand Journey, we visited the Daikanyama offices of Flower Robotics yesterday where we had an hour-long chat with charismatic founder Tatsuya Matsui. The company is a bit notorious for having everything in the office — including the workers’ wardrobes — limited to simple monotones. This being the most chic part of Tokyo though, it was hard to discern the idiosyncrasy. Matsui was wearing a slim navy blue suit, white shirt and navy silk tie. His robots — including Posy and Palette — are molded in white and black. I do not recommend wearing patchwork madras on an official visit — you will not just scorch the atmosphere but look like a dweeb.

Off the bat, I mentioned common criticisms of Japanese robots: the creations are mere “puppets,” karakuri ningyo that move on their own but require human beings to pull the strings. And many high-profile robots — cough, Asimov-minus-the-v, cough — seem more about fulfilling PR roles than functional needs.

Matsui’s approach takes both of these issues into account. Flower Robotics is first and foremost a business, so the company’s aim is to create robots that cater to particular demands. The robots also utilize a certain amount of artificial intelligence to make decisions on their own. The best example of this is the aforementioned “moving mannequin” Palette, who stands in fashion brand display windows and remembers which poses most appeal to onlookers.

In the comment section of the last post, we talked about Japanese craftsmanship quickly descending into “Orientalist discourse,” in the sense that using the Japanese word “shokunin” (職人) suddenly religates the universal human desire of creation to a mystical, Eastern framework transcending Western rational understanding. There is also the issue of self-Orientalization, where Japanese designers work to explain their unique philosophies and decision-making in the context of unchanging Japanese traditions.

From my brief time with him, Matsui sounds as if he is more influenced by modernity (and Steve Jobs!) than karakuri, but there are particular parts of the Japanese design mindset that do seem to be culturally-bound. He and the other craftsmen are very interested in concrete objects — i.e., hardware. There are many economic-structuralist explanations for the failure of Japanese companies to master software, web design, E-books, net culture and user interfaces, but without going full-blown cultural-essentialist, can we not say at this point that there is very “Japanese” predilection for creating actual objects rather than virtual ones? We do not necessarily have to explain this through animism — there are kami everywhere, even in your Walkman — but we can probably safely say, people who love the concept of physical objects tend to be extremely detailed-oriented and obsessive when it comes to making them. This probably can be said for Steve Jobs and James Dyson too, but that way of thinking has a particularly large number of adherents in Japan.

In the case of Flower Robotics, the point is never about raw materialism — the cult of R2-D2 — but the human interaction with the robot. As Japan moves into a post-materialist era — whether due to economic collapse or the Internet age — robots can no longer just be geeky gadgets we lust over. To become a true industrial field, they must be machines seamlessly weaved into our daily lives. On this measure, at least in Japan, Matsui is way ahead of the pack.