The Legacy of Shibuya-Kei Part One 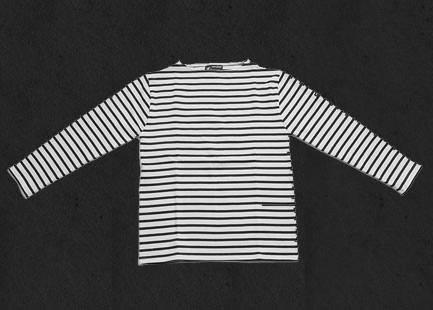 On February 20, 2004, I found myself at tiny club Bar Drop in Kichijoji with dozens of other twee kids in border shirts, celebrating the release of a tribute album to the band Flipper’s Guitar — the second album in four months. The first tribute had been a B-list major label effort (TRIBUTE TO FLIPPER’S GUITAR~FRIENDS AGAIN), and the more dedicated indie-pop kids were so incensed by this hack revisionism that they went out and made their own two-disc collection of covers (The Sound Of SOFTLY! ~tribute to Flipper’s Guitar~ Vol. 1

). In theory, 2004 was the 15th anniversary of FG’s first release three cheers for our side

, but this was a pretty weak rationale for the sudden onslaught of tribute albums. At the time, however, a certain nostalgia for the band had inhabited the zeitgeist. And this particular young crop of new musical acts had been particularly indebted to Flipper’s Guitar and the wider “Shibuya-kei” movement for their entire understanding of what it meant to “make music.”

In years prior everyone was mostly pre-occupied with the post-breakup solo careers of FG members Oyamada Keigo (aka Cornelius) and Ozawa Kenji. But once Ozawa disappeared to New York and Oyamada went into leftfield acousto-electronics with his album Point

, the Japanese indie pop world became like the Soviet Union after the death of Lenin — a political battle between the disciples for securing the crown of legitimacy in a time with no designated successor. A myriad of young partisans appeared on the scene, ready to steal away the banner of Shibuya-kei for their own side. Who would be the proper youngsters to “fire the tricot” into the 21st century?

But before we can understand the Shibuya-kei nostalgia in the early 21st century, we have to ask, what exactly was Shibuya-kei and why was it so important? Sonically, the artists included in the genre did not share a specific style, but more of a guiding philosophy. They took sonic cues from California ’60s soft rock and psych pop, French Ye-Ye, Chicago house, East Coast hip-hop sampling, krautrock, Scottish anorak pop, Madchester club beats, Brazilian bossa nova, Italian film soundtracks and any other internationalist, retro-futurist genres. The central idea was to not sound like an imitation of Billboard-charting pop nor be rebelliously “underground” in its classic confrontational mode — but to occupy a chic space in the wider consumer culture similar to their favorite tastemakers overseas. Shibuya-kei was often called “Japanese yogaku” — Western music created by Japanese artists. The music itself, however, was often less important than the total aesthetic impact.

Shibuya-kei was ultimately an attempt to create a Japanese analog to the indie music cultures that had developed in the U.S. and U.K., but the Japanese artists ended up succeeding far beyond their international peers in impacting the entire Japanese music market. Shibuya-kei was not just the emergence of a new genre. The appearance of Flipper’s Guitar in 1989 was a pivotal event in the surfacing of “independent” culture into the Japanese mainstream consumer market during the 1990s, setting the stage for a wider cultural movement in media, fashion, art, and interior/graphic design.

With this historical change in mind, this six-part series traces the particular musical history of the movement and its evolution from the prehistory of the 1960s to the death and burial of Shibuya-kei in the mid-2000s.

Shibuya-kei officially started in the early 1990s, but the artists’ musical praxis and style philosophy has roots in the wider development of the pop music market during the late 1960s.

When The Beatles in 1966 managed to avoid assassination by outraged rightists and play their Budokan gig, the entire Japanese youth music scene moved away from the briefly-popular instrumental surf guitar “eleki” boom and started up their own beat bands. The resulting “Group Sounds” (GS) acts, however, did not leave much of a lasting mark upon Japanese pop history. Most of the GS repertoire copied the instrumentation of Western bands but still clung to minor-key Oriental melodies. Furthermore, the popular bands in the were essentially Monkees-type creations who didn’t write their own music, and those with a tinge of authenticity, like The Dynamites (“Koi wa mou takusan”), The Spiders (“Ano toki kimi ha wakakatta”), or The Mops (“Blind Bird”) scored nary a huge hit. But even the most tame GS bands like The Tigers (“Hana no kubi kazari”, “C-C-C”) were too much for the Japanese authorities, who promptly enforced a nationwide crackdown on the the entire movement and banned many from TV.

Meanwhile, the era’s vibrant Japanese counterculture had an ambiguous relationship with Western music. The large-scale, culture-engrossing Leftist student rebellion chose an earthy and very Japanized folk for their rallying tunes. The Folk Crusaders became a national hit act thanks to novelty song “Kaette kita yopparai”, but melancholy enka-paced songs like “Eichan no Ballad” became the standard “folk guerilla” sound. There were intersections between international rock styles and the student left, however: The bassist of legendarily-mysterious psychedelic noise band Les Rallizes Dénudés was one of the Japan Red Army hijackers. But the band was so obscure as to have little relation to the wider consumer market. The underground, at this point, was truly underground.

In the early ’70s, however, the idea of widely-marketed youth music became more socially-acceptable. The era’s most enduring act — and the first direct ancestor to Shibuya-kei — was Happy End, a folk-rock band popular with a wide fan-base who were able to maintain musical credibility and independence. (“Dakishimetai”, “Kaze wo atsumete”, “Hana Ichimonme”) From there on out, Happy End’s bassist Hosono Haruomi became the Japanese patron saint of “obscure Japanese music with one foot stationed firmly in the pop market.” He released albums throughout the 1970s that strayed further and further into exotica and genre-denying international sounds, under his own name and then bands Tin Pan Alley (“Peking Duck Live”), and of course, Yellow Magic Orchestra aka YMO (“Rydeen”, “Tong Poo”). Hosono’s playful and open-minded approach would be an inspiration for Shibuya-kei, as well as the idea of making music that even Westerners would find interesting and new.

Throughout the 1970s there had been a strong “underground rock” scene, but in the early 1980s, a Tokyo-based “alternative” music scene emerged that was both closely aligned with the city’s fashion/design community and the international New Wave movement. This was mostly a small clique centered around the long-running London Nite party at Tsubaki House. This was the it party of all Japanese club parties, where people in Hokkaido would fly down to Tokyo for the weekend just to attend. This scene eventually spawned the The Plastics (“Top Secret Man”, “Copy”), Ookawa Hitomi of the punk fashion brand Milk, and much later, street-wear entrepreneur Fujiwara Hiroshi.

In particular, the now slightly-obscure band Salon Music was particularly important for the story of Shibuya-kei. The two-person act is often considered to be “proto-Shibuya-kei.” Opposed to Friction, they had no interest in the aggression of punk rock. Unlike the other New Wave bands — P-Model (“ArtMania”, “Kameari Pop”), Hikachu (“At the end of the 20th century”), Juicy Fruits (“Jennie wa gokigen naname”) — they were not interested in being robotic “techno poppers.” They aimed for a chic vaguely-European music that sounded like Western music and not like a ironic play on self-Orientalization like YMO or The Plastics. Their excellent debut single “Hunting on Paris” came out in 1982 on British label Phonogram. Although the Japanese major label Pony Canyon put out their first album My Girl Friday

They inadvertently made history, however, by discovering a young Japanese “neo-acoustic” band called Lollipop Sonic (“(I would want to) Go!”, “Exotic Lollipop”). Salon Music’s Yoshida Zin helped Lollipop Sonic get a record deal, with one condition: They had to change their name. The five-piece were thus rechristened as Flipper’s Guitar and prepared for a debut album.

This original comments to this piece have been disabled as they mostly refer to an older edit of this post and make sense only in the broader context of the early Neomarxisme blog.