The Top Hat by Watanabe On

The following story was originally published as 「シルクハット」in the April 1928 issue of magazine Mystery Fan「探偵趣味」. 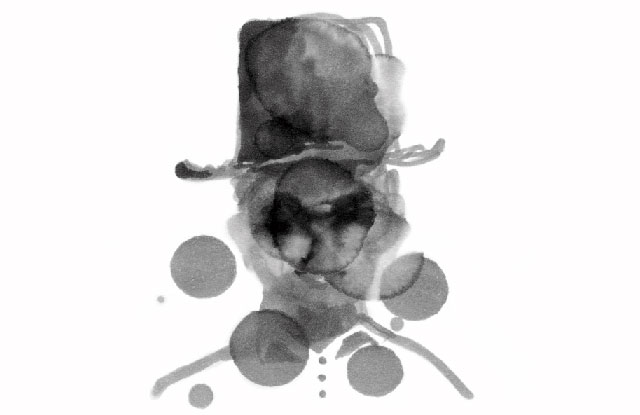 Nakamura and I had both received a ten-yen pay raise.

I sold Nakamura my worn-out old derby for ten more yen, added five yen to that, and bought a top hat.

I had long dreamed of wearing a top hat, just once, before I grew old. I desperately wanted to know what it was like to place that luxurious presence atop my head.

Using a small velvet cushion, I stroked and stroked the nap of the hat. In the milliner’s mirror, amid the gay electric lights, the hat seemed made for me.

As for Nakamura, he stuffed his old black felt hat into his bag and put on my derby instead. It made him look like Mussolini.

After leaving the milliner’s, we went to the harbor, as usual, to a public hotel on the beach, to buy women. Payday was the only day of the month we allowed ourselves the treat of spending our meagre salaries on the company of women.

The top hat set the women at the hotel astir, as I had expected. Mine stared, eyes wide, apparently more flustered than impressed. Since the previous month, she had grown so pale and thin that I almost didn’t recognize her. I had heard that her health was poor; apparently it had deteriorated further.

As she danced with me, she grew short of breath and eventually began to tremble. When I noticed this, I stopped dancing at once and pulled her onto my lap.

"You seemed to be having some difficulty," I offered.

"I’m all right now… but I may not have long to live," she replied. Her voice was raspy.

Nakamura was with his usual girl. She was plump, with her hair cut in a boyish style. They had drunk several German beers and were now dancing a dubious Argentine tango. Her brow was fierce and villainous-looking, but Nakamura said that was exactly what he liked about her.

Before we went into the bedrooms, we paid separately.

I opened my billfold wide so that my woman could see. "Still got plenty left tonight," I said. My expenses for the entire month were in there — rent, food, clothing, everything.

My woman craned to see the bills inside. "Well!" she said, and laughed.

Perhaps it made her feel a little better.

We went into her room. As we lay down, my woman carefully hung the top hat on the wall at the head of her bed, which was covered with posters of movie stars. She then put her hands together in imitation anxiety. The nap on the fabric covering the hat was very delicate, so she had to be quite careful how she handled it.

The hat hung there, above our heads, lustrous in the darkness.

As we lay in bed, my woman seemed to lose her spirits again, sighing deeply over and over.

"Something bad," she replied. She was wheezing deep in her throat.

"Yes. So I’ll never get better. I suppose you don’t want a sick woman like that, do you?" she asked, running her slim fingers through my hair.

The woman brought her hands to her head.

"Well, then, shall we die together?"

"…Are you some kind of nobleman?"

The woman glanced up at the top hat, then back at me.

"To tell you the truth, my father is a count," I lied.

The woman’s limbs were cold as leather and unpleasantly damp with sweat.

The wind came up. The sound of the waves outside the window grew fierce. I slept poorly.

"I heard your woman has the pox."

Nakamura and I were resting on the quay early next morning when he broke the news. The warships from abroad were basking at anchor in the rising sun that shone across the sea.

"I thought it was a lung disease."

"It’s the pox. From Europe, apparently. A bad strain."

"That explains why she asked me to die with her."

"I said that I would. Then I breathed in a whole mouthful of her germs."

"A mouthful of some European sailor’s rash you mean."

I sighed deeply, and took off my top hat to place it on my lap. But I accidentally took hold of it from the wrong angle and rubbed the nap the wrong way. It bristled roughly, fierce against the wind. My heart sank with regret for a mistake I could never undo, and tears sprang to my eyes. Then they fell upon the hat.

"But, hey, that’s how things work between a man and a woman," Nakamura said. "Nothing to be done about it."

"Those boils came hopping from man to woman, who knows how many million, how many centuries, around the world to get here," I said.

"Essentially the same as love," Nakamura said. "Also, you’re wearing that top hat now. No-one’s going to say you have the pox. Cheer up."

At length, I pulled myself together. I put the hat on again, taking a deep breath of the morning air.

Nakamura, smiling slightly beneath his derby, began to whistle.

Watanabe On (1902–1930) was a writer and editor of suiri shosetsu (推理小説) — an early 20th century genre of detective and mystery fiction. Inspired by American writers such as Edgar Allen Poe, Watanabe found favor for his early work from famed writer Tanizaki Jun'ichiro. But his career was cut tragically short by a fatal railway accident at the age of 27.

Shimodaira Akinori is an illustrator and fine artist living in Tokyo whose work has graced the cover of an•an and been seen in collaborations with fashion brand FRAPBOIS. His site is located at murgraph.com.

Posted in Fiction and Literature, The Past 3 Comments »