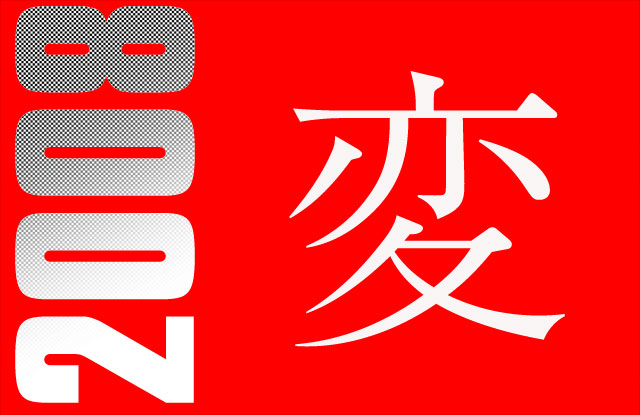 The Japan Kanji Proficiency Examination Association (日本漢字能力検定協会) have announced their 2008 Kanji of the Year: 変, meaning both “strange” and “change” (and even “rebellion“).

I had high hopes for this year after the sneering cynicism of 2007’s winning kanji, 偽 (fake), but KotY voters clearly aren’t yet prepared to abandon basket-of-puppies territory. Not that they aren’t representing some sort of Zeitgeist — @nifty got exactly the same results polling bloggers — but when both Obama and Aso qualify as examples of the same phenomenon, it’s clearly “change” defined extremely broadly.

Tansho Miki (丹所美紀) observes [and Scilla Alecci translates], 変 by itself feels much closer to “strange” or “mistaken” than “change,” which, she argues, applies to Aso perfectly.