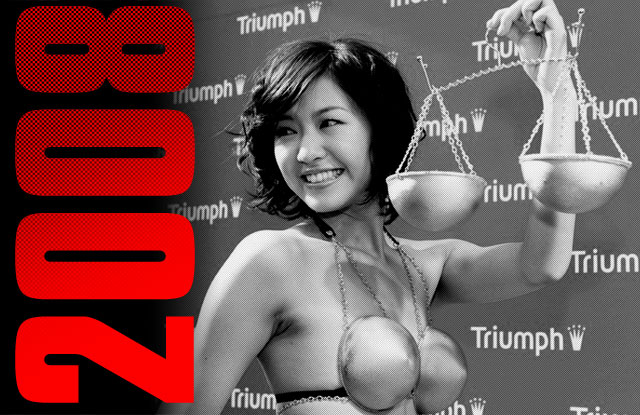 At the end of November, almost 300,000 Japanese citizens received letters informing them that they may be called to judge their fellow citizens. After a series of mock trials starting last year, the letters marked one of the final steps in preparation for the “lay judge” system (裁判員制度) in Japan’s courts, set for full implementation in July 2009.

Japan once had a jury system similar to the United States, beginning in 1923 in the era of so-called “Taisho Democracy” until it was eliminated during World War II. Under the postwar judicial system, a panel of three professional judges hears serious criminal cases as the prosecutors and defense make their arguments. At the end of the proceedings, the judges make the decision on whether the defendant is guilty and also decide the sentence.

After the war, GHQ officials working on Japan’s constitution considered re-instituting the jury system but refrained at the insistence of the Japanese. The law contained a passage that a later introduction of a jury system would not be ruled out, however.

This history laid the groundwork for the conclusions of a 1999 government council on legal system reform, which advocated the passage of laws to create the lay judge system without the need to amend the Japanese constitution.

The new lay judge system will add six citizen judges (aka “lay judges”) to the mix for trials of serious crimes, such as murder and arson, heard in Japanese regional courts. The lay judges will be called to sit with the three professionals and participate actively in the proceedings, questioning witnesses from both sides and considering evidence. The professional judges will make judgments on the law, such as what evidence may be considered, and provide legal explanations to the lay judges, but the actual decision and sentencing will be made by a majority vote of all nine judges.

While on the whole, large-scale public participation in the court system marks a tentative step forward for Japanese jurisprudence, the lay judge system has been enormously controversial on many fronts, including a lack of justification or demand for the reform, the inability for defendants to refuse a trial by lay judges, to the wasteful spending of providing daily stipends for the lay judges.

Some of these criticisms are technical, but I think they mainly stem from the fact that the system was more or less foisted on the Japanese public from the top-down. Unlike Western countries, whose jury systems developed over centuries of conflict between rulers and the ruled, Japan’s lay judge system was invented over a matter of years among Tokyo elites, led by the Kasumigaseki offices of the courthouse bureaucracy.

A recent NHK special on the subject starkly revealed the public’s anger over the introduction of a system they had basically no say in creating. At one point during a live debate between experts and laypeople, one man accused the government of allowing itself to be reformed in reaction to US demands (the US seems to have taken an interest in some reforms proposed by the original panel, but the lay judge system itself appears 100% homegrown). A suggestion that the system be put on hold to allow for more public participation generated shouts of approval from almost everyone in the room.

The true negotiations over how this system will work appear to have taken place between the government, attorneys’ groups such as the Nichbenren, and US groups interested in Japan such as the Mansfield Foundation. Looking at the commentary at citizen media site JANJAN, a typical question raised is why the government is so intent on rushing ahead with this new system.

Underscoring the challenge of introducing democracy from the top down, a December 2006 opinion poll found that a full third of respondents would not want to serve as lay judges even if required by law.

To promote the new system, the government hired advertising giant Dentsu among others to position the system as a move forward for Japanese law. In a wide-ranging campaign, promotion of the jury system has manifested itself in a serial drama, a video game, and literally dozens of hastily drawn “image character” mascots. The profligate spending became a target for criticism in 2006, when the Supreme Court was found overpaying for ad agencies’ services and rigging town hall meetings with planted questions.

But despite the sloppy and dishonest promotion, could a jury system have come about any differently in modern Japan? Japan has been effectively a one-party state run by its bureaucratic class since the end of the War. The public, generally middle class, well-off, and treated justly, is generally so removed from the legal system as to have little interest in it at all. The development of the Internet as a forum for debate has given interested citizens a new voice, but so far its power has been limited.

All in all, I am hopeful that this system will prove a net positive. Despite the doubts of people such as those quoted by the New York Times who worry that harmony-loving Japan will simply go along with the prosecutors each time, I have confidence that most participants will take the task seriously. And every person chosen for jury duty will likely experience a serious wake-up call that national policy can affect their everyday lives.