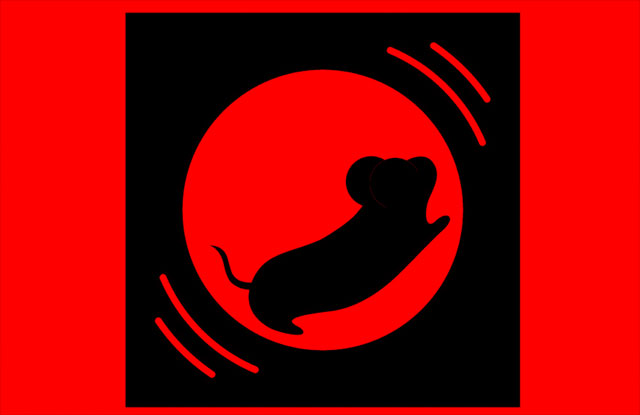 Inspired by this piece of auspicious reporting on Japan from venerable British news organization the BBC, we sent veteran Néojaponisme reporter Matt Alt out to the United States to see how the deteriorating economic situation is causing desperate Americans to pay cash for the companionship of their fellow man — or animal.

Don’t call him a rat! His name is Mikki, or “Mickey” as Americans pronounce it, and there’s no shortage of people willing to make this mouse’s acquaintance. In most cultures, mice are considered vermin, scourges of urban environments. But not here in America. They want to touch him, give him a big hug, and have their photograph taken by his side. Sometimes they come alone — other times, they bring their whole families. Many travel large distances and pay great sums for the privilege of a visit.

Mickey is the mascot of a uniquely American service called an “amusement park.” Disneyworld, as this one is called, is located in the state (prefecture) of Florida in America’s remote southeast. While inside the confines of this park, visitors pretend that friendly, human-sized animals like Mickey are their friends. His compatriots include giant ducks, dogs, and chipmunks, and in this subculture, no one considers them strange companions.

Bobby, who speaks with a lisp and just turned six years old, is normally rather shy with people. He longs for a “Mickey” of his own. But his mother will not allow a mouse in the house, making Disneyland the perfect solution to his problem.

Statistics for 2007 revealed that tens of millions of people felt compelled to stay in Disneyland, some never leaving the grounds for upwards of a week or more. And it’s only one of many parks in America that provide fantasy services for increasingly despondent American people.

Of course American fantasies aren’t limited to mice and bunnies, as people who work in America’s sex industry will testify. The vast industry specializes in offering opportunities to exchange money for fantasy situations. Perhaps most common are so-called “escort services” that allow American men to rent a pretty woman who will pretend that she loves him. It’s an open secret that everyone from janitors to politicians make use of these services, though operators claim their numbers of clients have plummeted in this time of recession.

One specialty agency even rents women who dress up in furry costumes reminiscent of cartoon characters, although whether this involves seduction or merely heavy petting is not exactly clear.

A Desparate Plea for Help

Perhaps the clients of these Furries are attempting to relive the experience of visiting “amusement parks” in their youth. America’s sex experts seem to agree. “Is it any wonder,” asks syndicated columnist D.S., “that a tiny percentage of this Disney/abstinence generation came to fetishize the safe and cuddly stuffed animals of their childhoods?”

As we’ve seen, loneliness is a problem faced by many people in this spacious nation, with some American states boasting low population densities unthinkable here in Japan. The use of antidepressants among children grew tenfold between 1987 and 1996. It seems a sense of lonesomeness is a problem for many people in the land of the free and the brave.

Posted in Dispatches, The Present 24 Comments »