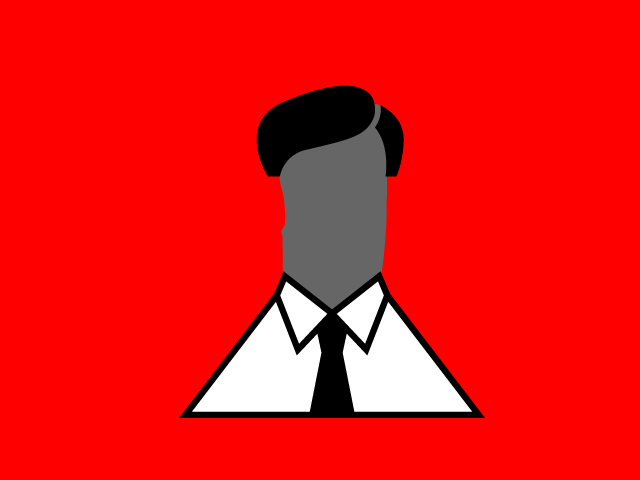 The title story is the winner: a novella that could be translated “Final Dwelling.” Personal hobby-horses first: It’s lacking many of the markers of A-Prize bait. It’s not a first-person narrative, and it doesn’t represent a hitherto overlooked subculture. But that doesn’t necessarily mean it’s innovative. The story examines, broadly speaking, the travails of the middle-aged salaryman. In this it feels older than old. So old it’s new? Are oyaji the new gyaru?

None of the characters are named. The story follows kare (“he”) from the point of his marriage to tsuma (“[his] wife”) to, essentially, his retirement. They’re both over thirty when they marry, and they seem to have stumbled into it with no great enthusiasm, because it was time to get on with their lives. Later we figure out it must have been the early 1980s when they married, which explains the greater pressure on over-thirties to marry (it’s still there today, but perhaps not as strong).

Almost immediately, he begins to feel estranged from his wife. She has mysterious mood swings. He never tries too hard to figure them out, and they remain unexplained. He drifts into affairs, and at one point is ready to leave his wife for his mistress when his wife announces she’s pregnant. So they stay together. Not that it anything changes. In fact, at one point they go for eleven years without speaking to each other. Not to mention, he keeps having affairs. Curiously generic affairs, though, even the one with the girl in the sunglasses, who he feels is his perfect woman. She’s his ideal, but this relationship doesn’t go much of anywhere either.

Meanwhile we also follow his career. He works for a pharmaceutical company, in sales at first. We follow his challenges at work — long hours, little success — against a backdrop of the Japanese economy from the ‘80s to the present. From about halfway through the novella, the historical markers get pretty specific, and we go through the Bubble years into the long period of stagnation. The climax of the novel involves the unnamed man, an executive now, going to the U.S. to engineer a hostile takeover of an American pharma firm. It takes him years, but he accomplishes it and finally gets to go home.

The third strain of the novel comes into play now. Before he goes to the U.S. he had decided to build a house for his family. The narration goes into uncharacteristic detail on the process. But then he gets called away. When he comes back, at the end of the novella, he’s finally ready to settle down and enjoy the new house. But when he arrives he finds that his daughter, his only child and reason for living, has grown up and moved away — to America, of all places — without telling him.

So this is the “final dwelling” of the title: an expensive, well-built house inhabited only by himself and his wife, who are all but strangers to each other. Now it’s just them, and as the last paragraph of the story tells us, it’ll be just them until they die. Which won’t be long now. The End.

What’s going on here? Two features of the story, I think, point to its aims.

First, the protagonist’s extreme passivity. The members of the A-Prize committee who supported this story seem to have been impressed by this, that the protagonist just kind of meanders through his life, watching, not participating (that’s how Ikezawa Natsuki put it). You can see this in his relationship with his wife: his only effort to understand her is a half-hearted attempt to find out if she’s having an affair. She’s not, he relaxes, and that’s as far as it goes. He doesn’t try to, you know, talk to her. That said, I’m not sure I agree that he’s totally passive. It’s more like he’s on autopilot, taking action only when it’s demanded of him, like when he has to perform the hostile takeover, or when he reaches the stage in his life and career when it’s appropriate for him to build a house. Then he does act. But never in a way that goes beyond the bounds that have been set for him. He never jumps the tracks, kicks over the traces, ignores the carnavi.

Second, we have the fact that nobody in the story is named. This contributes to the somnambulistic air of the story, but it also makes the protagonist into Generic Salaryman, a stand-in for all the company men of his generation. His wife is not an individual either, but Generic Mrs. Salaryman. Same goes for his boss, his daughter, his mistresses.

To me, the brain-dead pointlessness of the protagonist’s life, combined with his utter facelessness, suggest that what Isozaki’s after here is a good old-fashioned poke at the bourgeoisie. Salaryman = cog in the capitalist machine = alienation from one’s own feelings = mindless consumption to compensate = lingering dissatisfaction = dying alone. Now, there’s nothing wrong with that critique, but it’s hardly a fresh one. It’s been decades since that perspective alone was enough to make a story worth the reader’s while. If this story had appeared in, say, 1959, it would have made sense. But in 2009 it just feels, well, old-fashioned. An oyajiesque critique of oyaji.

What I’m saying is that even the reader most sympathetic to Isozaki’s message (if he’s doing what I think he’s doing) is probably going to want more from the story than that. Character, plot, style: some kind of novelistic pleasure. But this story offers very little in that regard. By opting for generic characters rather than specific, the author denies us the opportunity to understand why someone would live like this, or its effects on a real person; we’re always gazing down at kare from above. By adopting passivity as the organizing principle, the author is neutralizing plot as a source of interest. In fact, in the very first paragraph the narrator tells us that the protagonist and his wife are going to stay together for decades in an unchanging relationship, meaning we know the end from the beginning.

And style? This was tricky. By and large, Isozaki’s prose is undistinguished and occasionally awkward. But now and then he lapses into some nice description. (I liked his evocation of the Illinois prairie in winter). And at times he seems to be gesturing toward parody — he throws in exclamation points here and there that made me feel he was trying for a laugh at the main character’s expense, at least.

At those times I found myself wishing he’s gone farther toward humor. It would have been cruel humor, bourgeoisie-baiting, but at least it might have made the story entertaining. As it is, I do think there’s a parodic element here, at least I hope so. The protagonist’s travails — the eleven years he goes without speaking to his wife, the fact that he’s totally unaware that his daughter has moved out of the house, the way his boss tells him to execute the takeover or his life will have been a failure — are too exaggerated to be taken seriously. They have to be a parody of the kind of salaryman concerns you see in things like Shima Kôsaku. But they’re a parody with little humor, in fact little animating emotion of any kind.

That was my first reaction to the main story “Tsui no sumika.” Now, here’s why I liked the extra stories.

“Penanto” (“Pennants”) is the name of the one in this volume. The title refers to an image in the first of the story’s three segments: a boy sneaks into an older boy’s room and sees the walls covered with souvenir pennants. The old fashioned kind, with the careful embroidery. They’re all pointing the same way, and they make him feel like he’s in the midst of a school of fish or something.

It’s an arresting image. This story has a few of them. But they’re in the service of something pretty abstract. That first segment culminates in the boy hearing a noise in the wall, tearing it down (!), and finding a snake’s sloughed-off skin, glowing silver behind the wall.

The second segment concerns a middle-aged salaryman who loses a button from his coat. He finally finds it in a diner he’s never been to before, where an old woman tells him it’s been waiting for him. The last segment concerns a boy (probably different from the first one, but because nobody in this story has names either, we can’t be sure) taking a walk in the woods, encountering another boy, finding an ant-lion.

It’s pretty clear that this story is supposed to work on a semi-abstract level: dream logic or magical realism (Ikezawa invoked Garcia-Marquez in talking about “Tsui no Sumika”). And it almost works. I don’t know what they add up to, if anything, but I think I can see the mood Isozaki’s trying to create.

But in the end, I don’t think this story succeeds. If you’re going to abandon character and plot in favor of poetic imagery, then your images themselves have to be pretty powerful. And it helps if your prose is flawless. Isozaki doesn’t quite have these bases covered yet. The images here aren’t consistently striking, not like they need to be, and while there are some nice passages in this story, his writing doesn’t have the polish and precision this kind of exercise requires.

What’s interesting is that there’s enough commonality of tone with the first story to make me wonder if he wasn’t trying for a dreamier effect there, too. That is, maybe the salaryman-existentialism wasn’t intended to be as overriding as it is. Or maybe I’m making too much of that aspect of the story.

Sergeant Tanuki — a nom de plume — first arrived in Japan during the Uno administration and has been going back and forth between the U.S. and Japan ever since. Currently he's a graduate student studying Japanese literature at an American university. He has translated five books of Japanese popular fiction into English. He maintains a blog on art/popular culture, both Japanese and non-Japanese, at http://sgttanuki.blogspot.com/.