Japan in The Great Railway Bazaar 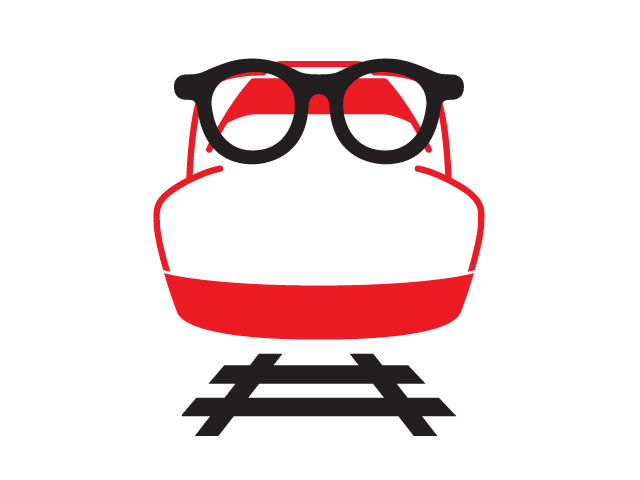 In 1973 famed writer and novelist Paul Theroux made an ambitious jaunt across Europe and Asia almost exclusively by train. His account was published in 1975 as The Great Railway Bazaar

— now one of the great classics of the travel writing genre.

With trains as the central theme, Theroux could not resist paying Japan and its shinkansen a visit, so he ends up using the island nation as his furthest point East before heading back to Europe via the Trans-Siberian Express. Coming from a stint in the deep jungles of war-stricken Vietnam, Theroux flies to Japan in late 1973 to ostensibly give a few lectures on English literature. These engagements at universities in Hokkaido and the Kansai region are just excuses, however, for him to take the bullet trains up and down Japan.

While Theroux boasts no expertise on Asia or Japan in particular, what is fascinating about his account is the degree to which he is already able to summon the most classic stereotypes of post-war Japan by the early Seventies.

First and foremost, everything is incredibly expensive — even to this American living in the U.K. Theroux writes, “It is with a kind of perverse pride that the Japanese point out how expensive their country has become.” Clothes “cost the earth,” and he hears rumors of a $40 cup of coffee. Yet he quickly realizes something that is still true today, that Tokyo can be cheap if you stay in inns rather than hotels, eat ramen and other Japanese dishes, and take commuter trains instead of taxis.

(There are some differences from the present, however. Theroux’s account claims that fruit, mostly imported from South Africa, comes cheap and plentiful. Judging by the insane fruit prices of my local supermarket in 2011, this was either an observational mistake or has completely disappeared over the last few decades.)

Further stereotypical scenes: drunk Japanese salarymen passed out on the streets, women greeters at department stores, a “Japanese taste for gadgetry,” the lack of guilt towards consumerism, men and women in surgical masks, and highly ordered behavior that Theroux calls “a people programmed.”

During his short time in Japan, Theroux ends up doing a lot of things and talking to a lot of people, yet he focuses his write up on what he finds to be the culture’s peculiar forms of sexuality.

Looking for something to do at night, Theroux ends up at a performance called “Red Flowers Fall on Fair Skin” playing at the Nishigeki Music Hall. The newspaper ad — “commemorating the 250th anniversary of the birth of Japanese playwright Chikamatsu Monzaemon” — tricks him into believing it is a culturally important show. Hence he acts disappointed to ultimately discover it is, as he puts it, a “tit show.” Resignation turns to abject horror as the stage performance slowly transforms into first, a minstrel show, and then bouts of incredibly violent and sadistic sex. In a segment called “Ten no Amishima,” a man kills a woman right as he orgasms, and in the final piece “Onna Harakiri,” a naked woman slowly commits suicide with a blade, splattering blood everywhere. Theroux is even more weirded out by this “savage eroticism” when the male audience shuffles out in orderly fashion and then they all bow goodnight to colleagues with utmost protocol.

While Theroux’s account reads like a satirical fictionalization of Japanese entertainment, this particular show did actually exist. “Red Flowers Fall on Fair Skin” 『白い肌に赤い花が散った』played at the Nishigeki from November to December 1973, written by playwright and failed LDP candidate Takechi Tetsuji. Theroux does not catch, however, that this kind of performance was far from “mainstream”: Takechi was a highly controversial figure who had been prosecuted routinely for obscenity.

Yet after that show Theroux seems to find sex and violent art everywhere he looks. He tries reading Edogawa Rampo and finds it implausibly perverted. He flips through a young woman’s manga as she’s in the train bathroom and discovers “bloody stories.” He hears an anecdote about a teacher and her students’ mothers all getting together to giggle over a pornographic Buddhist scroll. Even when he meets a Kyoto professor obsessed with Henry James’ novel The Golden Bowl

, the discussion quickly descends into the Japanese scholar’s specific proclivities for sex shows. (We alsp learn in this discussion that Saul Bellow had a boring time in Japan until they figured out to take him to a strip club.)

Theroux is no prude, but he is never quite able to laugh off the encounters with sex throughout his time in Japan. He had even seen the darker sides of the Asian sex trade throughout his travels in places like India and Bangkok, but he seems traumatized by the sheer banality of “blood-thirsty” sexual voyeurism in Japan.

The Great Railway Bazaar’s brief Japan episodes put forward familiar views of Japanese sexuality that would later become stereotypical. That being said, was the author’s special attention to Japanese sex culture a fair topic for exploration? Or was it intentionally exploitative, meant to shock his English-language readers and draw moral lines of which Theroux was clearly on the right side?

While in Japan, Theroux does not once comment upon Japanese sexual services intended for the individual, nor does he seek them out. No one stops him on the street to offer him girls. Yet his social experiences keep bringing him back to the subject of sexual voyeurism, and you can feel his frustration and slight digust. Compare that to his experiences in the rest of Asia, where he treats prostitution with little shock, and his reportage just ends up layering a creepy veneer on something he finds to be generally inevitable.

Theroux likely had little background to understand the degree of institutionalization of sexual commerce within Japan, especially for a nation that has moved far beyond its pre-war poverty-driven prostitution industry. There is no single “red light district” but a widely distributed network of establishments across the country, employing hundreds of thousands of workers. As scholar Anne Allison

and others have shown, Japan’s gigantic “mizu-shobai” industry of sexual services — ranging from paying to drink with women to strip clubs and full-out prostitution — relies quite heavily upon on its integration with the corporate world. Sexual voyeurism and gender hierarchy have not been regrettable acts of desperate men: Top male bosses fraternize and companies “build bonds” through the help of these services. In the 1970s, Thereoux was likely to run into the activity as soon as he entered a male-exclusive world, such as university faculties of Western literature.

And it is this very framework of male fraternization that pushes sex towards being a voyeuristic activity. Heterosexual sex for male bonding must be rebuilt and reconfigured — from its original conception as a private act between individuals — for the purposes of group male entertainment. Hence violence and sadism are likely to become core thematic principles, as alternatives like romance, love, and tenderness directly project man’s private bonds to women — thus creating a conflict with its new context. In other words, “savage eroticism” is likely a functional product of sex’s role in male fraternization rather than merely a cultural quirk.

Interestingly the socialized voyeurism of Japanese sex culture that Theroux encountered has faded in recent years, and his travels mark the final days of an era when the “sex show” had a special place in society. These days sex services are split between the faux relationships of hostess clubs and kyabakura, meant to provide psychological support for men, and the full-out physical gratification of pink salons, delivery health, soaplands, and other fuzoku parlors. While corporate money still keeps the hostess club world afloat, younger men — who are now less likely to be full-time company employees with access to entertainment accounts — have moved away from sex services as social bonding. When they rent naughty DVDs at Tsutaya, they’d rather not run into anyone they know.

Today legal and gray market sexual services still make up a significant portion of the Japanese economy and employ a large number of women. In this sense the book’s observations — while now certainly clichéd — came plausibly from a place without malicious intent. Theroux may have been one of the first Western writers to call disproportionate attention to the socialized aspect of sex in Japan, but he certainly was not exaggerating for effect.

Posted in Conceptions of Japan, Fiction and Literature, Love, Sex, and Gender, The Past 18 Comments »