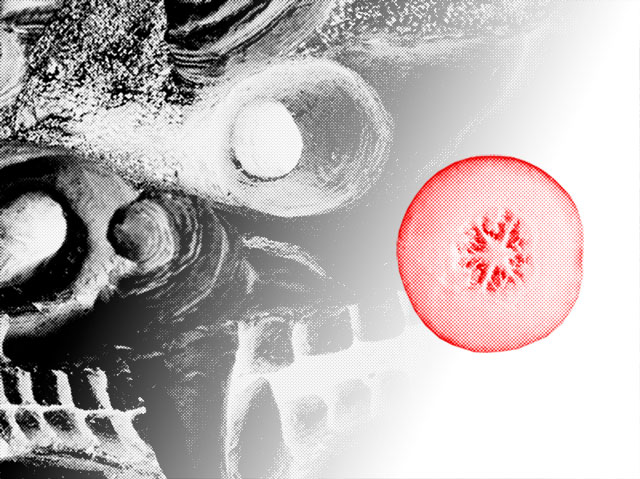 “What Okinawa needs now is not demonstrations by thousands of people or rallies by tens of thousands, but the death of one American child.”

So declares the unnamed narrator of “Hope” 「希望」, a 1999 short story by Okinawan author and critic Medoruma Shun (目取真俊, b. 1960). The story describes the narrator’s murderous revenge for the 1995 Okinawa Rape Incident, in which a 12 year-old Okinawan schoolgirl was kidnaped and raped by three US servicemen, and which subsequently became the cause of mass protest in Okinawa. Published in the Asahi Shimbun as part of a series called Stories from the streets of Koza 『街の物語：コザ』, Hope is in many ways characteristic of Medoruma’s writing — discontent, angry, and refusing to offer simple answers.

(2005) that the War is not yet over in Okinawa. The U.S. military is ever-present: Okinawa was controlled by American forces until 1972, and the prefecture, which is 0.6% of the total land mass of Japan, continues to house over 75% of U.S. military facilities in the country. The military presence, as well as causing often violent crime and environmental problems, also serves as a reminder of the Battle of Okinawa, in which over a third of the local population was killed by both American and Japanese troops. The War gets constantly repeated and replayed. For the sake of mainland Japan’s peace, Okinawa must suffer the continuation of war.

Medoruma’s work is not one-sided, however. He does not play the role of the innocent victim. He first came to widespread public attention in Japan when his story “Droplets” 「水滴」 (1997) won the 117th Akutagawa Prize. Its humorous depiction of a rural Okinawan village, shot through with elements of magical realism and dialogue written in Uchināguchi (Okinawan language) was attractive to readers. But “Droplets” is no exotic, light-hearted fantasy. The protagonist Tokushō is a survivor of the Battle of Okinawa and makes a nice living for himself by relating his war experiences to groups of school children. One day, however, his leg swells to the size and shape of a winter melon (冬瓜、subui in Uchināguchi) and then splits, leaking liquid. He is visited by the thirsty ghosts of the soldiers who died in battle — including his best friend, Ishimine — who drink from his leg, and Tokushō is forced to deal with the way in which he has been profiting from his dead comrades. Droplets thus questions the way in which the memories of the Battle of Okinawa are told and re-told, and undercuts the idea of a pure and noble victimhood with heavy doses of both irony and homoeroticism.

(1999) and Tree of Butterflies (『群蝶の木』, 2001), has continued to deal with the memories of the War and the violence of everyday life in Okinawa. His most recent publications are the full-length novels, The Rainbow Bird 『虹の鳥』

(2009), which, while less magical realist than his previous work, continue to explore social themes, including the rape incident and issues of gender. The Forest at the Back of My Eye is particularly interesting for its two chapters written in rambling, stream-of-conciousness Japanese, glossed in furigana with Uchināguchi pronunciation. The effect is unsettling and slippery; reading it, there are two voices in your head at once, both saying the same thing in different tongues.

Always wearing a pair of sunglasses, refusing TV interviews, and insisting that the media use only his pen name, Medoruma cuts an odd figure. He plays the recluse but is also an angry writer, powerful and loquacious. His work is at times beautiful, and at others horrifying, often in quick succession: a quiet morning cup of tea is interrupted by a hermit crab crawling into someone’s mouth; magic water invigorates the living who drink it, but brings forth the restless, unhappy spirits of the dead; dreams of the past bring an old woman back to her home island, but the memories she uncovers are of suffering and pain. As he continues to write, no doubt Medoruma will continue to shock and question his readers, even as he delights and moves them.

Daryl Maude was born in the UK and finished his MA in Japanese Literature in London before coming to Tokyo. He is currently a research student, working on modern Okinawan fiction. He blogs at narubeku.wordpress.com.

Posted in Conceptions of Japan, Fiction and Literature, History 1 Comment »