Japanese Graphic Design: Not In Production 2 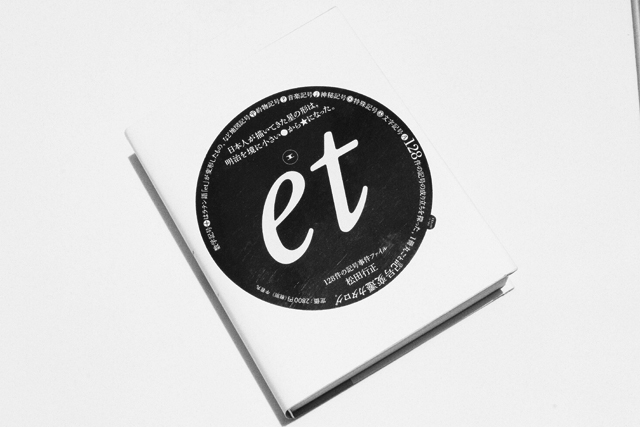 Matsuda Yukimasa’s books have presence amid the veritable sea of published books in Japan. His works have a near-magnetic pull on bookshelves — slim in stature, handsome in finish, and painstakingly detailed in quality. As objects alone they resonate. The choice of fine papers, docked page edges, die-cut wraparound covers, and exquisite choice of colors and type speak to the tastes and vision of their creator. The form of his books always directly correlate to the content within — honoring it and extrapolating upon a visual theme in a contemplative, poetic, and non-literal way. To say they are “beautiful” books is an understatement — they are the types of books that would make designers of yore weep in testament to their immaculate execution. This is not hyperbole — the work of Matsuda Yukimasa is rugged, assured and holistic in scope inside and out.

Having first delved into the world of editorial design in the 1980s alongside Sugiura Kohei, Matsuda’s path has been one that is ascendant, yet immersed in the development of private projects — unceasingly wide-eyed in his pursuit of research and exploration, applied form and deliberate choice. He creates work that pulls from history as much as contemporaneity to inform the structure of each page with an emphasis on functionality as much as beauty. Highy focused, yet wide-ranging in subject, they would sit easily in the Books On Books section as well as Graphic Design, Typography, Anthropology, or Art.

Of particular note is his self-authored and designed ZERRO

, published in 2003. A compendium of extinct, exploratory, ubiquitous, and imaginative visual languages and symbols that ranges from the nonsensical to the exceedingly rare, ZERRO displays the singular mind at work behind his Ushiwaka-maru publishing imprint. Each spread contains an example of a visual rubric, a short history of said collection and a visual example — some painstakingly redrawn and others reproduced immaculately. From Cree Script to the set of symbols deployed by the Japanese Navy to the Cipher of Alchemy to revisionist scripts from Japanese history at moments where orthographic reform felt so immediate and necessary to a handful of individuals, ZERRO offers thousands of entry points for further research. At the very least, it is a neat collection of inspiring reductive visual form and at its most a virtual camera obscura looking unto the world of sign, symbol, and meaning.

Each of the projects that Matsuda undertakes reveals his fascination and curiosity with language and natural form, with history and synthesis, and with curation and contemplation. Agnostic in style, yet florid in execution, his work is a wonder to behold — the books embrace life and experience in a way that few do.

We are at a moment in the continuum of graphic design where self-initiated projects carry as much weight as client-based projects and Matsuda fits more than neatly into this. More an archetype than a follower, Matsuda’s work enriches Japanese design culture in an active way — as a historian, a writer, an editor, a form-maker, a designer, and a publisher. His work is of near-utopian synthesis and each aggregate part is completed with acumen. For content, form and production to be so neatly folded together so tidily and yet so exuberantly is a treasure. 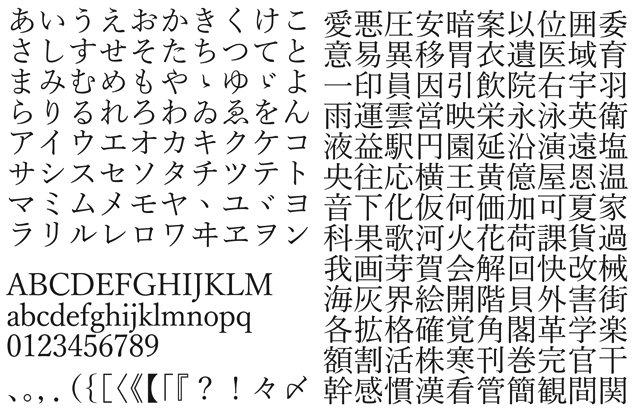 Born in 1955. Graduated from Graphic Design Course of Tama Art University. In 1989 Torinoumi founded Jiyu Kobo with Suzuki Tsutomu and Katada Keiichi, where he now works as both the CEO and type designer.

Torionumi has designed typefaces like Hiragino series (for Dainipon Screen Mfg., Ltd.) and the commissioned Koburina Gothic. He also designed more than forty typefaces, focusing on text type designs, as well as producing his own house brand The Yu-shotai Library whose releases include the Yu-Mincho family, the Yu-Gothic family, Yu-tsuki Midachi Mincho, and Yu-Kyokashotai M.

Jiyu Kobo received the first Keinosuke Satou award for its activities, the Good Design Award in 2005 for their Hiragino family, and the Tokyo TDC Type Design Award in 2008. Torinoumi teaches in the graphic design course at Kyoto Seika University. 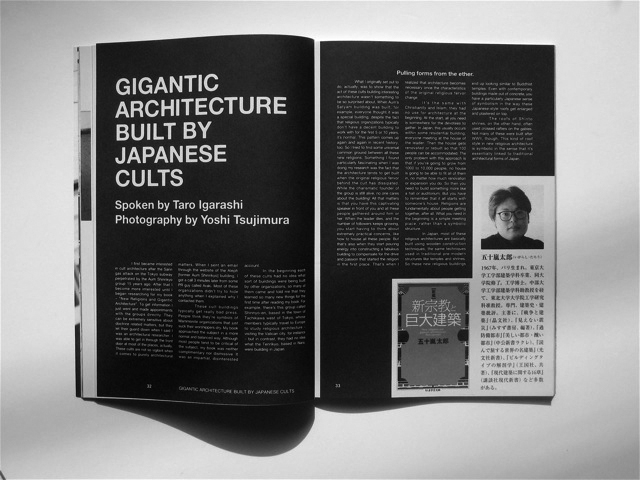 Subtitled the “Magazine of Romantic Geography,” Too Much focuses on cities through the lens of urbanism and the poetic. Founded by Tsujimura Yoshi of OK Fred Magazine and Cameron McKean of Paper Sky Magazine, Too Much treads an edgy path through the bywaters of global cities.

Excerpted from an interview with Cameron McKean:

After leaving New Zealand and moving to Tokyo in 2007 my ideas about what constituted “design” ballooned out, past all the commercial projects I’d done or seen, past art-making, and this ballooning-out eventually popped sometime around 2008. This was when I started writing as a way of taking things back to the beginning – just thinking and words. Later I started taking photos. My “practice” is one of demotivation and finding a single solid place to start from rather than a desire for interdisciplinarity or variety. Although we might have forgotten lots of the practical general skills our grandfathers knew, it seems that creative freelancers these days are generalists of a different kind — there are just too many possible spaces for design to exist in. Having a varied practice is just a necessary evil these days — how nice it would be to truly specialize! 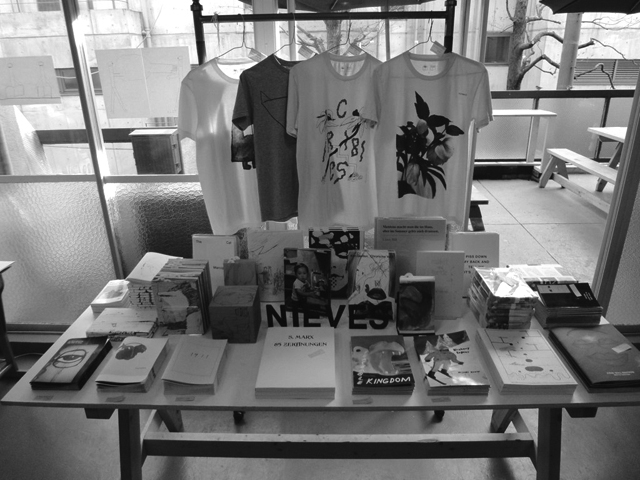 Situated in Tokyo’s bustling Omotesando neighborhood, Utrecht focuses on small publishing, both releasing their own titles and their bookshop housing a wide array of design — and art-oriented publications from all over the world. 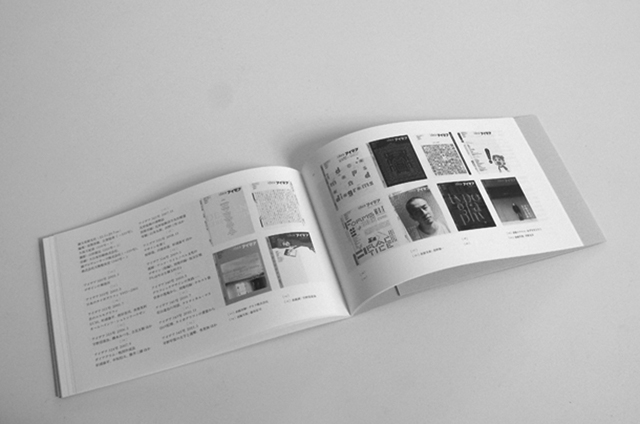 Acting art directors and designers of Idea Magazine, Shirai Yoshihisa’s studio team are typographically rigorous, formally evocative, and gentle in treatment of ornament. Projects for Robundo, Ryobi, Seibundo Shinkosha and many other private concerns make up their body of work, celebrated in their recent book Typography Suite and the accompanying exhibition of the past two decades of graphic design work. Shirai is faculty at Musashino Art University.

Posted in Design Comments Off on Japanese Graphic Design: Not In Production 2