Japanese Graphic Design: Not In Production 6 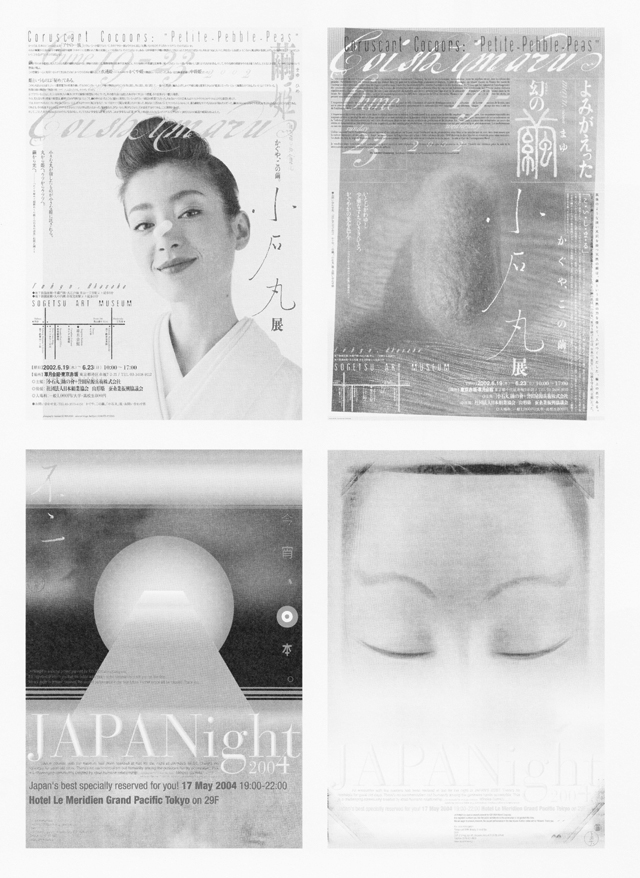 Harata HeiQuiti (Heikichi) is a Japanese graphic designer whose focus is in editorial design and whom is well-known for his poetic visuals. Harata was born in 1947 and graduated from Tokyo National University of Fine Arts and Music with a major in Visual Design.

Influenced by preceding 1960s designers like Sugiura Kohei and Yokoo Tadanori, Harata began working freelance solo and developed a highly signature optical/pictorial/poetic means of combining of imagery and typography. He is influenced by early 20th modernist writers and poets like Inagaki Taruho. Parataxis — the literary technique of conscientious connection using short sentences about very distant topics by framing them together — lays at the very core of his approach.

In the early 1970s, Harata worked on the magazine Shinjuku Play Map, which led to a large body of commissions in editorial design, from which he gained a strong following. His early visual works for Japanese underground magazines like Heaven and visuals for the legendary Japanese popular music group Yellow Magic Orchestra embodied the zeitgeist of Japanese New Wave graphic design and visual art in the ’80s. In the same period, he self-published an independent magazine WX-raY — even though only the inaugural issue was published, Harata’s influence reverberated widely, sparking a wave of self-initiated and self-published media by graphic designers.

These activities have made Harata a cult star in Japanese graphic culture. He has been active in various cultural fields including literature, music, and theater. Harata is one of pioneers of Japanese manga design, integrating the typographic design and comic characters within these projects.

Harata has developed and practiced his own book design methodology “Shoyō-Sekkei” (書容設計). Literally translated, the aggregate parts are:  Sho (book) + Yō (vessel) + Sekkei (design). No mere conflation, the Yō element simultaneously means “outlook” — referring not only to modern Western “form and content” philosophies, but a more holistically comprehensive overview of the total architecture of the book as object and how readers will interact with a book project as both object and media. Harata utilizes traditional Japanese aesthetics to help reify both the thought and form of these types of projects.

At the core of Harata’s practice is a desire for a unified methodology of total design that dissuades deconstruction or fragmentation. Heavily reliant upon the compound, juxtapositional nature of the Japanese language, Harata’s work is worth prolonged examination. His work represents the very best in potentialities of graphic expression with imagination and integrity, as opposed to the disintegration of design into mere methods and mannerism.

The work of Ohara Daijiro represents a near-polar opposite in his reverence for the untrained, though channeled with precision in his use of bubbly cartoon lettering, art nouveau-esque display types, and roughly-rendered geometric characters. The past century collides in his work in a visceral way, bleeding dot gain and the uneven tones of cheap reprographic technology. Reminiscent of vintage candy shops, low-budget U.K. psychedelia, and reverberating with the echoes of the ’60s and ’70s small press in Japan, Ohara’s work retains bits of the innocence of the work in Graphic ’55, the island nation’s first full-fledged graphic design exhibition. These assorted strains of influence are mixed with a hand-wrought tactility that is innocent and playful, yet craft-centric in its thoroughness and richness of form and finish.

Ohara’s designs for Sakerock mimic their continuation of the values and sounds of late 1980s indie music in Japan — the past reverberating into today through their work alongside stalwarts like Kicell, Your Song Is Good, Zainichi Funk, and Mu-Stars. There is no denying the strength of musical communities, especially when paired with visual execution in step with melodic vision. 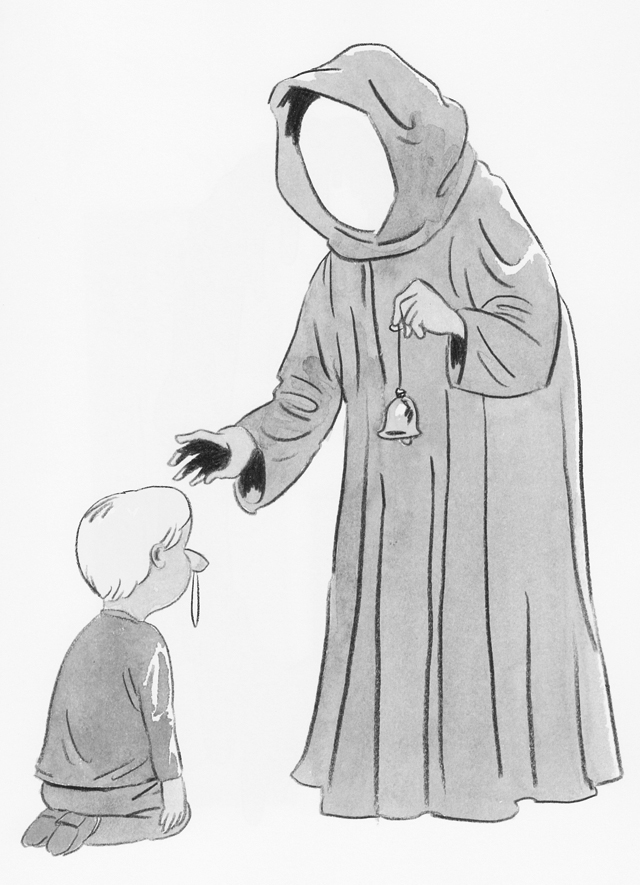 Utilizing a mashup of illustrative, collage, comic and manga sensibilities, Gakiya’s work operates at the corner of Archie comics, magical voids, other dimensions, and lowbrow illustration. Anarchic, with a tongue in cheek sense of humor, highly graphic and culling from a myriad of sources, he combines hand-wrought illustration and lo-fi reproductive techniques into seamless, seductive planes of fantasy. 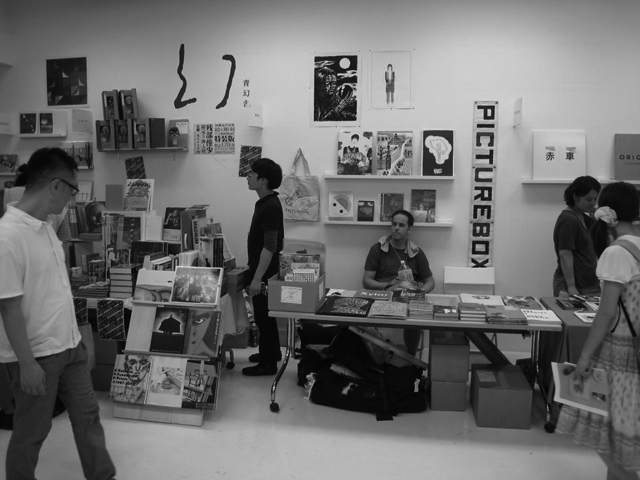 Annual small publishing expo founded by Ehguchi Hiroshi and Miyagi Futoshi of Utrecht and Oliver Watson of Paperback Magazine. It is now the largest annual arts publishing fair in Asia.

Posted in Criticism, Design, Typography, Visual Art Comments Off on Japanese Graphic Design: Not In Production 6