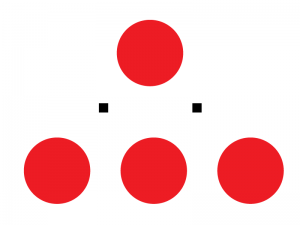 Néojaponisme Literature Editor Matt Treyvaud steps back to examine the basic themes of beloved Japanese children’s character Anpanman on the death of its original creator.

Yanase Takashi, creator of Anpanman, passed away on October 13 at the age of 94.

Today, Anpanman stands at the center of a vast mandala of characters and stories, crisply drawn and intricately differentiated. The original books published in the 1970s, however — the Pali canon of Anpanman, if you will — bear no resemblance to any of this. The art is shockingly crude, and the villains have little in common with the high-concept rogue’s gallery that Greater Vehicle Anpanman would develop. In the first book, Anpanman fights a giant gorilla. Baikinman shows up relatively early, but he is not the resource-rich techno-fetishist Bond villain of later imagining. He lives on a raincloud and spies on Anpanman through an ordinary TV set.

What is left of Anpanman, then, when the historical accretions are stripped away? Or, rather, what has been at the core of Anpanman through all his adventures and transmigrations? Well… anko. The underlying message of Anpanman is simple: Everyone deserves to eat. Anpanman fights for justice (seigi), but Yanase’s experiences during World War II left him with the belief that food security is justice, objective and absolute.

My strongest motivation in creating Anpanman was the question “What is justice?” Justice is actually a very simple thing. It’s helping people in trouble. Offering a hunk of bread to people who are hungry — that’s what I call justice. […] No matter what your situation or which country you’re in, offering food to starving people is always the right thing to do. It is absolutely just.

Anpanman, famously, doesn’t just carry food around to distribute — he is food. It’s easy to see him as a Christ parallel — “This is my head which is given for you” — and there are rumors that Yanase himself was a Christian (I don’t recall ever seeing it brought up in an interview or profile). But I have always seen Anpanman as a reflection of the bodhisattva ideal, whether Yanase intended this or not. He does not give of himself to share communion; he does not urge those he gives to to remember him. Anpanman just gives, out of what appears to be the proverbial compassion for all sentient beings.

This is why, despite its messed-up gender politics and ubiquitous merchandising, I cannot bring myself to dislike Anpanman. He could stand to anpunch Baikinman a little less, but still, when I look at Anpanman I see someone whose first reaction to a giant rampaging gorilla in that early story was: “Clearly this gorilla needs something to eat.”