Kickstarter Campaign for Parting It Out by Ian Lynam 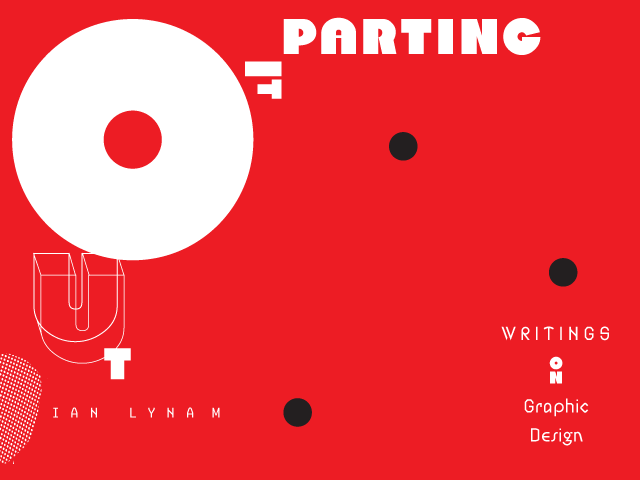 Our intrepid co-founder Ian Lynam has been hard at work on a collection of essays about graphic design and culture for the past few years, and the project is just about to come to fruition. He has launched a Kickstarter campaign to help fund the book, titled Parting It Out, which you can view here.

It’s going to be a very Néojaponisme-esque book – our very own W. David Marx has written the introduction essay and there are a number of essays which prominently talk about Japanese graphic design past and present – some previously published here and some new.

If you look in the Updates for the project, you’ll also find the foreword for the book, as well as a link to a previously unpublished 110-page zine with an essay by Ian along with hundreds of photos of vernacular signage in Fukuoka.

There are a few other surprises, as well — the video for the campaign features a previously unreleased song from Evan of Ratatat, and the book features collaborations with design critics Randy Nakamura and Chris Ro.

Please feel free to share this Kickstarter campaign with your friends and colleagues, and if you’re feeling generous, we invite you to help back the project.

Posted in Design, Essays on America, Popular Culture, The Future, The Past, The Present, Typography, Visual Art, Youth Culture Comments Off on Kickstarter Campaign for Parting It Out by Ian Lynam