The Legacy of Shibuya-Kei Part Two 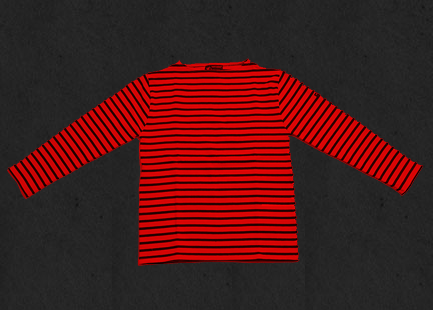 Last time, we left our protagonists Oyamada Keigo and Ozawa Kenji of Flipper’s Guitar on the verge of their first record release.

On August 25, 1989, the five-piece Flipper’s Guitar released their first album Three Cheers for Our Side 海へ行くつもりじゃなかった

(named after the Orange Juice song of the same name) on major-indie label Polystar. Ozawa — a student at top-ranking Tokyo University and nephew of world-famous conductor Ozawa Seiji — wrote the band’s English lyrics. The initial sound was straight-up “neo-acoustic” with not-so-subtle nods to anorak pop and UK schoolboy culture. While the subject matter generally ranged from adolescent concerns like wearing red shoes and drinking café au lait, the penultimate track “The Chime Will Ring” presented a grown-up realization that they were approaching the “end of youth.” The lyrics to the similarly-themed “Goodbye, our Pastels Badges” — about hanging up the accouterments of youth but never forgetting the feeling of being young — contain a laundry-list of references to influential bands: Boy Hairdressers, Aztec Camera, Haircut 100, The Monochrome Set, etc, etc. (Complete lyrics here.)

The album was a commercial flop.

And then Flipper’s Guitar went from five to two.

The story goes that Flipper’s manager at Polystar realized that the two charming boys fronting the band were a marketable power team and the other three members were just dead-weight. They were promptly kicked out of the band. (The alternate theory is that Ozawa was so difficult to work with, the other three quit.) Now a duo, Flipper’s became a vehicle for the Double Knockout Corporation songwriting team (a reference to the KO initials of the two lead members). They got their first big break when their English-language single “Friends Again” was used as part of the Shibuya chiimaa-idolizing film Octopus Army ~ Shibuya de aitai! in early 1990.

Polystar continued their repackage of the boys as pop idols, part of which was their sudden switch to Japanese lyrics. In May 1990, Flipper’s mania reached fevered pace when their new Italian film soundtrack-flavored single “Young Alive in Love (恋とマシンガン)” became the main theme song to the popular drama Youbikou Bugi (Cram-school Boogie).

Sometime before or after this period, the media discovered that Flipper’s Guitar, the rap group Scha Dara Parr, more senior lounge-rockers Pizzicato Five, Love Tambourines and a few other bands were making it on the Oricon charts simply by selling well at Shibuya’s mega-music stores HMV Shibuya, Tower Records, and Wave. The media thus christened the group of performers as “Shibuya-kei.” The musicians themselves never formally associated themselves as a movement nor even shared a common sound, but the label stuck. They had much in common though in terms of attitude, however — especially compared to the super-masculine “Band Boom” that had been entrancing Japan since 1988.

Contrary to myth, the term “Shibuya-kei” never had anything to do with Shibuya being a particularly stylish part of town. If anything, the rich Setagaya kids running around and reeking havoc on the neighborhood in their chiimaa turf wars had abandoned European-minded Harajuku designer fashion for a sloppy, casual “shibu-kaji” look.

If “Shibuya-kei” had a defining clothing style, it was vaguely French coastal — Saint James border shirts and berets. Hardcore “Shibuya-kei” fans were essentially upper middle-class high-school kids who were “anchi-meijaa” — anti-major label — and embraced Flipper’s sophisticated tastes as a sign of distinction from the masses.

This distinction was definitely clear on Flipper’s part. They did switch to singing Japanese and appear on musical variety shows, but they kept an incredibly hostile attitude towards the mainstream entertainment complex. They openly made fun of rival bands in interviews and made sarcastic inside jokes on radio and TV. In 1990, when they won the “Saiyushu New Artist Award,” they openly mocked the hosts’ blundering of their band name, Oyamada announced himself as “the drummer,” and then said “of course we won” when congratulated. (And lots of dialogue like this: “I can’t wait to tell my mother in the countryside.” / “Oh where are you from?” / “Tokyo.”) This may not seem particularly subversive in a global perspective, but even now, you are not likely to see this kind of banter in the world of over-managed J-Pop talent.

Flipper’s kept busy with a string of big singles, a widely-heard radio show called “Martians Go Home“, and a monthly column in the counterculture mag Takarajima. Much like Fujiwara Hiroshi, their mainstream popularity introduced the average Japanese person to a highly-obscure, well-curated world of “alternative” bands, movies, and brands.

『ヘッド博士の世界塔』. The title is a reference to The Monkees 1968 film Head and samples from the movie’s dialogue are sprinkled throughout. The film’s theme — studio-created pop stars becoming self-aware and busting out of their shells into more “groovy” territory — obviously resonated with the two young stars. “Dolphin Song” is a direct reference to Head‘s opening “Porpoise Song” and a pastiche of The Beach Boys’ “Heroes and Villains”-type pop symphonies. “Aquamarine” is a knock-off of My Bloody Valentine’s “Lose My Breath.” Primal Scream’s Screamadelica was the other blueprint: “The Quizmaster” is just “Loaded” with Japanese lyrics and “Groove Tube” takes its verse melody from “Come Together.”

Three months later, on October 29th, the media announced that Flipper’s Guitar had unexpectedly broken up. Tickets for the album tour had gone on sale, so the shows had to be canceled. Apparently, Ozawa and Oyamada were no longer talking during their their last publicity appearances. The “rumor” to emerge was that the two were fighting over the same girl — ex-Onyanko Club member Watanabe Marina. (Her love of the band had introduced the young music-geeks the J-Pop idol world of Myojo magazine). Imai Kentaro from neo-electro-pop band The Aprils — a Flipper’s expert — told me that this rumor was possibly just a cover story for the actual reason for their break-up: Playing the new sample-based material live was not sounding good at the rehearsals and these problems snowballed into ill-will between Ozawa and Oyamada.

By late 1991, Flipper’s Guitar was over, but the Shibuya-kei sound explosion had hardly begun. While never as big as Nirvana became in the U.S., Flipper’s were certainly the cultural equivalent: They opened the floodgates and indie culture poured into the mainstream.