The Legacy of Shibuya-Kei Part Four 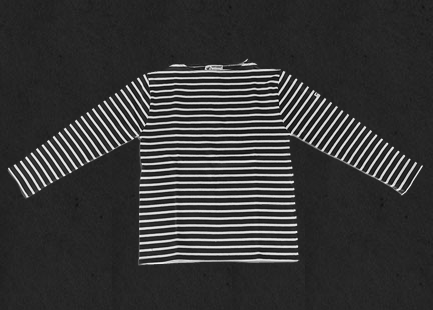 The End of Shibuya-kei

Identifying the exact moment when Shibuya-kei “ended” is a difficult task, but I tend to see the 2001 release of Cornelius‘s point

as the beginning of a new era. If Fantasma was the Shibuya hipster-pastiche sound taken to its logical extreme, Point was that sound’s reduction into its most universal parts. There are faint traces of The Beach Boys and bossa nova and dance music, but the joy of reference is eschewed for electro-acoustic audiophile bliss. Oyamada Keigo quit being a historian and started being a scientist. Kahimi Karie‘s albums Trapeziste and Montage took her in a similar experimental direction. If this sound was “Nakame-kei” (from the hipster relocation to Nakameguro in the early Aughts), then the most influential work was 3-D studio’s house producer Tomoki Kanda‘s landscape of smallers music

Escalator Records meanwhile moved towards NYC-Berlin Electropunk. Konishi and Co. at Readymade are doing the same thing they did five years ago, just in a more “adult” way. Fantastic Plastic Machine dropped the lounge shtick and became a full-out house DJ on Avex. Ozawa Kenji is secretly located somewhere in New York.

We Are Not Shibuya-Kei

Why the race to get away from the title “Shibuya-kei”? Lately, all of these musicians have hit their mid-30s and most likely want a change in direction, but there is a distinct distancing of the cultural elite away from the particular wording of that now unspeakable epithet. In the early 2000s, the ultra-hipster Bonjour Records in Daikanyama curated their selection with a S******-kei-esque discerning eye to international cool but specifically avoided all references to anything seeming too S******-kei (for example, they would not carry Beikoku Ongaku, even though the good people at BO are also trying to get away from being too S******-kei!)

The problem stems from the fact that the Shibuya-kei sound has been completely codified and categorized, and many an entrepreneur have sold manual-type reference guides and specialty books to help younger fans decode all the influences, inside jokes, and connections. In other words, the whole game of “I have this sample/reference and you will only know where it came from if you’re in-the-know” is over: All the crates have been dug into and the instructions for this brand of hipsterism are spelled out in a large font. Magazines like Relax sold this elite cultural mix of Shibuya-kei and Ura-Harajuku to a mainstream audience, and chain stores like Village Vanguard have become like Shibuya-kei-curated junk shops.

The recent café boom took its template less from Europe itself and more from the Shibuya-kei fantasy of Europe — bossa nova, Jane Birkin, and café au lait. Places like Café Apres Midi release their own CD collections of obscure bossa nova jazz, and even chain coffee stores like Excelsior Coffee use an all-Astrid Gilberto soundtrack. The culture that Konishi and Oyamada worked so hard to discover and present to the world has now become a standard set of accepted cool. No one has to actually search for anything themselves anymore — they can just get all the info from books and mainstream publications. Free information has been the death knell of rarity-based consumer subcultures around the world, and Shibuya-kei is no exception.

Some of the original Shibuya-kei folk are breaking new ground, some are cashing in on past success, some are finding safer niches to conquer, and some have completely given up making music. But it is safe to say that Shibuya-kei as a movement is over, and we can now start to think about what it meant in the next installment.

Posted in Music, Neomarxisme Archive, the Legacy of Shibuya-kei 19 Comments »