The Legacy of Shibuya-Kei Part Five 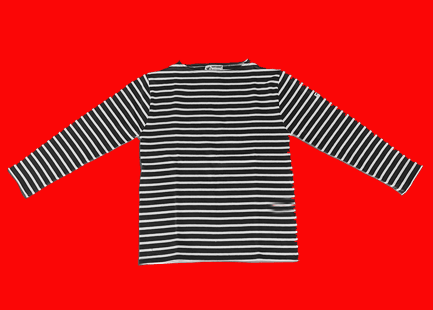 What did Shibuya-kei mean?

Like the Alternative revolution in America, Shibuya-kei brought more sophisticated musical tastes up from subcultural groups into the mainstream Japanese popular music market. Obscure music that was once only available to a specific underground clique was now available to everyone. Furthermore, Flipper’s Guitar, Pizzicato Five, and Kahimi Karie all sold so well that the entire industry had to take notice and start gearing their own mainstream acts — like Puffy and My Little Lover — to be as o-share as the those on the fringe.

The Bubble Economy produced great wealth for Japan, but Shibuya-kei was the nation’s initiative for good taste. America could be the leader for economic growth, but Shibuya-kei showed that Europe was the better model for style and aesthetic sense. This may be slight hyperbole, but I think that we can thank Shibuya-kei for the overwhelming scope of well-designed products that now litter Japan. Certainly, Japan looks more Shibuya-kei now than it did in the early ’90s — the products and stores based on the style appeared en masse after the music enjoyed commercial success. Even if these bands are not fully responsible for the changes to the consumer market, they surely acted as a visible and audible representation of the movement for a more cultured approach to culture.

Even though this sound became known as distinctly “Japanese,” the accessibility and quality of the music itself helped the bands break into the American and European market like no other Japanese acts had done before. Pizzicato Five and Cornelius each sold more than 100,000 records on Matador in the U.S. and opened the floodgate of Japanese acts into America after a long dry spell. (Can you imagine a “Japan Nite” at SXSW without Shibuya-kei?) Combined with the rise in Japanese street fashion and animation, Shibuya-kei changed the worldwide image of Japan from being a nation of imitative consumers with delayed tastes to a high-tech, cutting-edge wonderland.

There is no doubt that Shibuya-kei was a style of music destined to be born in Japan, not the West. By the mid ’90s, Japan had the most diverse and active consumer market ever assembled, and the music itself was a logical aural extension of this consumer culture. Shibuya-kei did not just glorify shopping and products in the lyrics — the entire base of the music itself relied on sampling or pastiche of pre-existing media. Konishi Yasuharu of Pizzicato Five was a record collector first and a musician second. Like the DJ Shadow school of hip hop, Shibuya-kei was about finding and buying the most obscure (and therefore, best) records and reintroducing them to the world. Beikoku Ongaku‘s editor-in-chief Kawasaki Daisuke sees Shibuya-kei as just the ’90s progression of rich, urban youth consumer culture, and indeed all our innovators of the scene fit the Hosono Haruomi upper middle class model. Oyamada and Ozawa (who is part of the Ozawas) went to top-tier private high schools. Supposedly, Konishi was supported by his parents until he turned 30 and spent all of their hard earned money on records.

Accordingly, Shibuya-kei has no explicit political message other than delineating the creator and listener from mainstream culture through product choices and taste. I do not think that this should be held against the artists, but it explains why the movement was so easily subsumed into the mainstream. Shibuya-kei exclaimed, you are all consuming the wrong goods! And their fans, who were also upper middle class educated kids agreed. The market responded by providing those more sophisticated goods and incorporating them into the mainstream “middle class” lifestyle. In this way, Shibuya-kei was just fashion — but it was interesting fashion, and Japan was better off for it.

By 1991, Oyamada Keigo’s fame had made him a full out fashion and cultural authority, and he alone deserves credit for introducing the nation’s youth to a slew of interesting and challenging acts. (We are all indebted to him just for his patronage of Citrus). He did not use his new position of power to promote himself like the Last Orgy 3 crew in Ura-Harajuku (aka Fujiwara Hiroshi, Nigo, and Takahashi Jun), but worked to spread the gospel about overlooked music and culture. Japan’s magazine system needs personalities to legitimize products for insecure reader/consumers, and lately the country has suffered with no one as daring as Cornelius at the helm.

While I think that Shibuya-kei was overall an important influence on Japanese culture, I do have to point out its fatal creative flaw: the systematic embrace of pakuri as art. Pakuri comes from the Japanese verb “pakuru” (パクる) — to rip off or steal. Shibuya-kei artists like Pizzicato Five and Cornelius often walked the thin line between “influence” and outright thievery. Some find this charming, but the question must be asked: Does essentially rewriting someone else’s music count as creative endeavor?

Pastiche — the act of creating a new work using someone else’s idiosyncratic conventions — is a well-accepted art form, and certainly parody has been an effective creative tool throughout the years. However, I would gamble that few people find these kinds of artistic works as original as creating a new work out of whole cloth. If there was an axis of originality, pakuri seems to be one step below “tribute band” and “Weird” Al but nowhere near the other side.

There is plenty of pastiche in The Beatles’ work, but the Shibuya-kei folk took it one step further by stealing the melodies as well as the production techniques. Flipper’s Guitar’s “The Quizmaster” does not just have the same instrumentation and tempo as Primal Scream’s “Loaded” — it has the same melody. (For an example of classic Shibuya-kei pakuri, listen to Gary Lewis & the Playboys’s “Green Grass ” and Pizzicato Five’s “Baby Portable Rock” back to back. Both are good songs, no doubt, but one is highly indebted to the other.

Hip hop’s use of sampling gets the same flack for being “unoriginal,” and I do not want to dismiss the entire Shibuya-kei oeuvre as hack rewriting. Works should be judged by the cleverness and quality of the material’s reuse. Sometimes the new work is better than the original: I find Cornelius’ “The Microdisneycal World Tour” superior to actual songs by The High Llamas. (But I would also claim that this work is pastiche not pakuri.)

But lately there have been difficult ethical questions arising out of this semi-legal borrowing of styles and melodies. A recent Nissan commercial used Flipper’s Guitar’s “Young, Alive, in Love” as background music, but only the intro segment that Oyamada and Ozawa stole directly from an Italian film soundtrack. The Double Knockout Corporation owns the copyright to the song, even though they did not come up with that particular melody. George Harrison was sued for unintentionally ripping off the melody to “He’s So Fine.” Is it worse to steal intentionally or just more of a tribute?

(For more information on the amount of theft in Shibuya-kei works, check out one of the many Shibuya-kei reference guides on the market.)

Posted in Music, Neomarxisme Archive, the Legacy of Shibuya-kei 41 Comments »