The Legacy of Shibuya-Kei Part Six 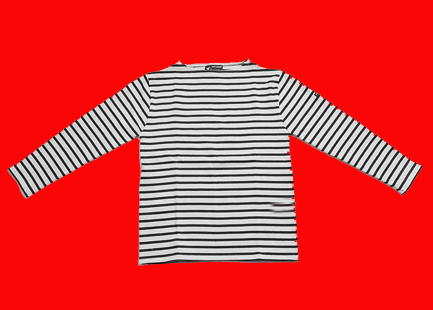 In the last two years, there has been a small-scale, nostalgic revival of early Shibuya-kei — two Flipper’s Guitar tribute albums in four months, the model Meg scoring a minor hit with a cover of “Groove Tube,” and magazines/stores anointing a new generation of bands “Neo-Shibuya-kei.” At this point in time, the groovy Continental sound itself is so ingrained within Japanese culture that it is hard to understand why anything would be a “new” version, but the “Neo” label makes more sense when we look at the three distinct groups carrying the Shibuya-kei torch into the 21st century.

The first group should be called “post-Shibuya-kei” because they were influenced as contemporaries (being only a few years younger than the original artists), but were outsiders to the central Shibuya-kei clique. This group includes Spank Happy, Akakage, Qypthone, Cymbals, Paris Match, and Stoned Soul Picnic.

There is also a stream of artists who have been handpicked by the original crew to be a part of the direct lineage — for example, Halfby (Readymade), Nomoto Karia (Readymade), and Harvard (Escalator).

The third group — Neo-Shibuya-kei — describes the younger acts who listened to Shibuya-kei as middle-school kids and are now creating new music based on the aesthetic principles of the original recordings. The P5-clones Capsule are the de facto leaders of this movement (although producer/songwriter wünderkind Nakata Yasutaka claims he’s never heard much of Konishi’s work). Other acts include Hazel Nuts Chocolate, Aprils, Dahlia, Petset, Spaghetti Vabune!, Pictogram Color, Kofta, Orangenoise Shortcut, and Tetrapletrap.

There are many neo-Shibuya-kei indie pop labels active in Japan at the moment — like abcdefg-record, Sucre, and Softly! — which do a very light, innocent cute pop thing. Marquee is the media guide to the movement, which editor-in-chief MMM calls “Future Pop” to include the parallel cohort of electronic-tinged artists like the avant garde-meets-Disney sample-pop maniacs Plus-Tech Squeeze Box and the electropop acts of the label Usagi-Chang Records (MacDonald Duck Eclair, Micro Mach Machine, YMCK, Sonic Coaster Pop, and Pine*AM.) While they are all students of the Shibuya-kei movement, these young musicians’ level of actual influence ranges from just sharing the “spirit” (Plus-Tech or MDDE) to certain melodic qualities (Aprils) to full out imitation (Tetrapletrap, who are a Flipper’s Guitar pakuri act.)

The interesting part of the story is that the original Shibuya-kei musicians generally have zero interest in this younger group and have tried to distance themselves accordingly. Comoestas and Mike Alway like Plus-Tech Squeeze Box, and that’s about the strongest link I can find between the two generations. There is particular internal tension within Marquee itself, since the magazine features the old timers and the upcoming young ‘ens. (There was an issue a couple of months ago where Naka Masashi from Escalator Records was clearly very upset by having his Yukari Rotten release be compared to Capsule.) The reason for the hostility seems to stem from the fact that the elders created this sound from scratch — they personally dug up the references and set the sound’s boundaries and rules. Konishi loved ’60s AM softpop before that was an acceptable thing to like. The new kids are just working within this old paradigm, which they inherited wholesale and updated only with greater technical skills and electronic gimmicks. The core of the new work, however, is essentially the same plastic aesthetic message.

I would also suspect that in a very Japanese way, there is something hostile about unknown major label-sponsored outsiders doing the same sound as you without being invited to the party. The neo-Shibuya-kei kids are part of the first generation of Japanese musicians who had mainstream access to hipster sounds without needing to gain physical admission to the hipster world. And these kids are clogging up the record bins with their bossa nova or ’60s-revival twee pop at the same time when Konishi is trying to launch his own young bossa nova dancepop producers and ’60s-retro pop idols.

This is also the first generation in a long time to grow up with a radio full of decent Japanese music. Who needs to protest against the mainstream Japanese industry and search for obscure European indie music when Cornelius is the mainstream Japanese music industry? The Shibuya-kei oeuvre was interesting enough to tie up the young listeners’ ears and wallets for a decade — a long span of time in which they could have been out crate-digging themselves. Those Japanese artists now provide the template for new music creation, and the Neo- imitation of the highly imitative Shibuya-kei is creating a “copy of a copy” clarity problem. Moreover, the whole “anti-major label” attitude that was at the heart of Flipper’s Guitar is gone. Many of the Neo kids have explained to me that the big difference between them and the indie spirit ten years ago was that they no longer have any animosity against the mainstream. In fact, their goal is to be accepted by the mainstream. They’ve got just as much Ozawa Kenji in them as Oyamada Keigo.

When all is said and done, these factors explain why the older generation isn’t lending a helping hand, but should not lead us to dismiss them on such broad charges. Admittedly, some of the neo-Shibuya-kei artists are complete knock-offs of their big brothers, but many of the young acts in the same peer group are highly original and listenable. Petset’s Sound Sphere

does something emotional for me that no other Japanese indie record ever has. Plus-Tech Squeeze Box’s Hayashibe Tomonari is of genius caliber and has created a fiercely original and difficult version of pop music. Everything on Usagi-Chang is top notch. I like that Aprils sound like an amalgam of Flipper’s Guitar without directly imitating any of their songs. If you like guitar pop, Spaghetti Vabune! are your guys.

I am sure that most of these artists in particular would not liked to be called neo-Shibuya-kei, which was a title attached by Tower Records and Marquee as a way to sell this new peer group of bands as the “next big thing.” The title is convenient, however, as “indies” no longer connotes bands that sound like Western indie artists, but just all the bands who are not on major labels. “Indies” is selling great these days in Japan, but the Shibuya-kei thread is not — even the original artists are seeing their sales at 1/10th of the ’90s level. Five years ago, someone like Neil and Iraiza could easily break the 10K mark, but now the indie market is overwhelmingly pre-major label training league punk, ska, and “urban” sounds. After a huge financial push from Yamaha, Capsule have begun to sell reasonably well (in the x000 range, I would guess), but no one from the neo-Shibuya-kei group has done what made the Shibuya-kei group shine in the first place: score a substantial hit with their unique sound in the mainstream market.

The shadow of Shibuya-kei is long, and anyone engaging in creative pursuits here in Japan is either working under it or against it. The music revolutionized both Japan’s domestic consumer market and the nation’s international reputation. As the Japanese music charts return to being manufactured J-Pop idols, stale J-Rock, and imitative punk/hip hop, the memory of Shibuya-kei burns even brighter. I find it hard to imagine now, but indeed there was a time when you could turn on the radio and find something that you liked.