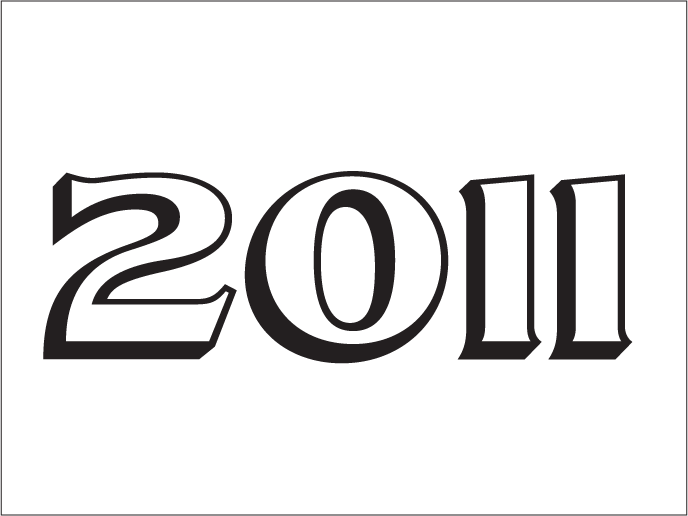 Before its initial May 2009 release, Murakami kept the content of the two-volume novel a close secret. That sense of mystery fueled sales in Japan: The novel quickly sold out and went through several printings. Murakami added Book Three in April 2010 to finish the tale of writer/math teacher Tengo and physical trainer/assassin Aomame, two thirty-year-olds who are transported to an alternate universe and battle bizarre forces that control the universe. Book Three sold a million copies in just two weeks.

News of the Japanese version stoked the interest of the author’s international fan base. Now that Alfred Birnbaum, Jay Rubin, and Phillip Gabriel (in addition to his many other translators around the world) have caught up with Murakami, fanboys and girls have to get their news from abroad via those who can read Japanese, or other languages which are more quickly translated. The Japan Times ran a review of Books One and Two (and later Three) as did The Complete Review cataloged the international critical response as the European translations followed the Chinese and Korean. Orthofer even wrote a review of the first two books based on the German translation.

In October, some American bookstores held midnight release parties, and one New York San Francisco bookstore even bought tacos and beer for customers who had pre-ordered the novel. The critical response to the 900+ page mammoth arrived quickly thanks to review copies that had been issued months earlier. 1Q84 has been included on all of the year-end best of lists by default (Amazon, New York Times, Barnes and Noble, The Economist), and many have lumped it together with Stephen King’s 11/22/63 and George R. Martin’s A Dance With Dragons, celebrating the return of the epic five-pound novel.

Critics overall, however, have been far more divided than the initial fervor surrounding the release would suggest.

Some have attempted to locate Murakami’s Japanese-ness as John Updike did in The New Yorker in 2005 for Kafka on the Shore, praising Murakami for his “Japanese spiritual tact.” Sam Sacks of the Wall Street Journal gives a balanced review that is mostly negative, but his final comment claims that the book “floats in a globalized ether”: It’s weak because it is “wrapped in a cocoon — or an air chrysalis — of cultural amnesia” and doesn’t take advantage of the country’s literary history. Emily Parker of The Daily Beast defends the novel with the puzzling suggestion that readers should “stop looking for hidden meanings.” Instead “Be one with the Japanese. Japanese cultural phenomena don’t always translate so well overseas.”

Michael Dirda of the Washington Postand Kathryn Schulz of the New York Times both claim that the book kept them reading (and thinking about it after they finished), but Dirda is far more willing to overlook its weaknesses. Schulz is one of the few critics to question Murakami’s use of rape, calling the novel “psychologically unconvincing and morally unsavory.” She isn’t ready to dismiss it completely, though. She still enjoyed reading it.

Another review in the New York Times, this one by Janet Maslin, was far more negative than Schulz’s and summed up the critical response: “…1Q84 has even [Murakami’s] most ardent fans doing back flips as they try to justify this book’s glaring troubles.” Nathan Heller of Slate is one of these fans, apparently. In the beginning of his review he acknowledges that “a novelist who can draw in, and retain, so large and avid an international audience must be doing something right.” And then the backflips begin. He decides that that “something” is this: 1Q84 succeeds by re-creating a childhood experience of storytelling.” He dismissed the banalities, the childish plot points, and fantastical nature as intentionally childish.

Heller is a more forgiving reader than Christian Williams of The Onion A.V. Club who refuses to play the game and bashes the novel, labeling it “stylistically clumsy” and filled with “tone-deaf dialogue, turgid description, and unyielding plot.” Perhaps the most succinct summary of the novel came on Amazon from a user named “bookcynic” who stated “many curiosities were left unexplained.”

While this is true for many of Murakami’s novels, nowhere before has he been gone on for so many pages with so little resolution. Nor with so much awkward sex: The novel was nominated for a Bad Sex in Fiction Award, an annual contest sponsored by Literary Review. 1Q84 was nominated along side King’s novel as well as Dead Europe by Christos Tsiolkas; David Guterson ended up winning for his rewriting of the Oedipus Rex myth, Ed King.

For more perspective, let us turn to Jay Rubin’s take on Kafka on the Shore

in his book Haruki Murakami and the Music of Words

— perhaps the most fitting description of Murakami’s fiction post-1987:

One’s reception…depends heavily on the degree of one’s willingness to ‘go with the flow’ of the story. To a reader less willing, Murakami seems to be relying far too heavily on contrivance and coincidence, and he too easily overlooks inconsistencies on the realistic pane.

Critics willing to read past what Schulz called the “surface gaffes” are more likely to enjoy the book. This, more than anything else, explains the range of responses to the book.

Other than Christopher Tayler of the London Review of Books, critics have also failed to mention that 1Q84 is Murakami’s least funny novel. Tayler astutely notes that the third-person narration “dampens the wisecracks, deprives the central characters of Boku’s buttonholing powers and generally takes the edge off Murakami’s storytelling.” One of the most enjoyable (if not the most enjoyable) parts about reading Murakami, especially his early works, is hearing his boku narrator’s commentary on the world around him. Take, for example, the narrator’s encounter with hotel reception when he asks about the development of the new Dolphin Hotel in Dance Dance Dance

Thirty seconds later, [the receptionist] returned with a fortyish man in a black suit. A real live hotelier by the looks of him. I’d met enough of them in my line of work. They are a dubious species, with twenty-five different smiles on call for every variety of circumstance. From the cool and cordial twinge of disinterest to the measured grin of satisfaction. They wield the entire arsenal by number, like golf clubs for particular shots.

This is the Murakami I know and love. His narration had a healthy disrespect for authority but didn’t make much of it. At the heart of the narrator is sentimentality.

To an extent, Murakami wrote through his own disillusion of the dissolution of the student movement of the late-’60s. While Murakami worked late hours running a jazz bar after he graduated from Waseda University, his former classmates sold out for the Japanese economy, helping run the big businesses that fueled Japan’s boom. Norwegian Wood then is the end of the line — until then his narrators had been capable of drinking off the bad times or forgetting them, but in Norwegian Wood

we learn that there is no amnesia, that in fact the narrators have been haunted by memories of lost love and dead friends. While this is a notable shift in tone, Watanabe, the narrator of the book, still has a healthy, sardonic view of the world.

The tone of 1Q84, however, is drastically different than anything Murakami’s ever written. Written completely in third person, the lack of first person narrator makes it difficult to tell when Murakami is trying to be funny and when he is trying to be earnest. Aomame’s lesbian encounter, for example, seems overly earnest:

As her mind traced these graphic memories, the brass unison of Leoš Janáček’s Sinfonietta rang like festive background music. The palm of her hand was caressing the curve of Tamaki’s waist. At first Tamaki just laughed as if she were being tickled, but soon the laughter stopped, and her breathing changed. The music had initially been composed as a fanfare for an athletic meet. The breeze blew gently over the green meadows of Bohemia in time with the music. Aomame knew when Tamaki’s nipples suddenly became erect. And then her own did the same. And then the timpani conjured up a complex musical pattern.

Yet the strange juxtaposition of bold brass instruments and erect nipples also begs to be read as comedy (unintentional though it may be). Murakami’s biggest failure with 1Q84 may be that he’s trying too hard.

Posted in 2011, Conceptions of Japan, Features, Fiction and Literature, The Present 9 Comments »