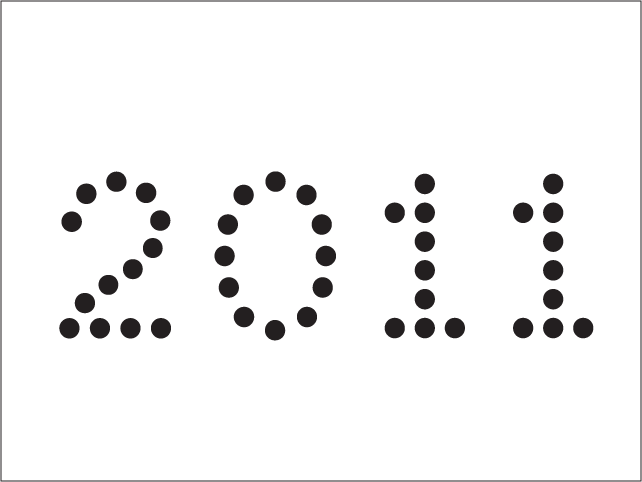 It has been a year since Akiyama Shin quietly took down his shop in Shinjuku, closing the revered schtücco design studio, entrusting his former staff with the care of a number of important clients, and returning northward to the humble fold of country life in his home prefecture of Niigata with his wife/collaborator Ayako and newborn son. Tokyo lost an important and vital member of our design community at that moment — prolific and craft-centric in his output, thoughtful in his philosophy and approach. This quiet, humble man’s exit stage-left is something worth noting.1

His departure was followed by a flurry of activity: most notably, a post-mortem, live-in retrospective at Pantaloon an Osaka-based gallery and design studio, which saw schtücco’s oeuvre filling the walls of the entire space alongside misprints, proof sheets, book dummies and a rearrangement of the materials within the space. A tent and catalogued inventory of everything the young family would be using during their month-long stay within the gallery — vegetables, clothing, cloth diapers and technology were all ordered, stacked and itemized — reflecting the Akiyama family’s subsumption into a now totalizing collapse of work, life and art.

A series of lectures and events accompanied the exhibition, individuals from Tokyo and Osaka invited to Pantaloon to engage with Akiyama in dialogue for the public, exploring the roles of design in relation to art, literature, music, and the everyday. Curators, artists, editors, and designers were all invited to speak candidly about work and what design holds for us all at this particular moment. All were invited into a sort of temporary community with Akiyama and his family as its pillar in a rare moment of personal reflection that is usually rare in the hustle-bustle of Japanese business.2

The exhibition and associated events gave nuanced form to so much of Akiyama’s way of working — one that is engaged politically, aesthetically and socially. Everyday graphic design in Tokyo is prominently service-oriented3 and to have this act of servicing brought into a gallery, and then, most importantly, destabilized by emphasizing the more personal, authored, community-centric aspects of a critical and speculative graphic design practice in a setting that had simultaneously been deconstructed and reconstructed according to the designer’s personal vision, exposed the public to alternate ways of working that had potentially not been experienced in Japan before.4

Akiyama’s formal education in architecture is belied by his personal works. Created under the nom de guerre Buku Akiyama, they are a quiet structural assessment of the everyday combined with the bookmaker’s lexical desire for order and cataloging. This on-again/off-again art practice is best documented in his 2009 book, Composition No.2 “an exceptional state”: with equipments owned by hiromiyoshii. Within, Akiyama’s reorganization of FARM, an exhibition space in the Kiyosumi area of Tokyo, was photographed by Masahito Yamamoto, documenting Akiyama’s event in which he took the contents of the studio and rearranged all into structures, three-dimensional compositions, and system-like collections. The book, designed by schtücco and published by Akiyama’s own publishing house edition nord, appears to be damaged, the spine of each in the edition of 600 intentionally torn off, exposing Akiyama’s fascination with raw material and process.

edition nord is both a conceptual celebration and exploration of the most instinctive and primary elements of art-making, combining the immediacy of the found, rapid mark-making and narrative — spinning and folding these attributes into physical forms that are a taught tension of crafted precision and the raw materiality of chance processes. The typography within is highly considered and abundant in its exploration of different methods of reproduction. Papers, printing, and the visual edit that holds each together is rugged and assured — a poised conflation that reveals the authored instinct. As a collection, Akiyama’s work feels like the output of an individual involved to the deepest levels with his craft, rendered in often stark palettes alongside considered typographic scales akin to musical compositions. In all, there is a palpable sense of the book as an expanse that engages the reader physically, mentally, and emotionally — it is not treated as mere printed physical ephemera.

Past edition nord titles have included compendiums of work for artists such as Masanao Hirayama/HIMAA, Tadashi Kawamata, Eiki Mori, and Komichi Kobayashi. The imprint’s inaugural release, an edition of eight hundred bound boxes of photographs exactly reproduced from source material provided by artist Christian Holstad for a 2007 exhibition titled “Blood Bath & Beyond.” The printed cards within question the authorship of the photograph and the concept of assumed identity depicted in the reproductions — a collation of imagery of masked and costumed individuals. The box was the result of two years of labor, mimicking the physical qualities of the original photographs, working with printers to adjust the sheen and surface of each printed replica of the found photographs to perfection, including original inscriptions and backing material on all thirty-eight pieces within the collection. Beyond authorship, these near-exact duplicates bring into question the nature of the copy versus the original in a profoundly Habermasian way; the originals are merely found whereas the reproductions are collated (and thus categorized), given additional focus through the lens of ‘art’5 and monetized. Perhaps it is no accident that the vehicle for delivering these media is a box, as the edition opens contemporary art practices and art publishing strategies up to a bevy of compelling questions.

Shin’s new stüccke line of books for edition nord explore drawing as a medium and focus, most notably Kawai Misaki’s Pencil Exercise — a mammoth compendium of quick, mirth-filled line drawings. This 500-page expanse of quirky mark-making that evince Kawai’s place as the heir to the throne of art-making dominated by so many skateboarders (most notably Mark Gonzales) creating loose, off-the-cuff works that celebrate life, absurdity, and the world around us with more than a pinch of atavistic tendencies. These books are held together using the most spare, yet strongest material. The covers are minimal or essentially dematerialized, taking the form of postcards or smaller sheets of paper. Added to this Is a sense of customization. Kawaii’s book features eight different “cover” designs, a minimal foreground to the mono-color drawings that comprise the edition.

It is natural that Akiyama has turned to self-publishing. the establishment of the edition nord imprint followed fifteen years of designing books and printed promotional materials for some of Tokyo’s most successful galleries, notably hiromiyoshi. Akiyama has designed books for artists such as photographer Araki Nobuyoshi, sculptor/painter Keegan McHargue6, architect Ando Tadao, as well as innumerable others. It is also curious as to what Akiyama’s trajectory from here will be, as a publisher and as a graphic designer. I, for one, am curious- his arc in graphic design and self-initiated curatorial projects is a potential blueprint for how graphic design might be practiced in a distinct way in Japan that veers from the mere labor-based model so prevalent today. It is ‘merely’ a matter of public awareness, acknowledgement and encouragement — phenomena that often occur slowly in a nation slow to change. If picked up and ran with, it’d infinitely enrich design culture in Japan.

1 Despite Akiyama’s pastoral retreat from Tokyo, he is still very much an active force in the city, representing edition nord at the Tokyo Art Book Fair, appearing alongside Kawai at the opening for the Pencil Exercise exhibition and book release.

2 I note this from personal experience, I engaged in the series, giving a lecture and a short question-and-answer session with Akiyama. I am grateful to him for his politeness at me hogging the mic like an American jerk.

3 As noted in my recent lecture series in the United States, the life of the graphic designer residing in Tokyo is often stark — graphic designers tend to work far-longer hours than their American and European counterparts and earn approximately 60% of what their Western counterparts do. There are exceptions, but they are few and far-between.

A personal, anonymized case study:
Naoko is a friend and graphic designer working for a small architecture publishing house. She begins work at 10am and finishes work at 4am. She has not had a day off this month — crafting books, printed promotional material, creating booth designs for book fairs and generally helping out around the office. She is paid approximately ¥2.8 million a year — a near-unlivable wage.

4 This being said, Yokoo Tadanori has continually created situations of a similar nature in the 1960s and 1970s that upheld his stature as a designer, artist, hedonist, and creative individual. But these events tended to be in the service of a cult of personality surrounding Yokoo, as opposed to extending the sphere of public/private and engaging communities as done by Akiyama. Akiyama utilized his relative fame to set public dialogue and critique in motion, whereas Yokoo utilized his actual fame (also relative, but stratospheric compared to Akiyama’s renown merely amongst designers) to propel himself into engaging in self-serving creative projects spanning television (titles for the television show むー), getting his photo taken with John Lennon and Yoko Ono (synergy by association), and acting (in a mediocre fashion in the film 僕は天使じゃないよ/Boku Wa Tenshi Ja Nai Yo).

5 And the gallery system which commodifies art.

6 It was McHargue who introduced me to Akiyama in 2007, during the run of his successful solo show “Mauve Deep”C at hiromiyoshi. McHargue, artist Tauba Auerbach, the Akiyamas and I wended our way through a succession of obscure record stores in Shinjuku, watching as McHargue dutifully dug out new additions to his expansive record collection. No mere name drop, McHargue recognized the intensity in which both Akiyama and myself have articulated our positions within the realm of design. I am merely grateful for the introduction.

A The name and subject matter of the designer’s publishing house has been changed — to open up standard business practices in Japan through the concrete example of an individual is to ruin a person’s career.

B That Yokoo’s varied methodologies and career turns have never been exposed to serious criticism in the design or popular press is case for worry, hence these barbed stings that occasionally appear in my essays.

C I would also like to note that this exhibition title is pretty much the most awesome title for an exhibition ever.