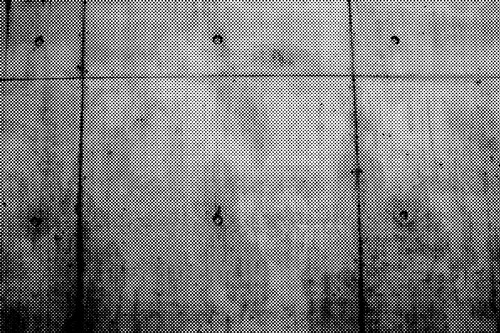 Tokyo may be the ultimate embodiment of “concrete jungle” — not just because of the incomprehensible sprawl, but also the large number of trendy homes, offices, and stores conspicuously using unadorned concrete exteriors. After seeing thousands of these buildings around town (especially in wealthy residential areas), we had a lot of questions: Does this conspicuous use of building material as a design motif serve a functional need? Is it merely a faux-functional design idea? Is it a trend from the 1990s? Is unadorned concrete the only alternative to those atrocious tiles?

We went to our neighborhood architect Keiji Ashizawa to get answers on the origins of these unadorned concrete buildings (コンクリート打ち放し) in Japan.

A gallery of concrete houses is available here. Photographs by Sean Wood.

Is there a specific term for the unadorned concrete facade style in Japanese?

If you just leave the exterior in concrete (without adding tiling or bricks, etc.), it’s called “concrete uchihanashi/uchippanashi.”

When did these uchihanashi houses start to be built in Japan?

Le Corbusier and Louis Isadore Kahn used this style a lot too. (see the Salk Institute and Chandigarh) They were superstars among Japanese architects in the past and still continue to be inspirational.

Azuma Takamitsu‘s “Tou no Ie” (「塔の家」, The Tower House) is famous in architectural circles, known as a perfect, urban concrete house. But the house has no insulation and no covering.

Ando Tadao is a follower of Le Corbusier. His work “Sumiyoshi no Nagaya” (「住吉の長屋」) had a huge impact on many Japanese architects. At first, he was building these concrete uchihanashi houses because they are cheap. In 1973, a house he built was rumored to have bad leaks in the roof. So Mr. Ando bought the house from the owner, and it’s currently the Tadao Ando Office.

Why are there so many of these houses and buildings now?

There are a cheap and easy choice for architects.

So it’s cheaper to make buildings with unadorned concrete exteriors?

Yes, it’s cheap, but if the interior is also concrete, it can get very cold…

Can concrete houses be built with insulation?

If the exterior is only concrete, most people will put insulation inside the building. But as you can imagine, lots of architects want to do both the exterior and interior as concrete uchihanashi. This creates an extremely strong spatial feeling, and at the same time, lets you assemble the building with simple details, making it easy to express the spatial intention. (For example, the Ibaraki Kasugaoka Church.)

But, concrete-only residential houses are well-known to very cold in winter and very hot in summer. That causes a lot of trouble, and the architect’s plans and the clients’ plans often clash.

However, concrete uchihanashi is often done for the interior and exterior for reasons of budgets. Also, the law requires houses built in urban areas to use a non-wooden building method, so there are times when you are forced to build in concrete for residences.

If you leave both the exteriors and interiors as concrete, it may be much cheaper, but the living environment suffers. Lately, construction methods where the exterior gets insulated (外断熱) have become more widely used. If you do that, you can use the concrete as heat storage.

Why does the concrete always have those circle ○ marks?

This link and link illustrate the process of pouring concrete. The circles are the byproducts of “separators” — parts used to secure the mold. But if you lay out the holes properly, you can get very beautiful concrete uchihanashi like Ando Tadao.

Yes, you might say they are starting to be a bit “out.” Uchihanashi houses do not stand out much anymore. They are still cheap to make, but architects and clients are now looking for other materials because unadorned concrete is too popular.

What about other options for building exteriors besides unadorned concrete?

Why do most developers/owners choose tiling?

The amount of money for a mortgage depends on the property value of the building. Developers of “mansion” apartments like to use tile exteriors so that the buyers can take out a big loan. Tiled exteriors signal a high property asset value to Japanese banks, more than unadorned concrete or even paint. So because of that, lots of apartments use tiled exteriors.

Do construction companies put pressure on architects to use concrete because it’s cheaper?

No. Rather, architects put pressure on the builders to leave the exterior in clean concrete. Actually, it’s pretty difficult to do this, so there has been lots of development in techniques for repair recently.

For example, there’s something called the Yoshida Method. The company mostly consists of painters, and they repair rough concrete to make it look like a nice concrete uchihanashi exterior. They employ art school students as part-time workers. If you use their technique, you can make any wall look like concrete uchihanashi.

Most normal buildings use tiles or plaster/stucco or paint the concrete exterior. Just leaving the concrete as is, it should be cheap, but lately, you need to either put a clear coating material (to keep the concrete clean) or repair it through things like the Yoshida Method. So it’s actually not as cheap as you think.

Jean Snow lives and breathes design and pop culture in Tokyo — sustained by an unhealthy addiction to magazines and frequent visits to his favorites cafes. His personal website is located at jeansnow.net.

Posted in Architecture, Development and Construction, The Present 17 Comments »