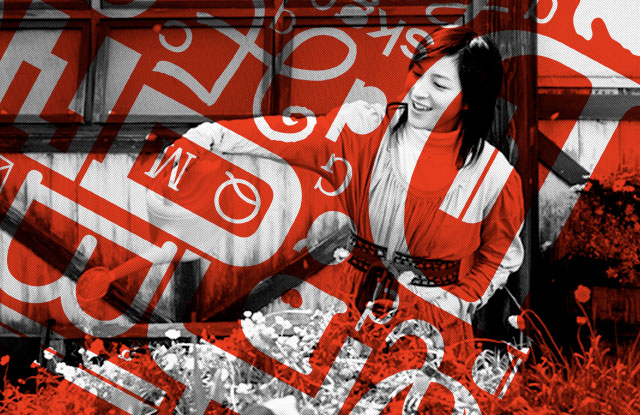 After winning the grand prize at the Montreal World Film Festival and the bid to become Japan’s submission to the best foreign film category in the Oscars, Okuribito (『おくりびと』, English title: Departures) is fulfilling the promises of its ad copy to become the best film of the year. A sweeping fish-out-of-water tale depicting the esoteric practices of the Japanese nōkanshi (納棺士) — an undertaker who places bodies into coffins at funeral ceremonies — the film’s warmhearted depiction of death may have appealed strongly to older audiences, who no doubt helped the film’s box-office figures surge past ¥2.7 in sales (as of Nov. 2). But while director Takita Yojiro’s Okuribito may be Shochiku’s nod to the popularity of the nostalgic weepie — previously revived by the Always: Sunset On Third Street franchise — the former can be argued to be an escapist, fantasy picture geared towards disenchanted, young Japanese urbanites. As the effects of the country’s aging population and declining birthrate manifest more sharply in Japan’s rural areas, Okuribito makes a pretty convincing case that young aspirants may want to head for the countryside in search of love, comfort, and even dignity.

Okuribito’s hero, Kobayashi Daigo (Motoki Masahiro), begins as a professional cellist, the kind of passion-over-practicality man-child that epitomizes the post-Bubble generation. His dream is shuttered when his orchestra disintegrates due to financial problems. With no way to continue living in the city, let alone pay off the substantial loan he has foolishly racked up for a cello he cannot afford, Daigo sells his beloved instrument and packs up his post in Tokyo with his wife Mika (Hirosue Ryoko). Yet what awaits them in Daigo’s home city of Sakata, Yamagata Prefecture is far from disillusionment and resentment. Daigo and Mika fall into the loving embrace of the lush Shonai plains, and neighbors welcome the arrival of the young couple, doling out comical idiosyncrasies and words of wisdom like delicate morsels of food. Although Daigo is oblivious to the real destination of the “departures” when he answers a want-ad for a “travel” agency, he ends up finding himself a life-affirming career ushering people to the afterlife.

In the film Daigo and Mika fit the mien of modern-day married couples in their late twenties to early thirties. Mika, introduced as a web designer can work from anywhere, keeps up her job in Yamagata, now punctuated by breaks in her front yard where she breathes in the fresh air wafting from the snow-capped mountains. Daigo, though seemingly bothered by a dream cut short, is emblematic of his generation in that he knows how to temper his ambition so as not to let it distract from his wish to go with the flow of life. The peculiarity of Okuribito is found in the couple’s smooth transition to the countryside — not one complaint about a lack of city-like convenience or stalled Wi-Fi installation. Plenty of films in the past have espoused the regenerative effects of small-town warmth and humility. Western films in the vein of Lonesome Jim, Elizabethtown, or Garden State often include young men defeated by big cities, whose resistance to their hometowns is slowly chiseled away until the day they are rejuvenated enough to head back. Yet Daigo and Mika are unique in their willingness to surrender and to settle. In a scene where Daigo parts with his cello in a store in Tokyo, he admits in a voice-over: “As soon as I sold off my cello, I felt as if a weight had been lifted.”

Okay, Okuribito may be a fantasy, further evidenced by the kind of environment, people, and careers the film showcases as the bounties of rural life. The home that Daigo and Mika inhabit is not an old-fashioned nagaya row house but a jazz café-turned-izakaya owned by his late mother, where choice LP records and exposed wood beams create a stylish atmosphere. During the location scout, director Takita and his crew scavenged the Yamagata prefecture for “things that will eventually pass on,” and the result is a film with strategically placed anachronisms like old bathhouses. When Daigo finds his worn, kids-size cello in the house and starts playing it against the sprawling mountainscape of Yamagata, one becomes convinced that the Joe Hisaishi’s scoring has never sounded better.

Yet the film is not without its share of conflict for its hero, and Daigo’s new profession does cause marital riffs. The job of a nōkanshi involves the washing and dressing of the deceased during a funeral, and Daigo is faced with criticisms from neighbors, who describe the job as being like a vulture. The reason behind Daigo’s resolve to remain a nōkanshi, however, exists in his relationship with his boss Sasaki. Played by the incomparable Yamazaki Tsutomu, Sasaki is a crusty gourmand with a masculine charisma and confidence in spades. He extinguishes every one of Daigo’s doubts with simple affirmations or barking orders and plays the paternal figure missing in Daigo’s life. Despite the hallowing and downright stomach-churning aspects of the profession, Daigo knows that when his artisan boss undertakes the rituals, every step transcends to a form of alchemy through which the dead are honored and the pain of the mourning family lovingly alleviated. Sasaki also represents the idealized characteristics that younger Japanese generations often look for in their elders but do not always manage to find: a steady calm and resolve that demonstrate a peace with life.

In Okuribito, Daigo’s chosen career as a nōkanshi makes sense. As Japan’s older generations pass away in the countryside, it is difficult to think of any other profession that binds the disparate generations so literally and gracefully. The rituals of a nōkanshi appeal to the artist in Daigo, but it does not take long for the audience to see that the profession also comes with a built-in purpose that is rare in the kinds of jobs sought out by the young educated class today. In fact, the film takes every opportunity to praise the rites of miokuri (見送り) or send-off. Though the film extols the dignity of those who send off the deceased, it remains rather mum on the topic of what the living should be actively doing before their inevitable end. There is a certain grace involved in accepting one’s fate, but the passivity of Daigo and Mika is enough to prompt one to ask if there should be something they should be fighting for, instead of merely acting as the bystander.

In one scene towards the film’s end, Daigo stares at Sasaki’s deeply creased face as he naps in his office. In a transient thought, Daigo seems to realize that one day he will be responsible for sending off his ever-reliable boss. The same can be said for the old bathhouses, and the whimsical residents of the countryside. One day rural towns to which the young can return home will cease to exist, and when and if that happens, what will the young do for the old in return for what the old has bestowed upon the young? Despite Okuribito’s honorable paean to those passing on, the film seems to go too easy on the younger generations by glossing over one crucial reality: a dignified death is never possible without a dignified life, lived to the fullest.

Marie Iida is a freelance translator living in Yokohama. Her work has appeared in Studio Voice, Esquire Japan, and Vogue Japan. She blogs at luxelonesome.blogspot.com.

Posted in Film, The Present 11 Comments »