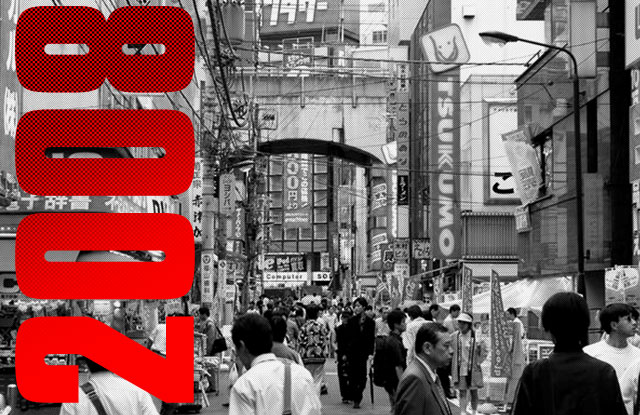 Sunday, June 8, 2008. A man drives a truck into a crowd of pedestrians in Tokyo’s Akihabara district, killing three. He emerges from his vehicle and goes on a stabbing rampage that leaves four others dead before he is finally apprehended.

He tells police, “I came to Akihabara to kill people. It didn’t matter who they were. I came alone.”

The Japanese media attempts to brand the perpetrator as a fan of anime and manga — an otaku. Fuji TV reveals that the killer, an impoverished 25 year old temp worker at an auto components factory, liked to sing anime theme songs at karaoke. A Tokyo newspaper headline blasts the “Evil Deeds of the Akiba Otaku.”

By the June 10th, the story goes worldwide. The Sydney Morning Herald labels the crime to be the work of a “manga enthusiast” and a “comic book killer.”

Yet real evidence is hard to find. The killer had only drawn a single manga style illustration in his high school yearbook. Police recovered a mere handful of items from his small apartment, including an assortment of anime and video games.

They number exactly seven in all, the same number as the “Akihabara Massacre” death toll.

On June 13, the Tokyo Public Safety Council indefinitely suspends the long standing Sunday hokoten tradition in Akihabara. The streets will be reopened to traffic and pedestrians will no longer be permitted free reign of Chuo-dori until further notice. Police presence (and the random bag checks they bring with them), is noticeably increased.

On September 24th, Japan has a new head of government: Asō Tarō. The international fan press is quick to dub him “The Otaku Prime Minister” on account of a widely reported love of manga.

Years earlier, he makes headlines by holding political rallies in Akihabara where he addressed the crowds as “My fellow otaku.”

October 26: the new PM returns triumphantly to the area and says, “I can cheer up when I come to Akihabara.”

He is also quoted as saying, “We’ve got to brighten up Japan. You’ll never pick up girls unless you have a bright attitude. So don’t be having a ‘Japan’s future is looking dim’ look on your face. Have a positive attitude if you wanna pick up girls.”

On December 7th, 2008 the Mainichi Shimbun and the Yomiuri Shimbun report that a 21 year old unemployed man suspected of murdering and dumping the body of a five year old girl in Toganeshi is an anime and manga fan. His room, decorated with posters from anime intended for young girls, also contains bookshelves filled with manga from the series Precure, Saint Seiya, and Bleach.

Only the Anime News Network website follows the story outside of Japan.

“This guy just killed Akihabara the way Charles Manson killed the Sixties. And we’re all under arrest now…” I wrote on my blog earlier this year. I still don’t know what I meant by that.

Patrick Macias is the author of numerous tomes on Japanese pop culture, including Japanese Schoolgirl Inferno, Otaku in USA, and Cruising the Anime City. He blogs at patrickmacias.blogs.com.