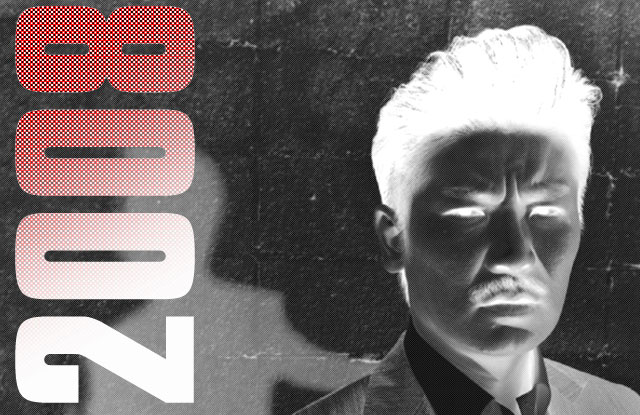 2008 was not the debut year for Watanabe Atsumu by any means. The 39 year-old actor and comedian was part of other comedy groups from 1991, notably Jarizumu, and his newer “Sekai no Nabeatsu” (世界のナベアツ) persona had enjoyed minor success in 2007 on shows such as Bakushō Red Carpet (爆笑レッドカーペット). But in the very end of 2007, Watanabe was able to introduce his gags to a new audience numbering in the thousands, even millions: Japanese families sitting around their kotatsu, snacking on mikan and mochi and watching manzai duo Downtown’s annual Batsu Game (罰ゲーム).

Matsumoto Hitoshi and Hamada Masatoshi — otherwise known as Downtown, the godfathers of modern Japanese comedy — may not have invented the batsu game, but they certainly perfected it. They’ve been running variations on the classic Japanese sadomasochist “punishment game” since 1990, but since 2004 their highest-profile punishment project has been the annual special Zettai ni waratte wa ikenai (「絶対に笑ってはいけない」, “You absolutely must not laugh”), also featuring the rest of the Gaki no tsukai ya arahen de!! (ガキの使いやあらへんで！！) team: Yamazaki Hōsei and Cocorico’s Endō Shōzō and Tanaka Naoki. On the special, which has been shown on New Year’s Eve since 2006, Matsumoto, Hamada, and the others are paraded through a themed setting — in past shows, an onsen, a high school, a police station, and a hospital — and confronted with funny situations. If they laugh, they are punished with a caning on the rear.

The producers gather a huge cast of comedians and celebrities to participate in this festival of complete madness. They all help surprise Ma-chan, Hama-chan and the others and ensure that they leave with sore asses. Every year little-known or forgotten comedians get a boost from the show.

In 2006 it was Shōfukutei Shōhei (笑福亭笑瓶), an older rakugo artist/comedian. He didn’t even need to show up in person — his introduction was enough to send the Gaki no tsukai members into hysterical fits.

The bit was so popular that Gaki no tsukai had Shōhei himself on the normal half-hour program in early 2007 to play a small set of batsu game events with them. It was a big break and Shōhei went on to make many more appearances on Japanese TV in 2007 than he would have otherwise.

At the end of 2007, Watanabe aka Sekai no Nabeatsu was the latest beneficiary. In his first appearance on Red Carpet as well as his appearance on the batsu game, he still wasn’t using his catch phrase “Omoro!” (オモロ, “kick ass”), but he proceeded to juice this along with his counting ippatsu gyaggu (一発ギャッグ, one-off gag/joke) for all they were worth all through 2008, expanding from multiples of three sounding like an aho (idiot) to multiples of five sounding like a dog and a host of other things. As is often the case with Japanese comedians, his target audience is elementary school boys.

He’s showed signs of moving away from his trademark gag to other bits , proving that he’s more flexible and creative than Hard Gay aka Razor Ramon, but we won’t know until next year if he has the staying power of a Kojima Yoshio.

Last year was supposed to be the final Zettai ni waratte wa ikenai batsu, but it was so popular that Nihon Terebi would have been fools to not make an offer. They have filmed another year’s installment, and six hours of footage, twice the running time of the past two years, will be shown on New Year’s Eve: our first chance to see which comedians will make it big in 2009.

An astute 2 channeler noted that there isn’t much time left this year to take advantage of Sekai no Nabeatsu’s gag: