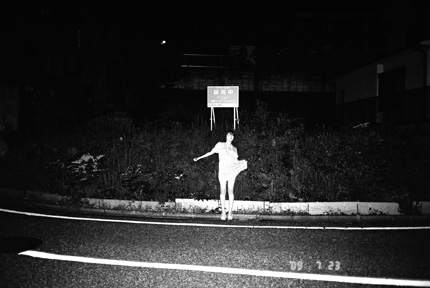 Tokyo Photo Dead Wave is a new bi-weekly series curated by Néojaponisme showcasing the best up-and-coming new photography from Tokyo. The series makes its debut with a photograph by Mari Kojima.

For a larger image of the photograph, please click here

About Mari Kojima:
“I was born in Shimane, Japan. I grew up alright and now I’m 27. I work, take photos, sometimes draw and make patterns and such, eat ham and sausages very often but not so much if it makes any sense. I’m interested in things or people that are brutally honest.”