The solar calendar, the two Ms and Fukuzawa Yukichi 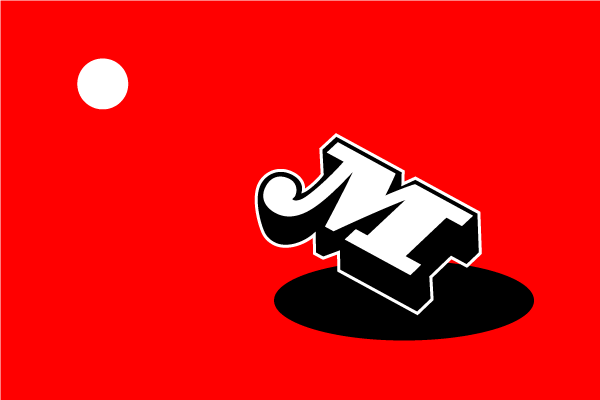 You may know that in Meiji 6 (1873), Japan officially made the switch from its Tempō reki 天保暦 lunar calendar system to a European-style solar scheme. On the ninth day of the eleventh month in Meiji 5, Emperor Meiji issued the edict entitled “Abandonment of the lunar calendar and promulgation of the solar” (太陰曆ヲ廢シ太陽曆ヲ頒行ス), in which it was declared that “the coming third day of the twelfth month shall become the first day of January in Meiji 6” (“來ル十二月三日ヲ以テ明治六年一月一日ト被定候事”).

The edict went on: Each year from now shall have 365 days divided into twelve months, it declared, with a leap year every four years. Each day shall be divided into two twelve-hour periods — basically, the adoption of the entire Gregorian/Western timekeeping system, only missing for some reason the except-multiples-of-100, except-multiples-of-400 leap-day rules (this omission was eventually amended in 1898) and not addressing the question of what the years were to be called — i.e., retaining the nengō system).

So, Japan went straight from 05-12-02 to 06-01-01 with only a couple of weeks’ warning. The official calendar industry was devastated. (No, really: They eventually got a decade and a half of government-approved monopoly afterward to make up for it.) Why the change and why right then?

The obvious reason for the change is the big M: modernity. A lumpy, irregular, lunar calendar just doesn’t go with steam trains and Prussian naval uniforms. (For one thing, it makes scheduling those trains a real bitch.) Recalculating dates when dealing with foreigners — even the year can be different in some cases! — is a hassle too. A solar calendar solves these problems in a pleasingly scientific and merciless way, and if you’re going to adopt a solar calendar, you might as well make it the one that the guys with all the money and guns are using.

Still, this doesn’t explain why the change was made at the end of year 5, in such a rush. This specific timing was chosen for another big-M reason: money.

Under the lunar calendar, Meiji 6 would have been a leap year, with an extra intercalary month. Government employees receiving a monthly salary would receive it thirteen times. By switching to a 12-month solar calendar at the end of Meiji 5, the cash-strapped Japanese government saved 1/12 of Meiji 5’s projected salary budget and cut down Meiji 6’s by 1/13 as well. They also got two days of work for free, because no-one got paid for the last two days of Meiji 5. (An edict on the 23rd of the eleventh month tried to declare them “the 30th and 31st of the eleventh month,” although it was withdrawn on the 24th, possibly because it rendered the original edict unclear. If 12-02 is actually 11-31, how do you know when 12-03 → 01-01 is?) According to Wikipedia, the new calendar also had less than half as many holidays as the old, just to rub salt in the wound.

Naturally, it wouldn’t be a huge modernization without Fukuzawa Yukichi 福沢諭吉 getting involved somehow, and he does indeed turn up in this story. Upon hearing the news at the end of Meiji 5, he rushed out a book called Kaireki ben 改暦辨 (idiomatically, “The New Calendar for Dummies”), which you can read online courtesy of Waseda University.

[…] I imagine that many people have their doubts about [the new system, and particularly the vanished 27 days of Meiji 5], and so I have done some research in books from the West in order to explain the differences between the solar calendar used in those countries and the lunar calendar used in countries like China and Japan.” (… 世間にこれを怪しむ者多からんと思ひ西洋の書を調て彼の國に行はるゝ太陽暦と古来支那日本等に用いる太陰暦との相違を示すこと佐の如し)

The explanation begins at the very beginning (“Taiyō 太陽 refers to the sun…”), but eventually moves on to the benefits of the new calendar: You don’t have to look at a calendar to see when Higan is every year; it won’t have those “stupid” auspicious and inauspicious days which “sow the seeds of superstition” and can, for example, cause the postponement of a funeral until a more auspicious day even in the height of summer. In summary, he declares, once you know why the calendar has changed, why the new system is better, and why you haven’t really “lost” those 27 days, you’d have to be an uneducated and ignorant fool (“無学文盲の馬鹿者”) to oppose the change. Indeed, he says, “you might say that this change is a test to separate the wise from the foolish throughout Japan” (“此度の一条ハ日本國中の知者と馬鹿者とを區別する吟味のいふも可なり”).

Posted in History, Politics, The Past 4 Comments »