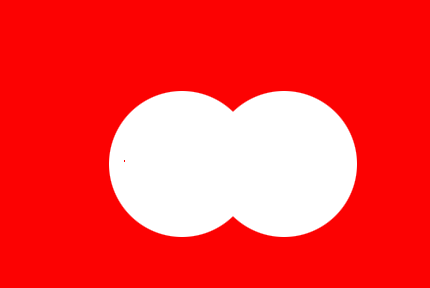 “If someone designs an original typeface … they don’t invent new letters; they invent new shapes for letters that we understand only because they are so similar to the shapes of letters that already exist. It is not so much the particular shapes that are important, but rather the ingenuity of the letterforms in the context of all the other letterforms that existed before, and the meaning or significance they convey in that context.”
– Mr Keedy, 2004

The work of Okano Kunihiko (岡野邦彦) and Ohara Daijiro (大原大次郎) represent wildly different approaches to typography, though each is a master craftsperson at creating original contemporary letterforms inflected by conceptual and formal lettering from the past. Little seen outside of Japan, their work represents a new guard of typographic designers filtering into the Japanese mainstream.

Okano Kunihiko’s work seen above represents a calligraphic-based approach that emphasizes legibility and readability in creating Latin character sets that complement the Japanese character sets for the typefaces he designs. A tireless and thorough craftsman, Okano is an unrelenting force in the Japanese sphere of typography. His work speaks for itself — graceful and poised type design that retains the springy qualities of pen-rendering.

The AXIS font family, much of which is the work of Okano, is the typeface family utilized by Apple, Nintendo, and Mazda to express the brands’ typographic voices in Japan. NTT Docomo, the largest mobile phone carrier in Japan, also utilizes AXIS as the default typeface for their handsets. Despite the contemporary styling of the AXIS Compact family, whose Latin forms follow the formal evolution of humanist sans serif typefaces such as Frutiger and Myriad, Okano is no mere default Modernist. His work exercises multiple perspectives — the chopped terminals of punchcutters, deep ink traps of the 1970s and 1980s, and exaggeratedly differentiated counterspaces enhance readability with one foot in the past and one solidly in the present. Okano’s typefaces move your eyes- some almost somnambulantly in their refinement, while others insinuate a rhumba, moving optics along in steady, surprising succession.

Okano’s logotype work operates in different terrain, often that of contemporary nostalgia — a national obsession with better days (given form via the 1995 movie Always – San-chôme no Yûhi — a gauzy, soft focus look at the post-war obsession with the automobile and the electric conveniences freshly offered to the general public at that time). While in no way overt, many of Okano’s works mine history for aspects of their base forms, then update them with the sharp angularity offered by an incisive sense of the contemporary. Okano is no retro revivalist offering up readymade solutions: his work is that of one who understands history, then synthesizes and sublimates the lessons of the masters into brave new form.

The work of Ohara Daijiro meanwhile represents a near-polar opposite in his reverence for the untrained, though channeled with precision in his use of bubbly cartoon lettering, art nouveau-esque display types, and roughly-rendered geometric characters. The past century collides in his work in a visceral way, bleeding dot gain and the uneven tones of cheap reprographic technology. Reminiscent of vintage candy shops, low-budget U.K. psychedelia, and reverberating with the echoes of the ’60s and ’70s small press in Japan, Ohara’s work retains bits of the innocence of the work in Graphic 55, the island nation’s first full-fledged graphic design exhibition. These assorted strains of influence are mixed with a hand-wrought tactility that is innocent and playful, yet craft-centric in its thoroughness and richness of form and finish.

Ohara’s designs for pop band Sakerock mimic their continuation of the values and sounds of late ’80s indie music in Japan — the past reverberating into today through their work alongside stalwarts like Kicell, Your Song Is Good, Zainichi Funk, and Mu-Stars. There is no denying the strength of musical communities, especially when paired with visual execution in step with melodic vision.

Rhythm is very much the base of good lettering and typography, and this is where Okano and Ohara’s work connects: Each is creating patterns of work that keep time in ways that are reliant upon history while being very much original compositions. Each will be remembered as being part of a continuum — creative ‘fellow travelers’ who have created applied visual form filled with meaning.

* Originally published in the German typography quarterly Slanted #11 along with the first in a twelve-part primer on Japanese typography to be published in book form at some undetermined future date.