The Day the Journalists Ran 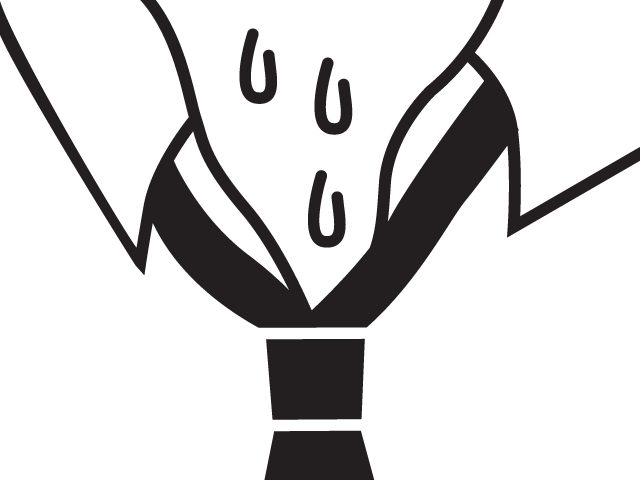 Following the one-two-three punch of the Tohoku earthquake, tsunami, and nuclear crisis in Fukushima, much ink and many pixels have been spilled over foreign media outlets’ treatment of the disasters. In particular, many foreign residents (including myself and other members of this web journal) have accused the overseas mass media of panicking locals who rely on English-language news (and their parents) by overplaying the nuclear situation in comparison to more measured domestic coverage. Those playing devils’ advocate, such as Uesugi Takashi, claim the foreign media brought a balanced viewpoint to a dangerous situation the Japanese government is doing its best to downplay.

Whichever side you take, there’s one piece missing from the puzzle: How do Japanese feel about the coverage of their country from abroad? And more to the point, how do domestic journalists feel about their foreign counterparts? Largely because everyone has had their hands full dealing with the unfolding crises, there’s been precious little commentary from the Japanese about the portrayal of their nation’s predicament abroad. Until now.

“The most notable aspect of the incident was the sheer number of journalists who ‘deserted in the face of the enemy,’” declare Yokota Takashi and Yamada Toshihiro, who reported on the crisis in Tohoku as correspondents for the Japanese language edition of Newsweek. Their article, entitled “And Then the Journalists Ran Away,” is a scathing critique of the behavior of the Western mass media in the early days of the Fukushima disaster.

Until now, Japan regarded the foreign media with an unadulterated measure of respect. We honored their journalistic standards as we relied to a degree upon their authority. […] But this fairy-tale crumbled during the Tohoku Earthquake and Tsunami. Entangled in the very news they were supposed to report, [the Western media] lost all sense of composure.

Yokota and Yamada paint a portrait of journalists who were as terrified of the dangers of radiation as the readers and viewers to whom they were supposed to be delivering the news.

Take, for example, the case of a journalist from America’s one of the world’s most well-known financial newspapers, who was covering the U.S. military support efforts alongside correspondents of this magazine. […] In normal times, this Tokyo-based correspondent conducted himself with the utmost of composure. On the first day of our coverage of the U.S. military, he coolly filed stories from the front lines on his smart phone.

But when dawn broke the next day, he was a changed man. This was right as the situation at Fukushima Daiichi began to worsen. Hastily packing his bags, he began to rush away from the command center. When a U.S. military spokesman tried to persuade him that we were in no immediate danger, the preoccupied journalist cut him off with an “I just want to get out of here!” before disappearing into the city of Sendai.

Yokota and Yamada, however, reserve their harshest criticism for television reporters.

Hands down, the American television stations were the most hysterical presence. Playing up the drama of world news is their bread and butter, but it reached new heights in Tohoku […] At first, the point was to showcase their reporters doing on-site coverage. But this quickly devolved into a circus.

The pair go on to describe a breathless report by CNN anchor Anderson Cooper, which (by very nature of being in English) undoubtedly wasn’t seen by many locals. It took place just after Cooper learned about the second hydrogen explosion at the Fukushima Daiichi complex.

In a live back-and-forth [from Japan] with a nuclear expert back in the studio in America, Cooper peppered his fellow reporters with questions like “How far are we from Fukushima?” and “Which way is the wind blowing?” Upon hearing that he was more than 100 kilometers distant from the Fukushima reactors, he exclaimed “Then shouldn’t we get out of here?” Whether he was doing this in order to build a sense of drama, or out of sincere apprehension, we don’t know. But what is clear is that he made no attempt to calmly ascertain the facts of the situation, and in so doing needlessly fanned the fears of the audience.

Even the most well meaning attempts to frame the situation often came off as clueless, according to Yokota and Yamada.

Some [foreign journalists] lost their intellects along with their cool. […] Even going so far as to delve into stereotyping. […] When the 800 original nuclear workers were reduced to 50, the Western media quickly dubbed them “The Fukushima 50” and praised their valor. But this also proved fertile ground for prejudicial references. England’s Sky News called them “Nuclear Ninja” and “Samurai,” while the famed German paper BILD referred to the JSDF helicopters dropping water on the plants as “kamikaze.” At first glance this sort of reporting might seem harmless, but it isn’t.

The pair reasons that these “racist” stereotypes aren’t just sloppy reporting. They draw attention from the people who are truly suffering: the actual victims of the tsunami.

Effectively the predicament of the victims has been made secondary. Little has been reported about those who are desperately searching for their families, the lack of adequate medical care for the elderly who make up the majority of refugees, or the economic impact of the disasters.

They describe a vicious cycle that affected not only viewers, but governments as well.

When foreign media saw reports like Cooper’s, which overstated the terrors of radiation, many began to wonder if the situation wasn’t actually far worse than the Japanese were leading them to believe. It’s entirely possible that this overplaying of the dangers more than necessary played a key role in the decisions of several embassies to evacuate their citizens.

Yokota and Yamada reserve some words of praise for the media outlets that are treating the situation with the attention they feel it truly deserves.

The New York Times, which has run no shortage of articles that stereotype Japan, has increased the number of reporters covering the country and continues to do good work. And many other foreign journalists actually requested to be sent to Japan to support Tokyo bureaus deflated by the journalistic exodus.

But the pair conclude that even as things improve, the impact of foreign-media-fed hysteria remains.

The fact remains that the use of inflammatory words “Chernobyl-level disaster” continues to paint the entirety of Japan as devastated. The fear of radiation has led cargo ships to avoid ports in Tokyo and Yokohama, and there have even been cases of experts being forbidden from entering stricken areas to conduct surveys of the conditions there. This is hindering recovery. It’s a second disaster caused by the media.

Japan survived the trial of the Tohoku/Kanto Disaster, but we can’t say it’s thanks to the foreign media.

Posted in Conceptions of Japan, Media, The Present 179 Comments »