Colorless Tazaki Tsukuru and His Years of Pilgrimage 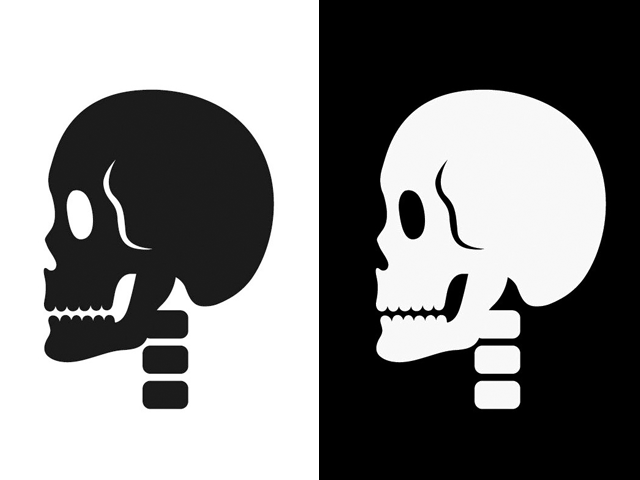 Murakami Haruki’s most recent novel might be the best book he’s written since Norwegian Wood made him a household name in 1987. Published in April, Colorless Tazaki Tsukuru and His Years of Pilgrimage (『色彩を持たない多崎つくると、彼の巡礼の年』

) was an instant best seller, quickly selling out and moving a million copies in just a week.

Unlike the massive tomes that have come to characterize his writing in the years since Norwegian Wood (1988’s Dance Dance Dance, 1994’s Wind-up Bird Chronicle, 2002’s Kafka on the Shore, and 2009’s 1Q84), Murakami’s latest outing is a mere 370 pages in the Japanese. The story also eschews complex metaphysical adventures for a more realistic setting. The work conveys the intense emotional landscape of protagonist Tazaki Tsukuru, a Nagoya-born Millenial whose given name — homophonous with a word meaning “to build” or “to construct” — corresponds nicely with his work as a train station designer.

The novel mirrors the setup of Norwegian Wood to a certain extent. Norwegian Wood was a coming of age story set in the turbulent student movement of the late 1960s in Tokyo, centered around the narrator Toru and his friend Naoko’s struggle to deal with life after the suicide of Naoko’s boyfriend Kizuki. The three were close high school friends, and Toru and Naoko pair up in Tokyo when they graduate and move away from their hometown.

In Tazaki Tsukuru, Tsukuru has four close high school friends, all of whom have “colorful” Japanese surnames: Akamatsu (“Red Pine”), Omi (“Blue Sea”), Shirane (“White Root”), and Kurono (“Black Field”). They playfully refer to each other as Red, Blue, White, and Black, but Tsukuru is always just Tsukuru; this is one of the reasons he’s always felt separate from the group and worried about his place. Red and Blue are men while White and Black are women, and although Tsukuru is attracted to both White and Black, the stability of the group takes precedence. The five friends make up what he comes to consider a “an inseparable and harmonious collective entity.” They have an unspoken vow to spend as much time together as possible, even after Tsukuru has left Nagoya to study train station engineering with a famous professor at a college in Tokyo.

No one dies at the start of this novel, but death is an important issue from the very first line: “From July of his sophomore year of college to the following January, Tazaki Tsukuru lived his life thinking almost exclusively about death.”

During the summer break of his sophomore year, his friends summarily dismiss him without warning. They don’t even take his phone calls, but when they do, they tell him they don’t want to see him. “Hey,” Tsukuru asks when one of them finally answers, “what happened?” “Ask yourself that question,” Blue responds.

Tsukuru spends the next 18 years living with that question and bearing the scars of the loss, which brings him to the present of the novel. Tsukuru is 36 and living in Tokyo, trying to overcome his past and have a serious relationship with Kimoto Sara, a travel agent two years his senior. The two have been on a handful of dates, slept with each other, and seem to like each other and get along well.

The first half of the book is tantalizing in classical Murakami style. He jumps deftly back and forth between Tsukuru’s interactions with Sara in the present and his past: the way he lost 15 pounds and went through a physical transformation during his death-obsessed depression after losing his friends, how he met a classmate named Haida who swam at the same pool and gave him a quiet friend to turn to, the way Haida also disappeared from his life.

Also included are Murakami’s trademark stories within stories: Haida tells a particularly good one about the time his father met a man who was destined to die in a month. And it wouldn’t be a Murakami novel without a few reality-bending “dreams”: Tsukuru has wet dreams that combine White and Black into a single person, and another that suddenly involves a homosexual relationship with Haida.

So it comes as no surprise when Sara puts a halt to their relationship after hearing about his high school friends. “When we were having sex, I felt like you were somewhere on a different plane,” she tells him. “Somewhere separate from the two of us. You were nice, and it was wonderful sex, but…”

But he has too much baggage. Her response, however, is not to cut and run. Instead, she wants to help him fix it. In what feels like a line directly out of “A ‘Poor Aunt’ Story,” one of the very first stories Murakami ever wrote, Sara says, “Tell me their names. You can decide what happens after that. If, after certain things become clear, you still don’t want to see them, then you don’t have to. Because it’s your problem. But despite that, I just happen to be interested in them. I want to know more about them. About the people that are still, even now, imprinted on your back.”

Using her powers of travel agency for good, she tracks down the four friends, researches their situations a bit, and the second half of the book becomes a Murakami quest novel. Murakami has had a tendency to mediate his main characters in the past, and he’s been particularly obsessed with the telephone as symbol. The Wind-up Bird Chronicle begins with a telephone call. Norwegian Wood ends with one. Phones play a huge part in communication within 1Q84, and Murakami has also used phones in countless short stories, notably “The Year of Spaghetti” and “Nausea 1979.” In every case, the phones represent the strangeness of human interaction as a whole: here we all are, communicating with each other, but is that the best we can do? Are we only ever “talking on the phone”? Are we always separate? When characters aren’t communicating over the phone, their interactions are often mediated by letters, dreams, or stories.

There is some of this in Tazaki Tsukuru, but it’s refreshing to see Murakami run these characters into each other and have them talk it out in person. Tsukuru is forced out of his comfort zone in Tokyo, back to his hometown Nagoya, and even outside Japan to find out what caused the break in college. Confronting his friends face to face, he finds, as you might expect, the unexpected.

After a buildup that derives a lot of narrative drive from shifting gears and cliffhanger chapter endings that aren’t resolved until two chapters later, the second half of the book becomes somewhat linear. We meet the friends, learn how their lives have changed, and Tsukuru returns to Tokyo to see what he can make of things with Sara.

Before Haida disappears from Tsukuru’s life, less painfully but equally mysteriously as the four colorful friends, he makes the following remark: “It’s strange: No matter how calm and consistent everyone’s life appears to be, it seems like there’s always a period of major collapse. You might even call it a time for them to just lose it completely. I think humans probably need milestones like that.”

This seems to be what Murakami is exploring in this book. Can Tsukuru recover from his major collapse and get to a point where he feels comfortable being in a relationship, which necessarily requires one to emerge from the shell of self and trust another person?

The book has its weaknesses. The twists in the latter half of the story aren’t as compelling as some of his great novels, and Murakami is clearly still getting comfortable with third person narration — this is only his second full book told from that point of view.

The narrative balance is also off a little. Murakami adds in flashbacks at the end which would have been far more helpful in the front half of the novel. We learn very little about the four friends, so meeting their new, 36-year-old versions doesn’t feel as weighty to readers as it must to Tsukuru, and the flashbacks make this clear.

And as with many of Murakami’s work, resolution of any sort is uncertain. But after 1Q84, a winding book filled with a strange mythology that didn’t feel completely fleshed out, Tazaki Tsukuru is a book that knows its scope, one that Murakami started as a short story and then let go longer as he followed Tsukuru on his journey. Following Tsukuru is the main point here; structurally the book is bookended by beginning and ending sections that dive deep into his mindset and provide an anatomy of love and loss as experiences.

English readers will have to wait for Phillip Gabriel to finish his translation, which he’s said he’ll be able to do within the year, putting it on shelves in your neighborhood at some point next year. It’s worth the wait this time.