The Second Manifesto of Néojaponisme 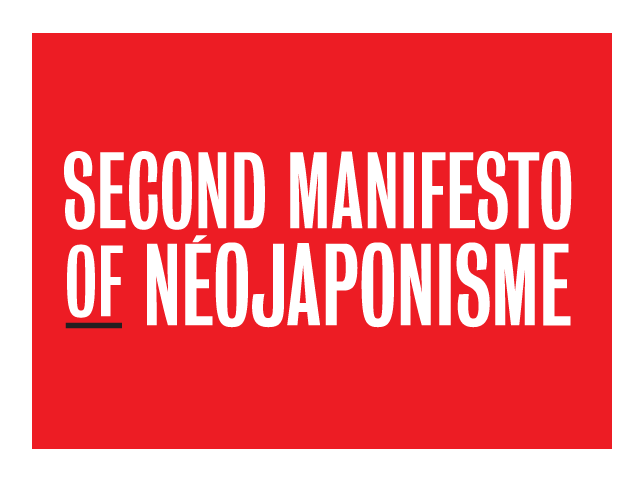 This is an excerpt from our first print issue, NJP#1: Shōwa Tokyo.

We started Néojaponisme in 2007 — a year that carried all the promise of the Internet as a hallowed bastion for reasonable, intelligent people who liked to exchange reasonable, intelligent comments underneath long-form essays about serious topics. Little did we know at the time, 2007 was the last year someone could harbor such misconceptions about the nature of the Internet.

More than a decade later, the Internet is a very different place, and at some point this affected how we thought about Néojaponisme as a website. The Internet is now for everyone — which is great! no really, it’s great! — but us weird folk with extreme curiosity and unusual interests are no longer left alone to mumble quietly amongst ourselves. Any webpage on the Internet will end up with angry partisans drifting in from rival taste worlds, doomed to miss the point. Meanwhile, websites are no longer destinations and clubhouses since people find their news on social media and discuss it there. Where an article is hosted feels increasingly irrelevant.

And then there is Japan, our initial focus of interest. Japan has changed as well in the last decade, opening up to the world in new ways. Japan of the 2010s was less of a misunderstood other and more of an internationalized tourist hub for vacation delights. Japan’s shift inside the global community from hard economic power to soft culture fun zone has quieted much of the online debate we felt a need to engage in.

But in this new media environment, maybe websites are not the answer. In the old age of our second decade (website years are like dog years), print may be a better match. A print Néojaponisme — NJP — is our latest destination: something to buy, read, enjoy, save, pull off the shelf once in a while as a reference. And by virtue of being a physical object with limited distribution, print manages to deliver our writing to the suitably sized, highly targeted audience we aimed for at the beginning. A final bonus: Print means we can collect our “occasional publishing” into bursts rather than letting you down with the false promise of regular updates.

Okay, here is one more reason for print: All of us love books and magazines, and a paper-based issue lets us explore our specific aesthetic vision in more depth, giving Ian LYNAM, our designer, a canvas for his graphic design and space for excellent illustrators to show off their work.

So, enjoy this first issue of NJP on Shōwa Tokyo, an exploration of modern culture in Tokyo from the prewar to the late 1980s.

Posted in Uncategorized Comments Off on The Second Manifesto of Néojaponisme