The Legacy of Shibuya-Kei Part Three 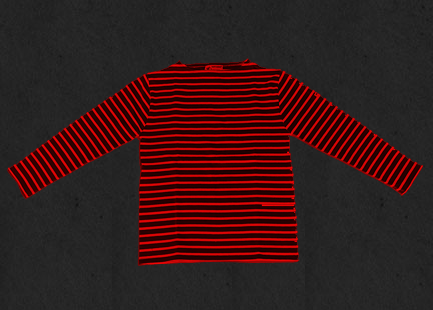 Although a strict interpretation of the Shibuya-kei scene would start and end with Flipper’s Guitar, the words “Shibuya-kei” came to connote the stream of Japanese indiepop following in the original bands’ footsteps. The First Wave had been pioneers in introducing a whole panoply of new sounds to Japanese popular music: UK indie/alternative scenes like anorak pop, neo-acoustic, and Madchester (Flipper’s Guitar), hip hop (Scha Dara Parr), and ’60s softpop and club jazz (Pizzicato Five).

From ’89-’91, these bands had minimal interaction, but once FG was officially disbanded, they began a long history of crossover appearances. Oyamada Keigo produced Pizzicato Five’s 1993 album BOSSA NOVA 2001

, which would codify the “Shibuya style” for the next decade as nostalgic borrowing from past sounds mixed with au courant dance beats. Meanwhile, Ozawa Kenji collaborated with SDP to create the 1994 mega-hit “Konya ha bugii bakku“.

After the breakup, Ozawa and Oyamada took two completely different routes with their solo careers.

. The album recalled a friendly, mid-period FG, but took its greatest influence (and hooks) from the hipster rediscovery of Roger Nichols and the Small Circle of Friends. More importantly, he started the sub-label Trattoria on Polystar to release unavailable Western titles in Japan (like Apples in Stereo and Free Design) and kick start the careers of young Japanese indie stars like Bridge (Kaji Hideki‘s original band), Citrus, Seagull Screaming, Kiss Her, Kiss Her, and many others. Oyamada also produced some of his then girlfriend Kahimi Karie‘s first work and repaid his debt to Salon Music by adding them to the Trattoria roster. Regardless of his plunge into the shallows of the underground, Oyamada was still a bone fide rockstar. In 1993, he could be seen in the inside cover of magazines doing ads for the Uno brand of hair mousse.

A host of new bands also joined the informal movement in the mid-early ’90s: Venus Peter (discovered by Oyamada and produced by Salon Music’s Yoshida), Love Tambourines (on Takemi Kenji’s influential Crue-l label) , the rap-pop act Tokyo No. 1 Soulset (discovered by Oyamada), and Original Love (ex-Pizzicato Five vocalist Tajima Takao). Dee-lite’s Towa Tei came back to Japan from New York in the mid-’90s, and although he was regarded as a pioneer and antecedent to Shibuya-kei, the sound of his solo releases resembled the movement’s signature style enough to imply a loose membership. Denki Groove were more of a dance-humor-pop act, but there was great crossover between fans of Shibuya-kei and their work.

— was released in 1995 and is still his best selling record to date. Kahimi Karie scored some big hits on the Oricon charts like “Good Morning World” with the Scottish producer/songwriter Momus on board.

Shibuya-kei fashion had been strictly Continental dandy, but starting around 1995, Oyamada’s close relation to the fashion director Nigo and his brand A Bathing Ape brought the indie-fashion world of Ura-Harajuku into the indie music world of Shibuya-kei. Both men had supposedly stumbled upon an obsession with Planet of the Apes at the same exact moment in 1993 — collaboration was inevitable. Soon after meeting, Bape was making tour T-shirts for Cornelius, and until around 2002, Oyamada always dressed head-to-toe in the brand for official appearances.

By the late ’90s, the Shibuya-kei bands had become so ubiquitous that the term no longer implied any sort of rebellious alternative to the mainstream. Their influence had permeated society, and massive big budget projects like the Puffy and My Little Lover were obviously taking notes from the indiepop playbook.

) and earned a tenuous place on the stage. Ex-Fancy Face Groovy Name and Ozawa girlfriend Minekawa Takako came aboard with her bedroom analog synth concoctions. Psych-out turntabling krautrockers Buffalo Daugher also were lumped in. Ex-Denki Groove’s Sunahara Yoshinori (aka Marin)’s amazing concept album Take Off and Landing took the Shibuya-kei sound into the air with an electronic tribute to Pan Am jetset culture.

collections of groovy tracks from the ’60s.

came out in 1997 and can be said to be the culmination of the scene’s sound. The album is a seamless trip through a well-curated collection of music-nerd influences — hip hop, turntabling, High Llamas, My Bloody Valentine, ’70s punk, the Music Machine, cartoon soundtracks, drum’n’bass, Primal Scream, the Beach Boys, sampling, Apples in Stereo, retro-futurism, Bach, Disneyland, the Jesus and Mary Chain, drugs, theremin, and Cornelius self-references.

By the end of the decade, the term “Shibuya-kei” had snowballed and snowballed to a point where it almost included any and all anti-mainstream sounds that fit a specific mukokuseki internationalist aesthetic. It was no longer a canonized musical style, but an attitude — a devotion to sophistication, a penchant for reference and pastiche, an anti-Jpop stance, and an unwavering attention to design and detail. However, as we’ll see in the next chapter, the rest of Japan also scooped up these trends, and the mainstream use of the Shibuya-kei ingredients softened the impact and meaning of the indie rebellion.

Posted in Music, Neomarxisme Archive, the Legacy of Shibuya-kei 11 Comments »