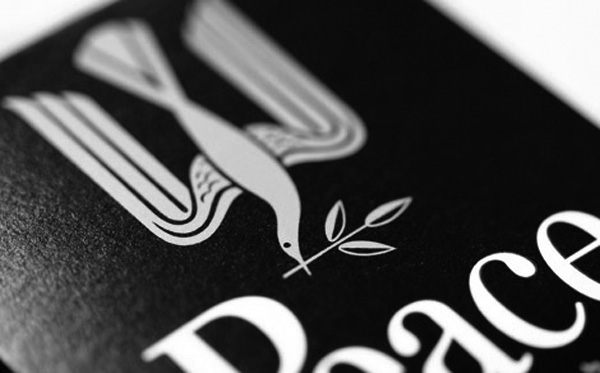 Raymond Fernand Loewy will always be remembered as a pioneering industrial designer first and foremost — his automobile designs for Studebaker and the Greyhound bus. His streamlined objects, incorporating motion lines and intimating motion through their composition, are still indelible symbols of classic American design.

Loewy was born in France in 1893, having studied engineering there and serving in the engineer corps from 1914-1918. After moving to America in 1919 he began a short-lived career in fashion illustration before shifting his focus to product design. At the time “brand marketing” was still a primitive science, and the concept of “industrial design” was unknown to the big corporations. Product “design” was simply left up to the engineers. It was Loewy’s high-minded intention to turn corporate perceptions around.

Ever the self-publicist, Loewy carried business cards emblazoned with the legend “Between two products equal in price, function and quality, the better looking will outsell the other.” Perhaps not as zippy as today’s catch phrases but it did the trick. Although he ran up against incredulity in conservative quarters, he gained the confidence of more forward-thinking executives who, struggling with increased competition in the aftermath of the Depression, began to see that good design could be a selling point. In many cases — for example, that of the Frigidaire refrigerator that Loewy designed for General Motors in the 1940’s — the companies saw sales skyrocket.

His accomplishments as a graphic designer are secondary in notoriety, though just as striking. In particular, his company’s logo design for Shell Oil and the ubiquitous Lucky Strike cigarette packaging are some of the best known examples of his work that carry on today, albeit in revised form.

However, it was another piece of Loewy’s cigarette packaging design that struck a chord in Japan — his project to redesign the packaging for Peace cigarettes.

Some of the first people in Japan to acknowledge the power of graphic design were the tobacco merchants in Meiji era Japan. From traditional woodcut print packaging to packaging utilizing elaborate design work and fine printing techniques, tobacco products from numerous merchants competed wholesale for public appeal. Coinciding with a marketing battle came an increased monopoly on the manufacture and sale of tobacco products — an increasingly limited number of companies offered their wares to the public in ever more elaborate packaging.

This came to a halt in the 1940s as World War II saw cigarette packaging become more reductive in both design and printing quality.

Loewy’s 1952 redesign of the packaging for Peace was a return to form for the Japanese tobacco market. Pre-war images of happy children and fireworks were eschewed in favor of an iconic, though oddly positioned geometric rendering of a dove in Loewy’s steamlined style. That the bird appears to be plummeting instead of flying upward is an odd stylistic choice, however it was elegantly rendered and the package has remained virtually the same since its inception.

What really caught the public’s attention was Loewy’s design fee for redesigning the ubiquitous brand. Unheralded in any sector of graphic design in Japan, the project fee for Loewy designing the packaging was a crisp ¥1,000,000 — a fortune at that time. The sheer amount had the nation atwitter and instantly skyrocketed public opinion of the work of commercial artists. Graphic designers and illustrators saw an increased perception of value in their work, as well as a noted increase in design fees in the years immediately following the Peace re-branding project. Other benefits in the Japanese workplace saw no such commensurate raised valuation, however, the elevated position of graphic design as a viable and valuable cultural practice through increased budgets for design was a boon for Japanese graphic designers.

It is worth noting this footnote in history in hopes of prominent designers working in Japan and abroad for the Japanese market making an effort to push both for an increase in client budgets and for a subsequent public disclosure of design fees. In a country where good design is considered both essential and integral to project success, design fees are estimated to be one-third to one-half of their analogs in North America and the Continent. Simultaneously, the social status of design workers continues to rise as the Japanese public becomes increasingly design-conscious and sophisticated in their design taste. Budgets, however, seem to be firmly fixed in place, though the global economic woes of late have taken their toll, as well.

Where is the modern-day Mr. Loewy now when we need him so desperately?

Posted in Conceptions of Japan, Design, History, Markets and Consumers, The Past, The Present, Visual Art 4 Comments »