2010: The Decline of Optimism in the Japanese Music Industry 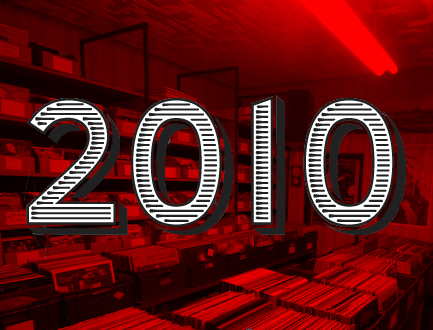 Up until this year, Japan’s still-massive music industry looked like it would continue to avoid the fate of its overseas counterparts, which have almost all been shaken to the core by declining record sales. Even though the Japanese industry has mostly failed to export its products abroad at rates commensurate with anime and video games or generate any new and innovative models of pop stardom, its bottom line has not taken a haircut on par with the ones taken by its American and European brethren.

Physical record sales have been declining for years, and growth within the digital market finally petered out earlier in 2010. In fact, sales of digital products are down 5% quarter-to-quarter from 2009. There are still viable mass-market stars of the girl-pop, “pretty boys,” and nerd-exploitation-pop varieties, but fewer and fewer of them can actually attain any meaningful level of popularity. And the markets for niche material — classical, jazz, blues, rap, metal, etc. — are steadily collapsing. To be sure, file-sharing — the great disruptor of music revenues worldwide — has played a part in the industry’s contraction. Yet the baseline assumption that music is something free which comes from a digital tap hasn’t taken a strong hold in Japan despite being so prevalent in the West and other parts of Asia.

So digital distribution has arrived through establishment channels, leading to digital products like the Chaku-Uta Full download. ¥350 gets you a single song, packed to the brim with Digital Rights Management (DRM) software. This prevents you from sharing it with your friends, but also prevents you from, say, taking a song you bought on your phone and playing it on your PC.

People continue to buy these Chaku-Uta Full by the truckload despite their inherent inflexibility. Their sales comprised about ¥12 billion of the ¥21 billion worth of digital music products sold in the third fiscal quarter of 2010. But the genius of the format is that the act of paying for a Chaku-Uta is completely abstracted. The charge for the song appears on your wireless bill, and it’s not even a single line-item. You’re sold the right to download the song for ¥200 and another ¥150 for the bandwidth required to transfer it to your phone. The upshot: There’s very little chance here for the final cash-register moment of reflection, the realization that you could probably buy your boyfriend a nice lunch or something for the price of an ultimately-not-so-great Koda Kumi CD. So songs become an impulse buy lumped into a mysterious phone bill, and the industry collects a massive margin (we estimate around ¥200 per track). It’s a heck of a cash cow, but the widespread consensus within the industry is that its age is at a close and there is no clear candidate to replace it.

The issue is the widespread adoption of smartphones. When your phone is a computer and your data plan is unlimited, you move from a closed consumption environment to an open one. And from the perspective of the Japanese music industry, the track record of monetizing music within such environments looks bone-chilling. In the US and Europe, the iOS and Android App Stores have set users’ expectations with regard to how they’ll pay for digital content, as well as opened up the market for a variety of new sellers, enriching Apple and other new players at the expense of major labels. The alternatives are even worse: Cloud-based applications like Rdio or MOG have so far provided payouts in the range of a tenth of a cent per track downloaded.

If that all sounds like a hopeless situation for content owners, observers should take care not to discount the reasons why they’ve been able to avoid catastrophe so far. Big firms remain willing to use powerful strong-arm tactics to protect their interests. For instance, Sony Music Entertainment alone has basically been able to keep iTunes from really reaching critical mass in Japan all by itself by flat-out refusing to allow its music onto the platform. The same sort of thing could keep the smartphone-distribution market from collapse (or rationalization, depending on one’s point of view). The industry could very well figure out a way to create some viable smartphone-enabled Chaku-Uta variant by sheer force of numbers.

But they would have to do it in unfamiliar territory. In Japan, when cell phone makers were writing music software for mobile devices, they worked together with the major labels through every step of the process. They were therefore able to create digital music products and payment schemes that suited their needs, not necessarily consumers’. This dynamic is reversed on more open smartphone OSes, which generally aim to provide functionality and freedom to end users and transact through credit cards (rather than, say, series of deliberately-obtuse line items on a wireless bill). Maintaining the security of DRM in a completely open OS environment like Android, for example, is a technical concern. But more important is the battle of ideas. The threshold of freedom Japanese consumers have over the use of their devices is moving. People are demanding — and getting — more for less.

It is fair to say that this is not a situation the establishment industry apparatus is prepared for. In all likelihood it will figure out a way to maintain its hold on music in Japan, but 2010 was the last year anybody could say so for sure.