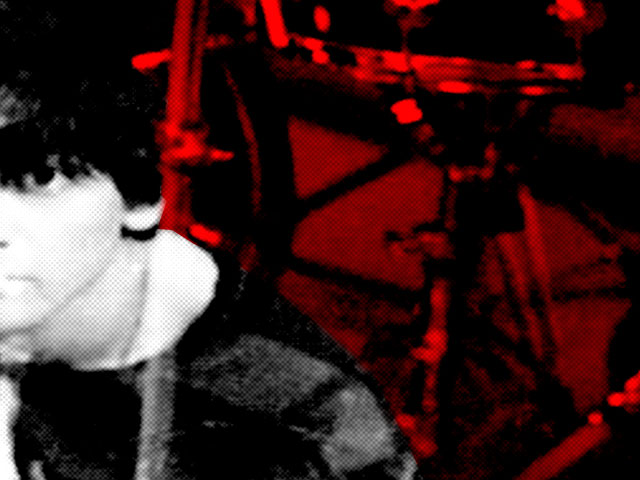 Part Four in a week-long, five part series celebrating the fifteenth anniversary of Cornelius’ musical masterpiece Fantasma. Read Part One — the introduction to the series as well as “The Age of Music Nerds” — Part Two — a look at Oyamada Keigo before Fantasma and the structure of Fantasma as an album — and Part Three — track by track analysis of Side One.

8. “Chapter 8 – Seashore And Horizon”
Side One of Fantasma

ends with the chaotic jungle drone crescendo of “Star Fruits Surf Rider,” but at the beginning of Side Two (or if on a CD, the theoretical start of Side Two), we are immediately transported back into the pop realm with a song in the style of 1990s American indie pop heroes Apples in Stereo. Wait, this isn’t a song like Apples in Stereo — this is Apples in Stereo. A small yacht comes over the horizon and lands on an isolated beach with gently crashing waves. Out steps Robert Schneider and Hilarie Sidney who start to sing a duet with an acoustic guitar, bass, and an incredibly sea-friendly drum kit.

Cornelius plays a neat joke here: After an entire album of naming songs after bands and reimagining other bands’ songs, he decides, why not just invite my favorite band to actually be on the album? Schneider’s resulting co-composition is pleasantly Apples-esque, but at the :44 second mark, someone hits the button on the cassette player and we are transported to a similar, but completely different song sung by Oyamada, which essentially sounds like an Apples in Stereo copy. In this, the entire sequence essentially acts as a summary of Cornelius’ own methodology at work — an original composition, followed by a similar yet slightly less melodic copy.

Before we get too comfortable in the Oyamada take on Elephant 6, however, the tape rewinds back to Apples in Stereo for a slightly longer version of their realm, and then we again tape click over to Cornelius’ response. For the last minute, Cornelius’ maudlin version wins out the duel and takes us out of the track with an increasingly loud and trebly synth drone.

9. “Free Fall”
The drone of track 8 suddenly pitches and slows down to the exact pace of “Free Fall”’s AM-radio guitar riff. This turns into a driving mock rock epic with electronic flourishes of drum machine rolls and space-age synth sounds. The song itself could fit well within Oyamada’s previous work, which is to say, this is not Fantasma’s most mature moment. “Free Fall,” however, adds some critical “rock” to what is nominally a “rock album” — and giving us a tough masculine moment before the electronic and pop tracks send us out.

The song’s great highlight is the reductive instrumental solo that harmonizes what sounds like a heavily processed metal guitar and portamento Moog lines, each standing proudly in separate stereo channels. And we get another meta moment at the end as the lyrics command “Slow down!” and the song suddenly starts to crank the pitch down until we end up in a sludge.

10. “2010”
At some point in the middle of production, Oyamada turned to his staff and said, “We need some Bach on this puppy.” They then dutifully downloaded the MIDI for “Fugue in G minor BWV 578,” sped it up, flipped the major part to the front and the minor part to the back, ran it through dinky synths, and added a complex backtrack of ultra-fast techstep rhythms. A harmonizing robot chorus and a sample from Noah Creshevsky’s “Great Performances” introduce the end result — “2010.”

This works as a nice counterpoint to “Monkey” but more importantly, doubles down on the album’s late 1960s baroque retro-futurism — channeling the math, science, speed, and technology at heart of hit record Switched on Bach as well as the outer space wonder of Kubrick’s 2001.

11. “God Only Knows”
“God Only Knows” begins with a fly moving around the headspace — a classic stereo demonstration technique — and then giant power vacuums jutting into the left ear to dispose of the flying pest. These vacuums multiply, then morph quickly into synth pads, and with windchimes acting as star twinkles, we are suddenly listening to the very sound of the universe — as commonly represented at planetarium events in science museums. Soon typical Fantasma rhythmic elements appear to move the soundspace into an actual song, and we are greeted with a repetitive one-line crescendo drone chorus in the mold of “Clash.”

The overall tone is grandiose — God, space travel, Brian Wilson — but the comparisons to the original “God Only Knows” are not particularly flattering to Oyamada’s skills at melodic composition. Oyamada’s way of paying tribute to possibly the greatest pop song ever written is to create a gigantic sonic landscape with no true hooks.

Again, however, the “song” isn’t in the song — it’s in the production. The bridge is particularly impressive — with what sounds like radio waves from Earth beaming out to the far reaches of the universe. “God Only Knows” works as a triumphant and ambitious moment for an album that may have otherwise been understood as detached and insular. Oyamada here creates perhaps the most bombastic expression of music nerdism ever — music nerdism as religious experience. Even as the song rolls out in an enormous exit, Oyamada quietly sings a wispy version of Jesus & Mary Chain’s “Just Like Honey” (also mentioned in the lyrics).

At the end, the vacuums appear again to suck up all the sounds, and Rita Moreno from “Electric Company” breaks the tension by screaming out: “Hey, you guys!”

12. “Thank You For the Music”
Fantasma thus begins its denouement with “Thank You For the Music” — a musical bookend to “The Micro Disneycal World Tour.” The instrumentation is similarly folky — bright guitars, harmonica, The Association harmonies, Sean O’Hagan himself on banjo — although it’s much more of a classic Oyamada lyrical song. In fact a less complicated version could have found a home on The First Question Award.

In good meta-album style, like the “Sgt. Pepper” reprise, the song’s lyrics point directly to the musical experience we have all enjoyed. (There is also a reference to “smiley smile” if you hadn’t figured out by this point that Oyamada really, really likes Brian Wilson.) There are multiple layers of gratitude at work here: thanking Oyamada’s favorite musicians for creating music, thanking the audience for coming along for the ride, thanking himself in the third-person for creating the musical journey.

At the bridge, the string descent of “The Micro Disneycal World Tour” returns but then moves into a cut-up radio wave sample fest that recalls other moments and elements from the album. This is critical to making Fantasma feel like a coherent whole, reminding us explicitly that we have been “places” — like a photo book from a vacation, with one short audio image to stand in for an entire previous soundscape. With the short-wave radio bursts noises, the entire thing sounds like it would to someone on another planet who is receiving all of the noise of human civilization and trying to make sense of it. The song ends with a polite refrain of “Adios” and then a tape delay that collapses into infinite speed and disappears with a fairy twinkle.

13. “Fantasma”
The name of final a cappella track “Fantasma” is most definitely an Os Mutantes reference, as Oyamada repeatedly mentioned listening to the band before he made Fantasma. The song offers a monkish, human minimalism as the end to an album all about instrumental maximalism. Behind all the machines, there actually was just one man — Oyamada Keigo. In the track, we just hear layers and layers of Oyamada’s heavily reverbed harmonies, in a song almost identical in production and melody to lost SMiLE track “Our Prayer.” As the Oyamada clones’ harmonies extend, falter, move around in the stereo space, and fade out, we are left with the single, real Oyamada, who gasps for air. The record is complete. Fantasma literally leaves Oyamada breathless just as John Henry is exhausted and dies on the spot.

Next time: Some personal recollections and Oyamada after Fantasma