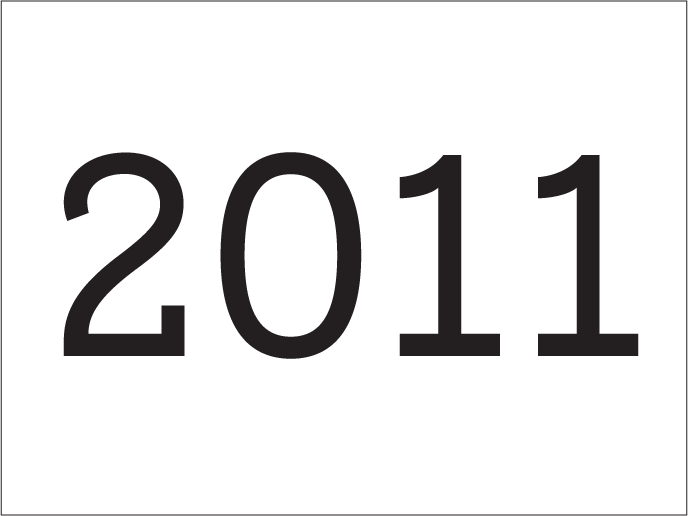 The end of 1981 saw the debut of a new women’s fashion magazine in Japan called CanCam. The name was curiously derived from the phrase “I can campus” and nominally targeted at female college students. Publisher Shogakukan created CanCam as a response to the popular magazine JJ from rival Kobunsha, which had arrived in 1975 and ushered in the “new traditional” (nyutora) boom in women’s fashion.

2011 thus marks the 30 year anniversary of that fateful January 1982 issue of CanCam, and while the magazine has seen a major decline in sales after the departure of iconic model Ebihara “Ebichan” Yuri, it is remarkable that this particular magazine of conservative Japanese fashion has stayed alive and relevant for so long, especially in lieu of recent days’ intense media churn.

Since CanCam put together a 30th anniversary issue and I got my hands on the debut issue for ¥105 in Nakano Broadway, I thought it would be useful to compare the two and see what has changed in the last three decades for the nation’s ojosama.

January 1982
The front cover, just as today, screams “Come On, Join Us!” — yet at the time, this call to arms was meant for an extremely limited set of women. In 1982 CanCam was not a media guide for a specific “consumer lifestyle” or fashion sub-group, but arguably, to an elite social class.

The issue’s main article “New City Formal ‘82 Manifesto” jubilantly suggests that readers dress in formal suits not just at “ceremonies” but as daily wear. Young women were expected to master the Louis Vuitton bag and a ¥480,000 Chanel suit — or its cheaper clone — as a complement to Western-style hotel lunches, airport visits, club house invites, theater, and something called “trad parties.” These idealized CanCam women do not just eat at hotels with other rich women once in a while but have a deep connection described as a “hotel life.” There is also an entire section on “what to wear to your après-ski disco party.” And these female college students apparently should know how to cook a Christmas chicken and other ultra-American dishes.

Yet despite CanCam‘s culture of the young madame, there was a certain level of cultural sophistication expected that you would never see in today’s likeminded magazines. There is an interview with former Happy End singer and “city pop” icon Ohtaki Eiichi as well as Chinese landscapes from famed photographer Shinoyama Kishin.

The overall effect is a magazine full of 21 year-old women who look middle-aged. At the time, Japan had spent a few years in the aforementioned nyutora boom. This was the country’s answer to American “preppie,” directly reflecting the culture and style of the nation’s most wealthy residents. The idea was to dress like women from good families in Kobe or Yokohama, shopping at their small shinise stores that had clothed the elite for decades. The initial issues of CanCam offered a guide to this unadulterated upper class dress, with absolutely nothing that could be considered “subcultural” influence. The magazine’s men meanwhile look like they were shipped in from a Spring semi-formal at Cornell: navy blazers, gray flannels, and red rep ties. If all fashion is indeed costume, the idea here was to look wealthier and older than your years — although not in a vulgar nouveau riche way. (A reminder: This is a few years before the Bubble economy.) The title of the issue’s hair guide could not make this message any clearer: “I want to look like an adult.”

This all boils down to the age-old “traditional” clothing ethic of TPO (time, place, and occasion) — coined by Ivy League-style instigator Ishizu Kensuke. But in this, CanCam connects its consumer focus to broader society. The editors were saying, you need to buy these things in order for you to properly participate in these activities at these locations with these worthwhile people. Not all the readers could necessarily replicate the lives of Japan’s affluent, but it says a lot that Old Money was the aspiration of the time.

By the middle of the first issue, however, CanCam suddenly admits that the fashion pages were a parochial fantasy, and that real women of the early 1980s dressed in a more casual and gaudy style. Suggestions for winter coats involve a “surfer” (?) variant that is just a varsity jacket. There is an article about vintage shopping in Osaka, where people are, gasp, wearing sweatsuits and bold primary colors. These glimpses of the real Japan show the degree to which the CanCam world was mostly imaginary, or at least, idealized and extrapolated from a tiny set of existing college students at the top private schools.

Ironically, this magazine, openly obsessed with Western culture, sees its biggest style antithesis in the actual American college students the editors encounter during a visit to “American campus life.” Every single student is in jeans and sweatshirts, co-habitating with their long-haired boyfriends in ragged apartments. (Surprise appearance from one time punk rocker, one time Harvard freshman, and now radio host Morley Robertson!)

January 2012
The January 2012 issue of CanCam (out in November 2011, natch) celebrates thirty years of publishing from the time of the fateful first issue. Although it spends most of its time celebrating the cult of CanCam rather than the lives of CanCam girls, there is enough material to see stark comparisons of how dramatically things have changed in the last 30 years.

First and foremost, the CanCam look has taken on heavy elements from gyaru culture. The style of CanCam has been known recently as o-nee-kei — “big sister style” — after the original 1990s kogyaru who grew up and became older, classier role models for the younger gyaru. These were the kogyaru who came primarily from upper to upper middle-classes — before the great “yankii-fication” of gyaru that happened in the late 1990s with ganguro. Yankii references, however, have slipped into any style related to gyaru aesthetics, so the pure upper-crusty-ness of the original CanCam has taken on lots of new signifiers that would have made the young madames of 1982 blush red like the beets in their New Otani salad.

This is most obvious in the preferred hairstyle — a pleasant golden brown — which would have gotten you expelled from private school back in the day. The Chanel-inspired tweedy suit still makes appearances, but alongside gaudy leopard print and phones bejeweled within every centimeter of their lives. Bags have teddy bears attached. The good news is that no one would confuse these women for being 40. They look their age, and more importantly, they look like they are having fun.

The original CanCam oddly spoke of a “campus life” while showing all the things women should be doing off-campus at hotels, airports, and private establishments. The new CanCam, however, has completely dropped the pretense that the readers are college students. The audience does include college students, but is mostly young Tokyo clerical workers of various class backgrounds. Most importantly they are not women living in the pockets of their parents, and so prices are more down-to-earth than the Chanel obsessions of 1982. In fact some of the clothing choices are actually cheaper than those presented in the original issue, despite 30 years of nominal inflation. The main section has entire outfits for around ¥20,000, which would have only bought you the left shoe of an Italian pair thirty years earlier. Tiffany & Co. makes an appearance but it’s jewelry for daily wear — not a single suit you’re likely to only put on once every few weeks.

CanCam also ceased its over-reliance on Western associations to create value and meaning. Although the typical CanCam-like magazine tends to use Tokyo’s more Western looking backgrounds for photoshoots, this particular 30th anniversary issue puts the models in intentionally Japanese places — a sento bath house, the downtown Asakusa neighborhood. They do visit Northern Europe as part of a Tintin advertorial, but the girls have been relieved of the impossible mission that everyone in Japan needs to suddenly become American.

Ultimately CanCam has given up being a newsletter for a specific social class in Japan, but instead, a highly welcoming consumer lifestyle that anyone can join. The issue’s front pages do the neat trick of dressing up idols from different genres, such as Momoiro Clover Z and Kyary Pamyu Pamyu, into the CanCam style. The girls, despite their usual personas, look utterly plausible as mini-Ebichans, thus emphasizing the degree to which anyone can arbitrarily choose to buy into the style. There are no barriers to entry.

As a trade off, however, the magazine had to completely drop all reference to wider society. The clothing is suddenly an end to itself, rather than specific tools to fit with certain times, places, and occasions in a social calendar. Perhaps there is greater economic incentive to turning a magazine into a shopping catalog rather than a manners manual, but this also reflects the degree to which all girls in Japan now can find their styles on a magazine rack and their clothing in a major shopping complex. When everyone is invited to the consumer market and aspirations towards old wealth are over, explicit elite codewords and narratives get in the way and must be removed.

This is fine, of course. But one worrying thing is that the de-emphasis of “occasion” seems to also have removed the men from the magazine. CanCam in 1982 is full of guys in Ivy style, loitering around at some parent-funded disco party. In the modern CanCam, however, men almost never appear. The January 2012 issue does have a “Xmas date” section but you barely see the men. Christmas feels like complete obligation: Oh that day every year where I have to go out with my boyfriend. (Interesting the men look like members of EXILE rather than A students.) Meanwhile there are triumphant images of a flamboyant “kirakira” party scene and a year-end bonenkai that feature no men at all. The CanCam world has become almost exclusively homosocial — perhaps another influence from the yankii-fication of gyaru culture.

During the 2005 Ebi-chan — the peak of Japan’s second wave nouveau riche culture — CanCam did promise its readers that they could meet a doctor if they only wore the right shade of peach. But when no one ended up meeting doctors or tie-less entrepreneurs who would carry them over the threshold of Roppongi Hills Residence, that particular dream imploded. Hence came the rise of magazines ViVi and Sweet — style for girls who want to impress other girls. CanCam now reflects this slightly depressing sexless present, and maybe it has to. Japan’s lack of children stems from a lack of marriage which stems from falling salaries and job prospects for young men. The idea of over-promising an easy path to marriage with affluent men has become a cruel hoax. So the editors dropped the whole “men” thing and now celebrate those years when young women can be young women. “Come on, join us!” — just don’t expect to meet any guys.