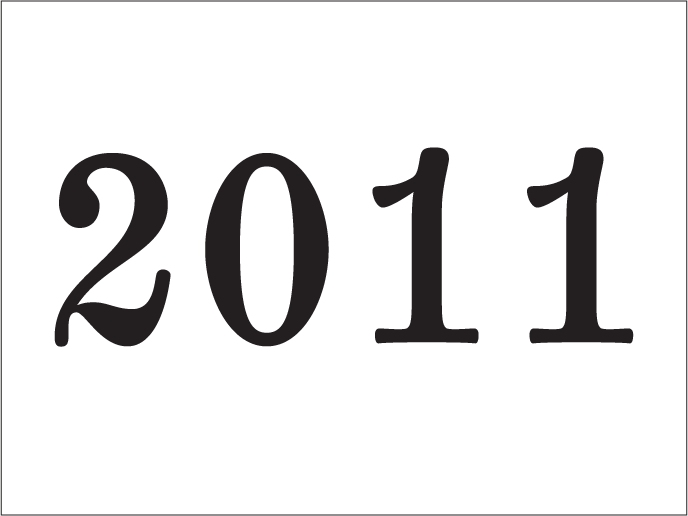 “この紋所が目に入らぬか — kono mondokoro ga me ni hairanu ka? — Can you not see this crest?” This question, which marked the climax of well over 1000 episodes of long-running Japanese TV drama Mito Komon 『水戸黄門』, must now be answered in the negative.

On December 19, 2011, the final episode of this institution of Japanese television was broadcast by network TBS. After a 43 year run, the last outing drew a very average 13.9% rating and recent episodes in prime time have been lucky to break 10%. What an end for a show that routinely topped 20% and even cracked 40% for special episodes in the 1970s.

Mito Komon was a samurai travel tale in which an elderly lord and his various helpers visit every corner of Japan, taking in the local sights and rescuing the downtrodden. The title character is a heavily mythologized take on the life of Tokugawa Mitsukuni of the Mito domain, a 17th century lord and member of the dominant Tokugawa family. Historians regard him as important more for his campaign to locate and preserve historical documents than for the nation-spanning journeys and action-packed hijinks of the TV series. Japanese scholars have delighted in pointing out that we have no good evidence that Japan’s most storied TV traveller travelled much at all.

The current iteration of the TBS website describes Mito Komon’s fictional sojourns as yonaoshi tabi (journeys to fix the world). The yonaoshi term is most clearly associated with late Edo Period popular uprisings against official and mercantile corruption. What historians have pegged as a groundswell of popular resistance — from politically-motivated riots to the carnivalesque eejyanaika (ain’t it great?) dancing of the last years of the Shogunate — is in Mito Komon TV given over to the title character. An elite samurai near the center of power, Mito Komon uses his authority, manifested in the series’ famous mondokoro, the Tokugawa crest that none would dare defy, to right wrongs and see the wicked punished, “fixing the world” in the process.

Over the run of 43 years, Mito Komon’s most frequent opponents were akukan (“evil” government officials) who he and his loveable goons Kaku and Suke chastised on behalf of bright and cheery commoners whose encounters with authoritarian power come off as, if anything, slight inconveniences. Despite the glance it cast on the corruption of samurai bureaucracy, in this formula Robin Hood has all the power of the Sherriff of Nottingham. Those two have created narrative drama in hundreds of iterations by occupying very different social spaces. Their powers, roguish populism on one hand and the iron authority of the state and on the other, are seldom shared, however, outside of Japanese TV dramas and the dreams of political demagogues. In essence, Mito Komon becomes a sort of argument that the best person for taking care of the country’s change-resistant elites is a change-resistant elite who just happens to be made of better moral stuff. As a result, the series sidesteps anything resembling a structural critique of Edo realities — which included no small amount of arbitrary violence, exploitation of the peasantry, and brutal punishments — and gone is the potential for any of this to reach into the present as allegory.

As a look at the past, Mito Komon seems trite compared to other mainstream visions that sprung from the same postwar milieu such as Yamamoto Shugoro’s 1958 bestseller Akahige Shinryotan (Red Beard’s Clinic), brought to the big screen by Kurosawa Akira in 1965, which looks alternately at the lot of women sold into prostitution and corpulent lords looking for miracle cures for their gout or diabetes (Akahige’s miracle cure: stop eating) while ordinary townspeople go hungry. All the while, Akahige’s various versions still avoid the depths of preachiness plumbed by Mito Komon. One reason why that show lasted for 43 seasons and Akahige became a “classic” only dusted off by a hard core of knowledge consumers, it must be said, is its infinitely repeatable, never challenging historical formula. If the past is to be a site of easy identification and sappy nostalgia, it has to be kept clean.

Mito Komon’s is a status quo imagination, suited to times of optimism but not to a Japan where most have long since ceased to accept, even as fantasy, the idea that benevolent old men can sweep away public problems. Amid the vicissitudes of samurai representation, Mito Komon ceased to be relevant decades ago. With declining ratings, it managed until this year to maintain a core of nostalgia viewers. Of the hundreds of farewell comments on the TBS Mito Komon website a great number are by people taking the final episode as an opportunity for reflection. Memories of growing up watching the show with now long dead grandparents abound. The show was loved, but were these commenters watching every week?

As Mito Komon bows out, historical representation in Japan is arguably more diverse than ever. Rightwing revisionism, which extends to the samurai past, has been widely discussed, but recent years have also seen the phenomenon of female fan communities “queering” samurai in just about every combination conceivable. Non-fiction tomes like Otome no Nihonshi (A History of Japan for Maidens, 『乙女の日本史』

) complement trans-media phenomena like Capcom’s Sengoku Basara (Devil Kings) and its heroes that feed no end of dojinshi fantasies. This is not “progressive,” but it can be read as an interesting example of Japan’s fujoshi fangirls taking the edge off patriarchy’s historical roots by sublimating it to consumer culture. This has a more mainstream parallel in the manga and various drama and film versions of Ooku (The Shogun’s Harem, 『大奥』

), a challenging piece of alternative history where women rule Japan and the servile and effete histrionics of what becomes of traditional masculinity grounds a look at gender roles as historically contingent, shaped by power relations and economics. Shirato Sanpei’s 1960s classic Kamui-den, the most ruthlessly political of all period manga, spawned a barely so-so 2009 film, but new printings of the manga and a hit series guide Kamui-den Kogi (Lectures on Kamui-den), which ties the patterns of historical exploitation laid bare in the original to today’s contingent laborers, speak to a niche renaissance in period manga revival which has also seen the recent reprinting of the works of gekiga iconoclast Hirata Hiroshi. The 2000s have not been kind to period pieces on television, but on movie screens, Yamada Yoji’s Tasogare Seibei (Twilight Samurai, 2002) and Miike Takashi’s Ju-san-nin no Shikaku (13 Assassins, 2010) share a hard critical edge and a willingness to look alternatively at the banality and brutality of much of samurai history.

Amid all of this, Mito Komon will likely only be missed by viewers who have clung to it for comfort in times of often unsettling change. There are plenty of alternatives, however, for audiences that want something more than the show’s vision of popular complacency. Ordinary Japanese do not need to wait for latter day samurai lords to save them, nor does history in popular culture have to be about longing for better days. It can also be about how to face the worse or imagine something better.

Matthew Penney is an Assistant Professor in the Department of History, Concordia University. His research specialty is Japanese popular culture with a focus on images of war and violence.